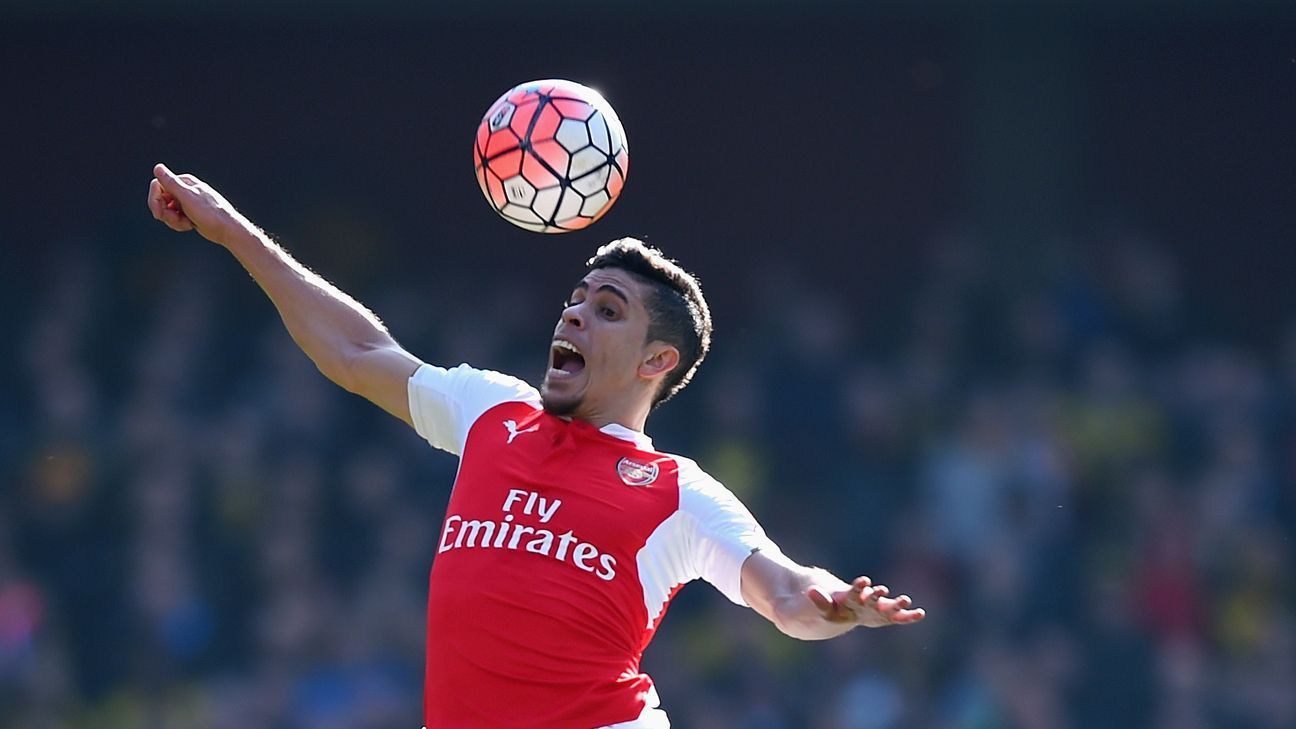 
Arsenal defender Gabriel Paulista is on the verge of joining Valencia in a reported €12 million deal.

Gabriel arrived in Valencia on Thursday, and Superdeporte reported that the 26-year-old will sign a five-year contract.

He moved to Arsenal from Villarreal for £15m in 2014 but struggled to earn a regular place in Arsene Wenger’s side.

Gabriel will be reunited with his former Villarreal coach Marcelino and told reporters: “I’m very happy and delighted.

“I’ve spoken to Marcelino on several occasions and I know his method of work.”

Kondogbia’s agent will be at the Mestalla on Friday to complete the deal after the two clubs reached agreement on a season-long loan deal with an option to buy.

Marcelino wants reinforcements to arrive as soon as possible and said ahead of his team’s La Liga opener against Las Palmas on Friday: “I’m confident we will have a competitive team before Aug. 31. I’m convinced we will have a minimum of four new players.”