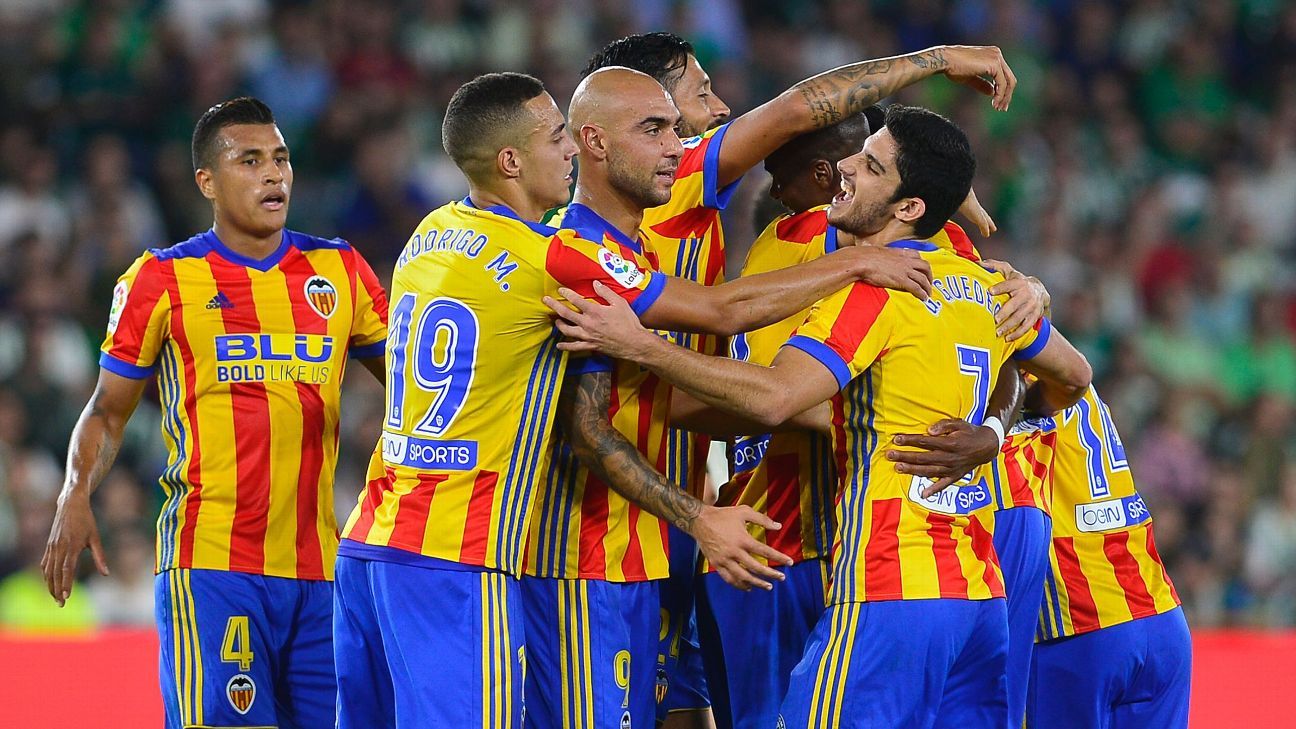 
Valencia climbed to second in La Liga, but only after Real Betis threatened to stage a remarkable fightback before succumbing to a 6-3 loss.

The free-scoring visitors looked home and dry as they moved into a 4-0 lead in the 74th minute at the Estadio Benito Villamarin, but 10 minutes later Betis had got it back to 4-3, only for Valencia to finally kill the game with two more goals at the death.

Unbeaten Valencia made it 17 goals in their last four games as they recorded a fourth straight win, moving a point ahead of Real Madrid and four behind Barcelona.

A bizarre game featured seven goals in under half-an-hour in the second half as Joel Campbell, Antonio Sanabria and Cristian Tello netted with smart finishes in a six-minute spell from the 79th minute to put Betis on the verge of a stunning comeback.

But Valencia avoided that embarrassment thanks to strikes from Simone Zaza and Manchester United loanee Andreas Pereira.

The visitors had looked set to win in far more routine circumstances when goals from Geoffrey Kondogbia and Goncalo Guedes put them two up at the break and, after Betis’ Sergio Leon saw his penalty saved by the legs of Neto, Rodrigo and Santi Mina made it 4-0.

Villarreal followed up their 3-0 win against Eibar with a 2-1 victory at Girona.

Cedric Bakambu hit a hat trick in that game and he was on the scoresheet again with two more goals at the Estadi Montilivi to take his tally for the campaign to seven league goals.

Cristhian Stuani pulled one back before half-time for Girona, who are now without a win in six outings.

After shipping 13 goals in heavy defeats against Barcelona, Celta Vigo and Villarreal, Eibar stopped the rot by securing a much-needed point.

Deportivo, who headed into Sunday’s fixture with two victories from their last three matches, posed limited threat in a drab affair at the Ipurua Municipal Stadium.

Malaga remain bottom of the table with only one point so far this season after a 2-0 home defeat to Leganes.

Second-half goals from Gabriel Appelt Pires and Alexander Szymanowski lifted Leganes up to sixth in the standings as they extended their unbeaten run to four matches.