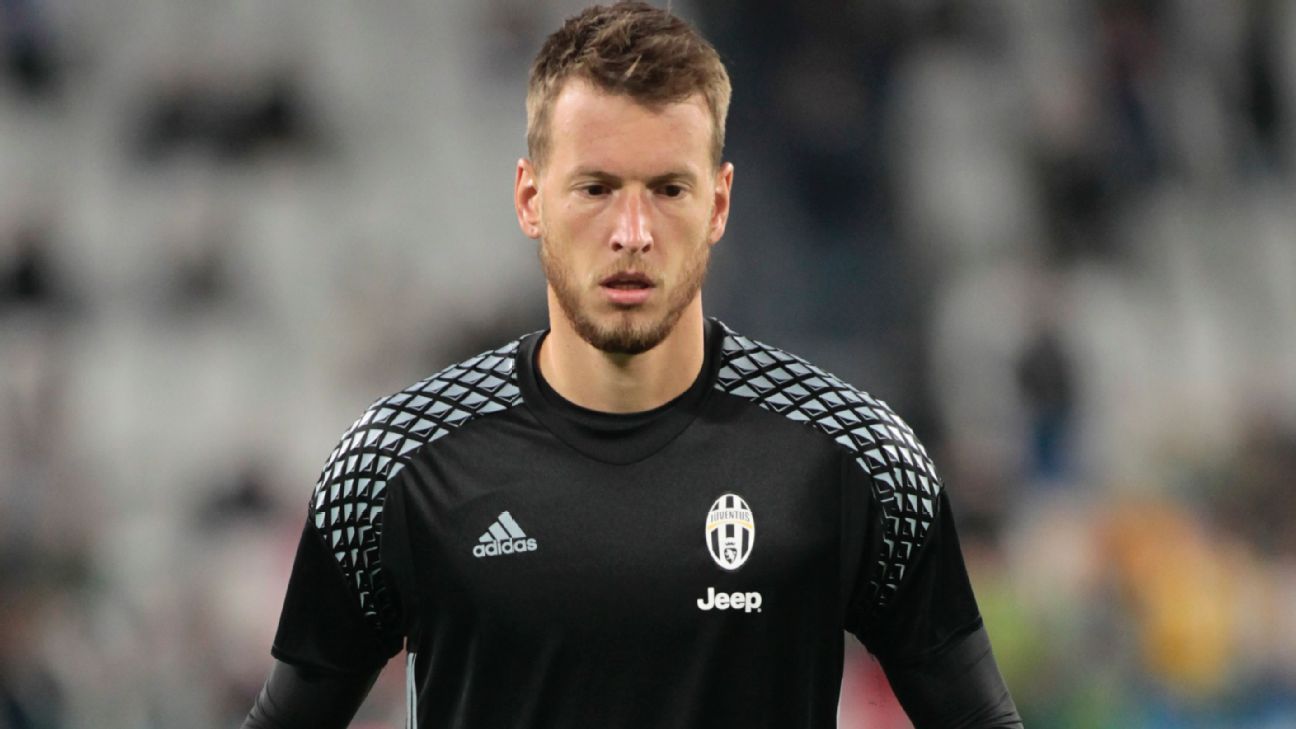 Local newspaper Levante reports that the La Liga side is on the verge of acquiring the Brazilian player, who is tied to the Serie A champions until June 2019.

According to the publication, the 27-year-old Neto will arrive at the Mestalla stadium in a €7.5 million transfer.

Asked about Neto’s possible arrival, Marcelino told local station CV radio: “We are battling to get him because he is our first choice.

“I’ve heard him [Neto] say that he wants to be the Valencia goalkeeper. It’s a consensual agreement.”

Neto, Gianluigi Buffon’s understudy, has made just 11 Serie A appearances since joining Juve from Fiorentina in 2015.

He was, however, the club’s first-choice goalkeeper in the last two editions of the Coppa Italia that Juve won.

Neto is reportedly keen to join the Spanish outfit and has agreed personal terms with Valencia despite the Turin giants having reportedly received a higher bid from Watford, according to Tuttosport.

Ryan had joined Valencia on a six-year contract from Belgian side Club Brugge in 2015 but made only 10 appearances for the Spanish side and spent last season back in Belgium on loan at Genk.

“We were told that Ryan wanted to be a starter and I could not guarantee anyone a starting place,” Marcelino said. “A good offer came along and the deal was done.

“But Ryan was always very correct and simply transmitted his wish without disrespecting anyone.”