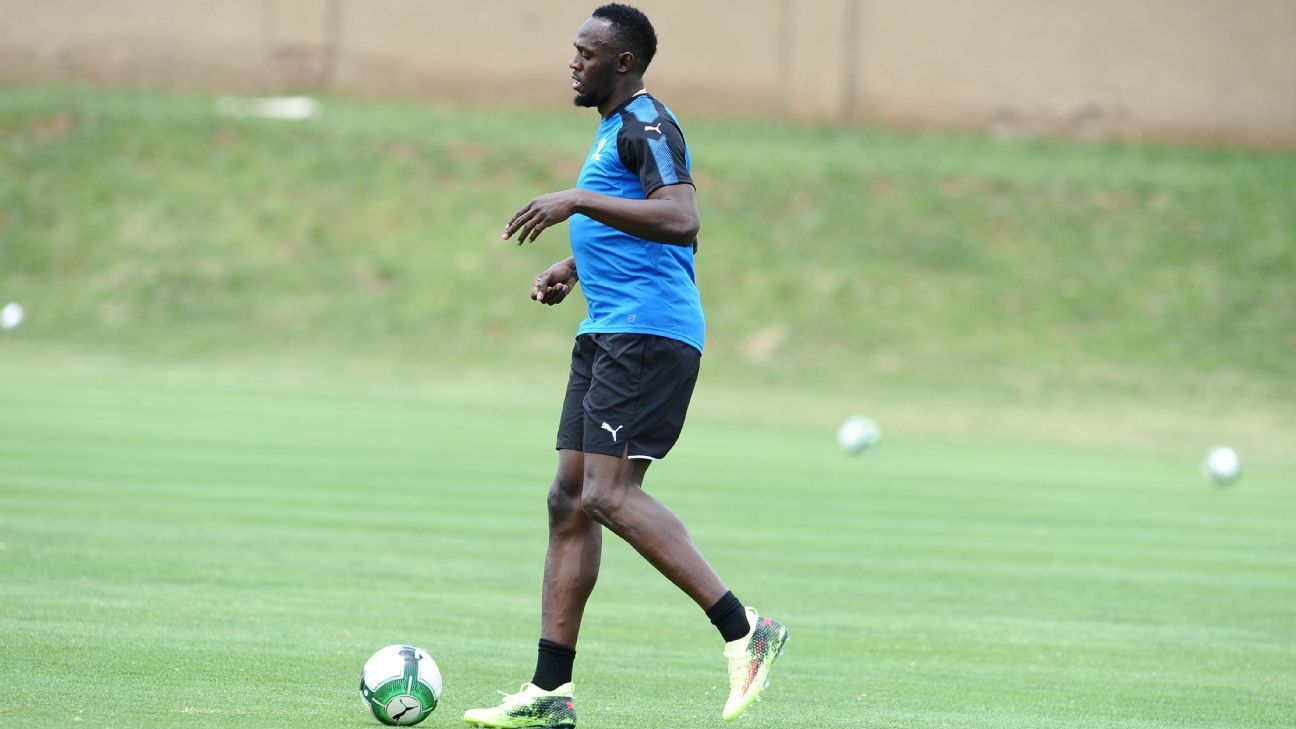 
Usain Bolt continued to tease the world about his football ability by releasing a video of himself training on Tuesday.

The sprinter said last month that he’d signed for a football club, only to reveal a day later that it was only for a charity match at Old Trafford.

Bolt is also reportedly set to have a trial with Borussia Dortmund during the current international break, and the Jamaican is already modelling the kit while training.

Of course, Dortmund’s kit makers Puma also sponsor Bolt, so the shirt probably wasn’t too hard for him to obtain.

Not a terrible header there, but one would imagine he’d have to do a lot more to impress scouts.

One man who isn’t laughing is Xavi Hernandez, as the Barcelona legend told So Foot that Bolt will never achieve his footballing dreams.

“I love Usain Bolt, he’s a great athlete. Physically, nobody comes close. Who runs faster than him? No one,” Xavi said.  “But with all due respect to him, he will never make any difference on a football pitch.