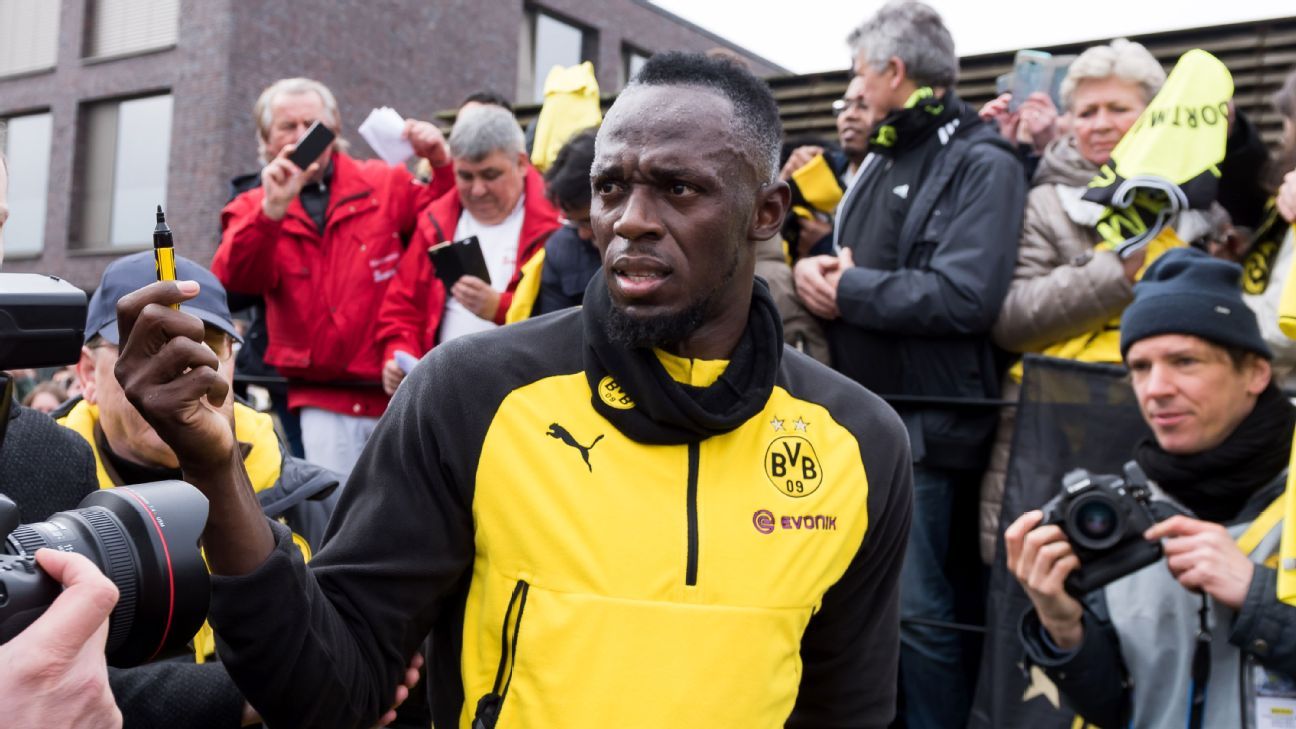 
Usain Bolt said he will return to Borussia Dortmund for an extended trial after an initial two-day opportunity with the Bundesliga club last month.

Bolt, the eight-time Olympic gold medallist and world-record holder in both the 100 and 200 metres, told the Herald Sun that he was invited back to Dortmund after impressing during his first trial.

“For me, it’s a big deal,” Bolt said. “Everyone feels like I’m just kidding around, just joking, but I’m serious. I’m actually going back to Dortmund in a couple of weeks to work with them for three more weeks just to assess myself at a better level [and] to see what level I’m at or what I need to do or if I can.

“That’s something I’m focused on doing and I’m looking forward to the challenge because that’s what I want. I want a new challenge in life and that’s my focus.”

Bolt, 31, said after the trial, which he accepted because Dortmund promised him an honest assessment of his abilities, that he would give himself “a seven out of 10.”

He also trained with South African club Mamelodi Sundowns in January and has repeatedly said he is serious about making the transition to football.

“It’s a little bit more technical, but throughout my life, I’ve always dabbled myself in soccer because I played in high school a little bit,” Bolt said. “Even while I was running, I played with my friends and stuff. I understand [the sport].

At a news conference at the Commonwealth Games in Gold Coast, Australia, earlier in the day, Bolt said that he has continued to work with Dortmund because “they are really helping me to work out where I am going.”

He also expressed confidence that Jose Mourinho would lead Manchester United, his favourite club, past rivals Manchester City in the Premier League next season.

“I believe in Jose,” Bolt said. “We have kept our heads so far. We have always played well against the top teams. Next season, we’ll do better.

“It’s not like we’re doing extremely badly. We beat [City] the other day and Liverpool beat them twice [in the Champions League]. It’s one of those things. They had a good run and it worked out.”