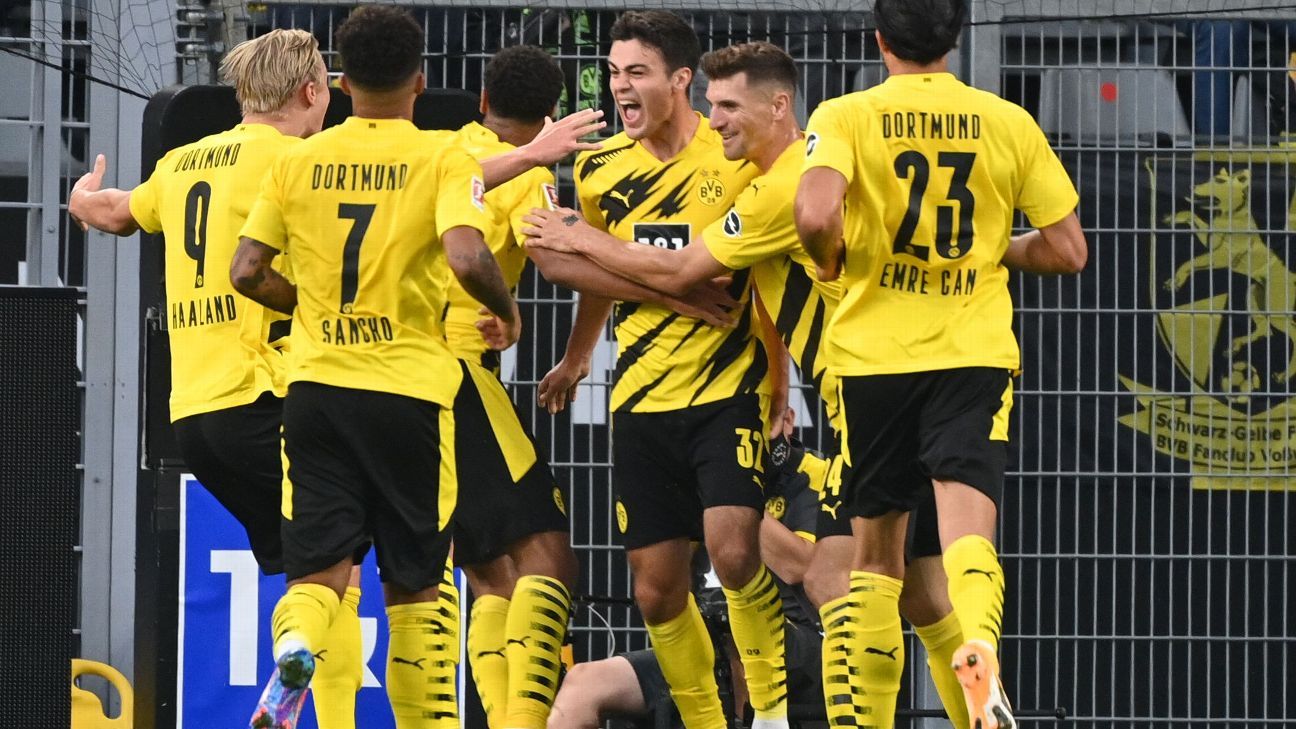 Germany’s top division is on ESPN+. Can Bayern Munich stay on top or will the likes of Borussia Dortmund and RB Leipzig take over?
ESPN+: Live games and replays (U.S. only)
Bundesliga home | Schedule | Standings

The U.S. youth international, who scored on his season debut in the DFB-Pokal at Duisburg on Monday, got the start in his side’s league opener at the Signal Iduna Park and marked the occasion with a strike in the 35th minute
to open the scoring.

Reyna, who is the youngest American to appear in a Bundesliga game, raced onto a diagonal pass from Jude Bellingham inside the box and fired across goalkeeper Yann Sommer and inside the far post for the milestone goal.

Shaka Hislop marvels at the link up between 17-year-olds Gio Reyna and Jude Bellingham for Borussia Dortmund.

Speaking after the game, Reyna, who also won a penalty for the second Dortmund goal, said he was pleased to help secure a win and said scoring and assisting goals was what he expects of himself this season.

“To try and help the team in any way possible,” he said of his role. “I think that I am ready to take on a bigger role and I think you’ve seen that in the first few games I started. It’s gonna be a tough season with a lot of games. It’s really about how I can help the team and score goals and give assists.”

At 17 years, 311 days old, Reyna is the second-youngest American scorer in the German top flight, trailing only Christian Pulisic, who scored aged 17 years and 211 days in 2016.

The former NYCFC youth product now has two goals and two assists in all competitions since joining Dortmund in July 2019.