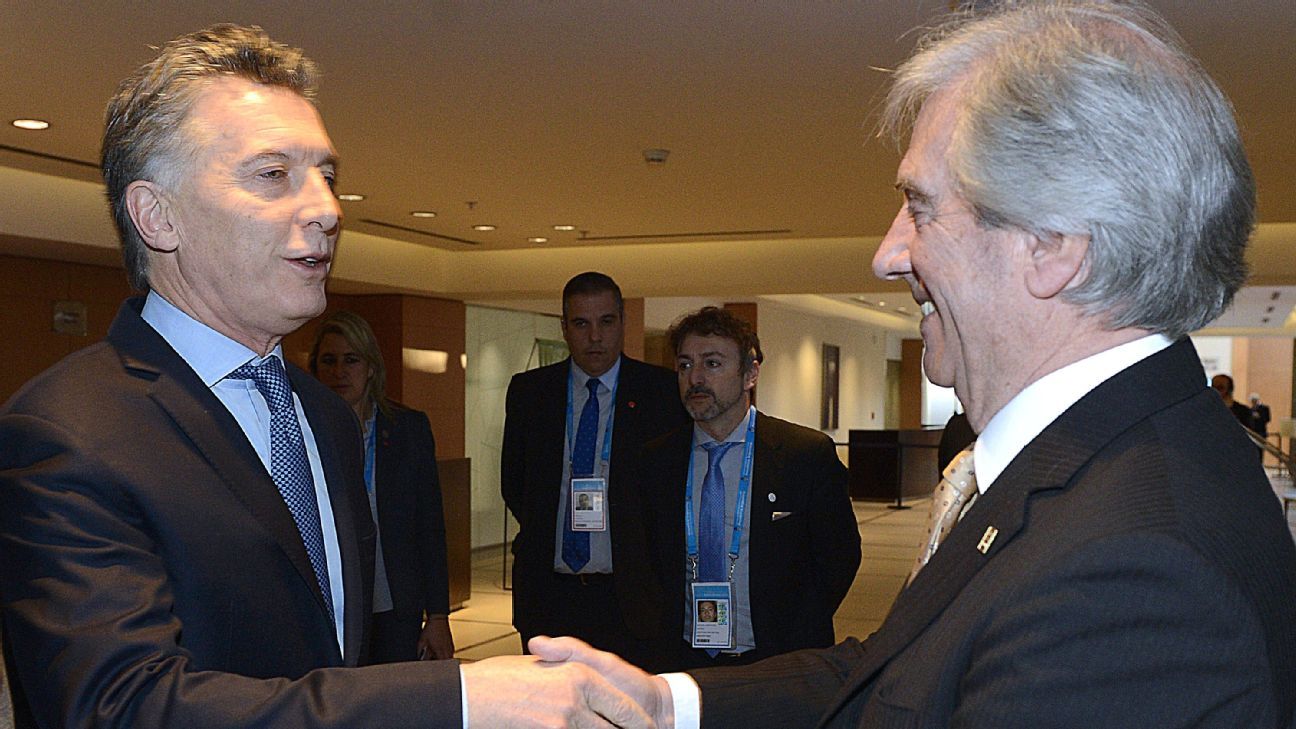 
It is about to be made official. Next week, Uruguay and Argentina will announce their wish to host the 2030 World Cup and thus celebrate the centenary of the tournament.

The World Cup was first held in 1930, with hosts Uruguay defeating the River Plate neighbours Argentina in the final. Just 13 teams partook in a competition that was restricted to Montevideo, Uruguay’s only large city.

The size of the country clearly rules out any thought of going alone to stage a contemporary World Cup, hence the need to bring in a partner. Even Uruguay and Argentina together might struggle to deal with the 48-team monster that now is being proposed for future tournaments. A Uruguay-Argentina World Cup — the latter clearly would stage the bulk of the matches, but one hopes that key events such as the opening game and the final would be reserved for Uruguay — certainly would be a fitting way for football to honour its own history and the contributions made by South America.

While Europe was busy with the World War I, the Copa America came into existence in 1916; held almost annually in the early stages, it rapidly helped bring about a huge improvement in playing standards. This was clear when Uruguay swept all comers to win the gold medal in the Paris Olympics in 1924, a feat they repeated (with Argentina taking the silver) four years later in Amsterdam. The Olympic tournament, though, was open only to amateurs. A competition open to amateurs and professionals alike obviously was needed, and when Uruguay offered to finance the inaugural competition, it was given the right to stage the 1930 World Cup.

In the following decade, professionalism came to football in Uruguay, Argentina and Brazil, further improving standards, and while Europe once again was tearing itself apart, the 1940s were a golden era for the South American game.

Since then, though, things have moved backward. Club football in the region is greatly diminished and has become an export industry, producing players for Europe, the Middle East, China and Major League Soccer. One of the justifications for a Uruguay-Argentina World Cup would be to help the game in one of its traditional heartlands, though this argument surely is undermined by the experience of post-2014 Brazilian football.

First, though, the host for the 2030 centenary World Cup has to be chosen by FIFA. This is by no means a foregone conclusion. With the U.S. front-runners to claim the 2026 World Cup, would the idea of consecutive World Cups in the Americas prove a problem? It also would mean three consecutive World Cups outside Europe and five outside Western Europe, as well as Africa being forced to wait more than two decades to see the tournament for the second time.

Uruguayan president Tabare Vazquez and his Argentine counterpart Mauricio Macri will stage an event on Aug. 30, with surprises promised, to launch the 2030 campaign.

Then Uruguay and Argentina will be partners. But the spirit of River Plate cooperation will swiftly be put to the test. On Aug. 31, the two neighbours again will be rivals, meeting in Montevideo with vital 2018 World Cup qualification points at stake. It is a match that neither side can afford to lose. Before turning their minds to all the things that would need to be done to stage the 2030 tournament, many in Argentina and Uruguay might well be more concerned with finding the path to Russia.