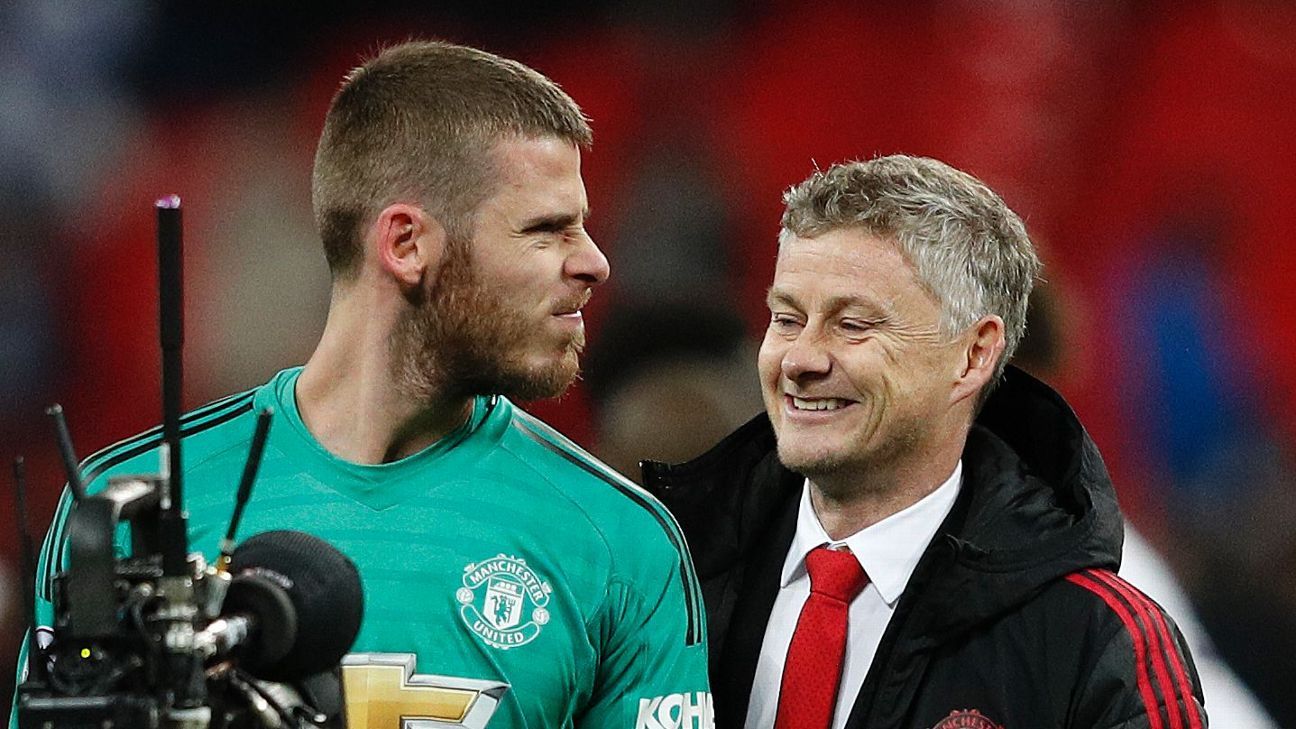 
Manchester United goalkeeper David De Gea says he and his teammates will “fight to the death” for struggling boss Ole Gunnar Solskjaer.

Pressure is mounting on the Norwegian manager, as United have won twice in the league this season and needed penalties to beat League One side Rochdale in the Carabao Cup on Wednesday.

“The most important thing is that everyone is behind him,” De Gea told DAZN when asked about Solskjaer. “We are with him. We will fight to the death for him. He is a good coach, and we will be with him until the end.”

Solskjaer replaced the sacked Jose Mourinho on an interim basis in December and picked up 25 points in his first nine Premier League games in charge. He signed a three-year deal to continue at Old Trafford back in March, but fortunes have turned since. De Gea still has confidence Solskjaer is the right man for the job.

“You could see that since the first day he arrived, we won 10 or 12 [eight] straight games,” De Gea said. “He took over at a difficult time. He is part of this [United] family, he’s been here for many years, and he knows the club well and the people who work here.”

This month, De Gea, who joined United in 2011 from Atletico Madrid, signed a contract extension with the Red Devils, thus ending speculation regarding his future.

The Spain international had been linked with a return to La Liga over the summer but put pen to paper on a contract until at least June 2023.

“It is a special club, the biggest in England, and it gives me great pride and pleasure to have been at this club for so many years,” De Gea said of United. “I am happy, I’ve been here for a long time and I’m really happy. It’s a wonderful club with extraordinary fans.

“We have had some tough years, but that is why we’re here, to try and help. I hope we can achieve big things in the years to come.”