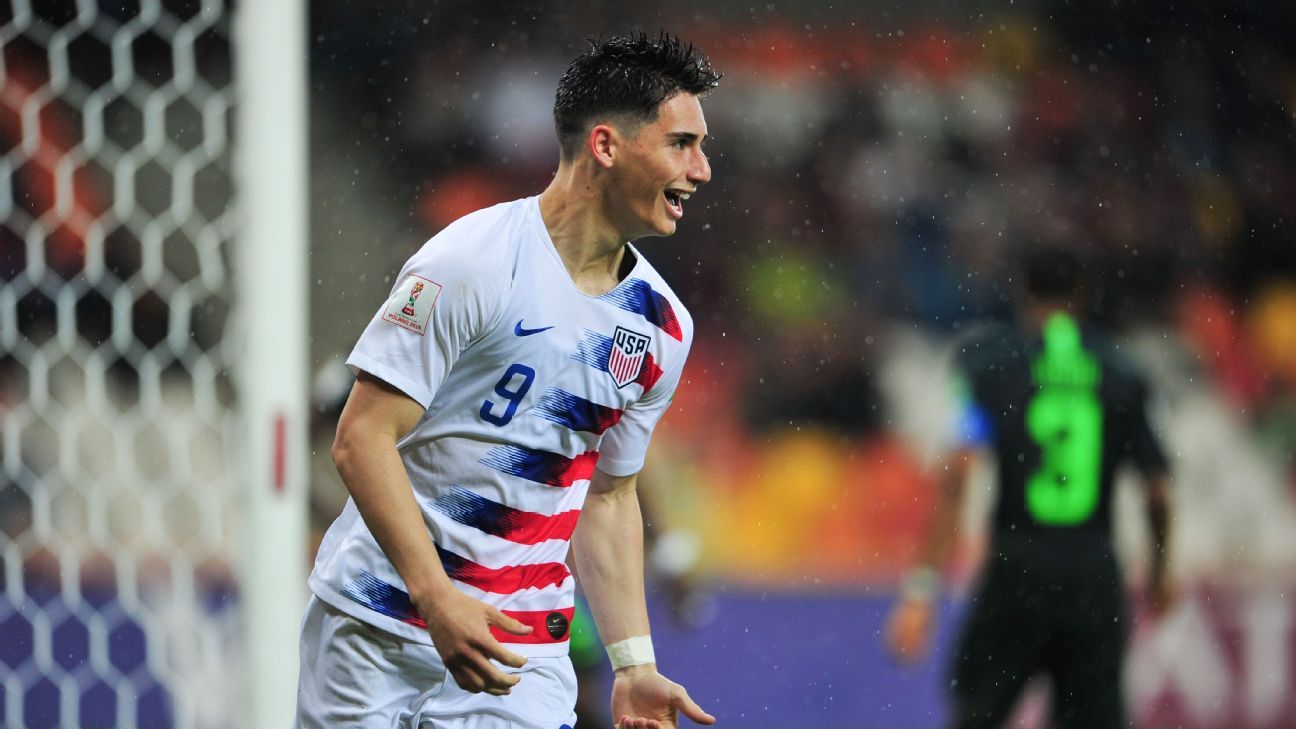 
U.S. youth international Sebastian Soto has completed his move to English Championship side Norwich City, the club announced on Tuesday.

Soto arrives on a free transfer, signing a three-year deal plus an option of another year after his contract with 2.Bundesliga side Hannover 96 expired. As Soto’s application for a work permit was denied, he’ll be forced to go out on loan for the first year of the deal, with a move to Dutch Eerste Divisie side Telstar among the possibilities.

👋 Hello, Soto! 👋@USMNT youth international Sebastian Soto has joined the Canaries on a deal until 2023! 👊

“The facilities here are really impressive. From the minute I arrived here, it’s given me a lot of excitement.

“Being a young player, it’s nice to hear that the head coach gives us a chance. It was a big factor in me moving here.

“I’m striker that loves scoring goals. I love being part of a good team that plays good football.”

Soto, 20, made five first team appearances for Hannover, and much was expected following an impressive set of performances for the U.S. Under-20 side at least year’s FIFA U20 World Cup. But once it became apparent that Soto wouldn’t sign a new deal with Hannover, his place in the first team was compromised with injuries and overall competition for places also playing a part.

Norwich was recently relegated from the Premier League, but if Soto makes the most of his loan move, it could be a case of good timing. Top scorer Teemu Pukki will be 31 by the time Soto’s presumptive loan would end, which might put the American in a better position to contend for a starting spot. The club did recently sign 23-year-old Luxembourg forward Danel Sinani.

Employment regulations will change when the UK leaves the European Union in January 2021, making it easier for Soto to get a work permit.

Norwich also has some history of making smart use of player loans. Midfielder Todd Cantwell spent the back half of the 2017-18 season at Dutch side Fortuna Sittard, while center-back Ben Godfrey spent that same campaign at League One club Shrewsbury Town, logging over 50 league and cup appearances. Both returned to become important contributors for the Canaries.

Soto signed with Hannover in 2018 after rising through the youth system at MLS side Real Salt Lake. He made a positive first impression at Hannover, scoring 17 goals in 24 appearances with Hannover’s U19 team during the 2018-19 season. He made his first team debut later in that campaign.

How the internet reacted and where it ranks
Guinness World Record holder Sebastian Abreu, who played for 31 clubs, retires
Ronaldo breaks more records in Portugal’s win over Hungary, but will the goals continue to come against sterner opposition?
Barcelona see Bayern’s Kingsley Coman as Ousmane Dembele replacement
Benjamin Pavard injury at Euro 2020: France insist they followed UEFA protocol vs. Germany