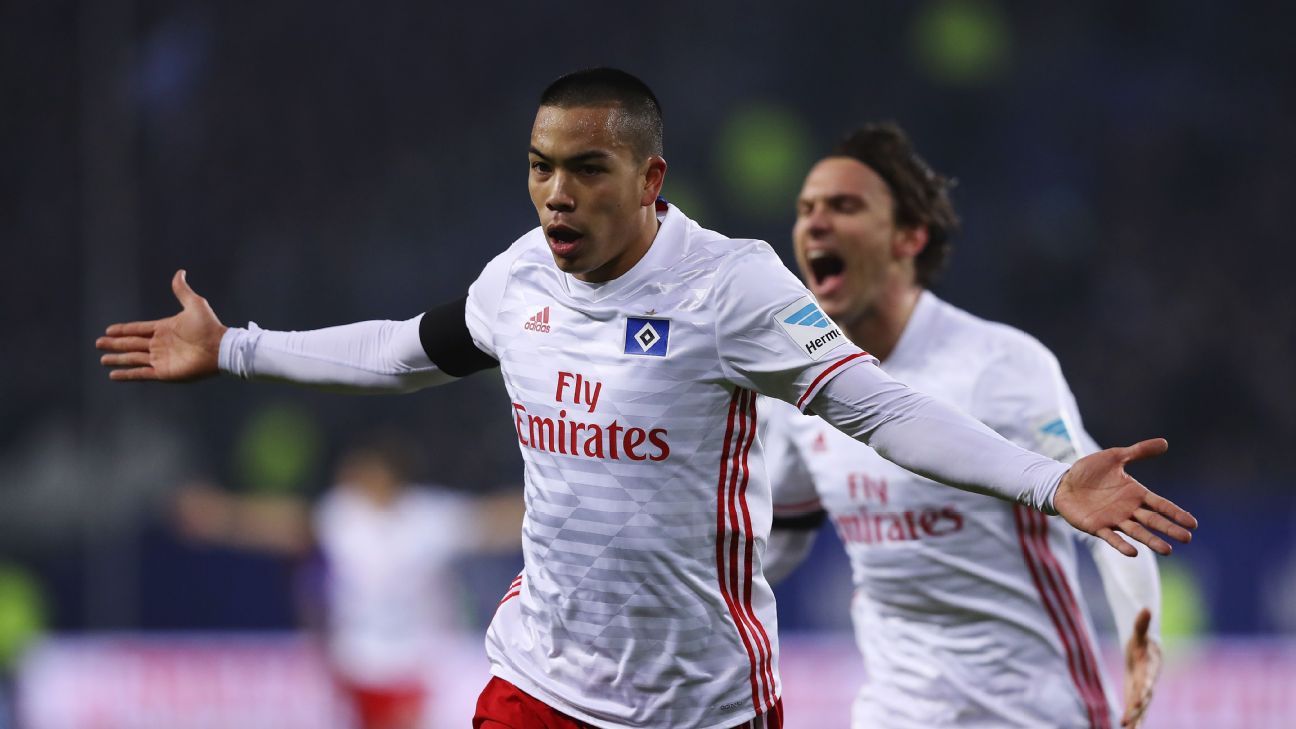 
United States forward Bobby Wood has extended his contract with Bundesliga side Hamburg until 2021.

Wood joined Hamburg from second-tier club Union Berlin last year, but had been linked with a move away after details of a €12 million release clause emerged and Wood switched agents.

Hamburger Morgenpost reported last month that a new deal was on tap, with Wood set to make an annual salary of around €3 million.

Reports had previously suggested Leicester City, West Ham and Borussia Dortmund had been interested in Wood.

The 24-year-old scored five goals and set up two more in 28 Bundesliga games last seasons after scoring 17 times for Union the season before.

“Not only his goals count for us, but his readiness to run and challenge,” Hamburg sporting director Jens Todt said. “Bobby is a key player for our offense and a real team player.”

Wood has eight goals in 32 appearances for the United States. He started the most recent World Cup qualifier against Mexico earlier this month.