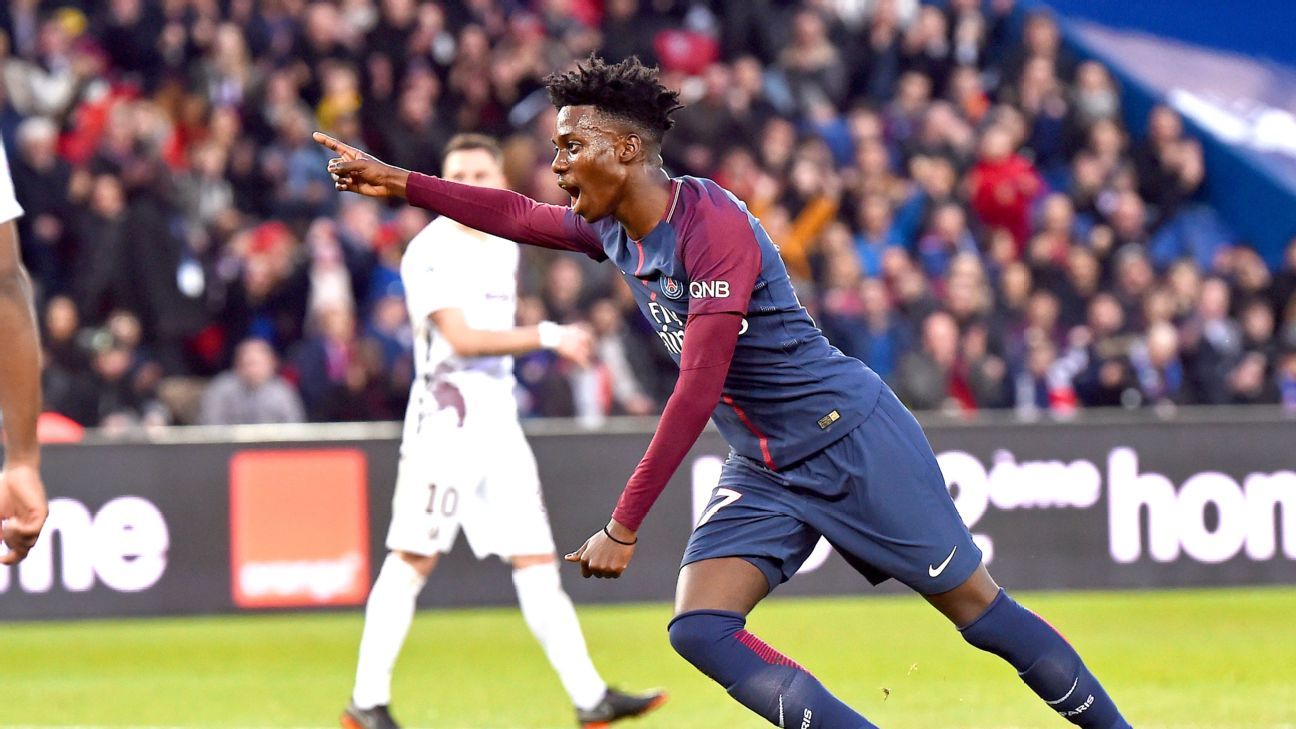 
PARIS — Paris Saint-Germain will be without injured midfielders Marco Verratti and Lassana Diarra, as well as left-back Layvin Kurzawa, for their Coupe de France semifinal away at Caen on Wednesday, after the trio were left out of coach Unai Emery’s 19-man squad.

Central defender Presnel Kimpembe is back after domestic suspension, while rising United States starlet Timothy Weah has been drafted in, along with fellow youth academy product Kevin Rimane.

Verratti, 25, continues to struggle with a left adductor problem that has kept him out of action recently, while Diarra, 33, shortens Emery’s options further because of a left-thigh complaint.

However, the likes of Thiago Motta, Adrien Rabiot, Javier Pastore, Julian Draxler and Christopher Nkunku should have the Spaniard covered in midfield.

Kurzawa, 25, has a back issue, which means that Yuri Berchiche will almost certainly start at left-back.

Weah, 18, is back in after being left out for the Ligue 1 title-clinching win over Monaco last weekend and could play some part, while Rimane, 27, boosts Emery’s defensive options — as does the returning Kimpembe.

Despite the talk surrounding a potential return to senior action for Hatem Ben Arfa, Emery has the left the France international out.

PSG detail that Ben Arfa, 31, is out because of a right knee injury. But regardless of his fitness, Emery’s comments on Tuesday suggest that he will never play for the club again.

“Hatem has known the situation since the start of the season and was reminded about it during the transfer windows,” said Emery.

“He decided to stay with us for the rest of the campaign and we must respect that. However, in the end it is me who makes the decisions and I pick, as well as play, the players that I believe are best.

“Am I sad for him? There are 14 players who can play in each match — that is football.

“With the club, there has been clear communication with him about his role, and he must respect that decision.”

With both goalkeepers Alphonse Areola and Kevin Trapp fit and the Germany international set to start between the sticks at Stade Michel d’Ornano, youngster Sebastien Cibois has been left to train with the reserves.