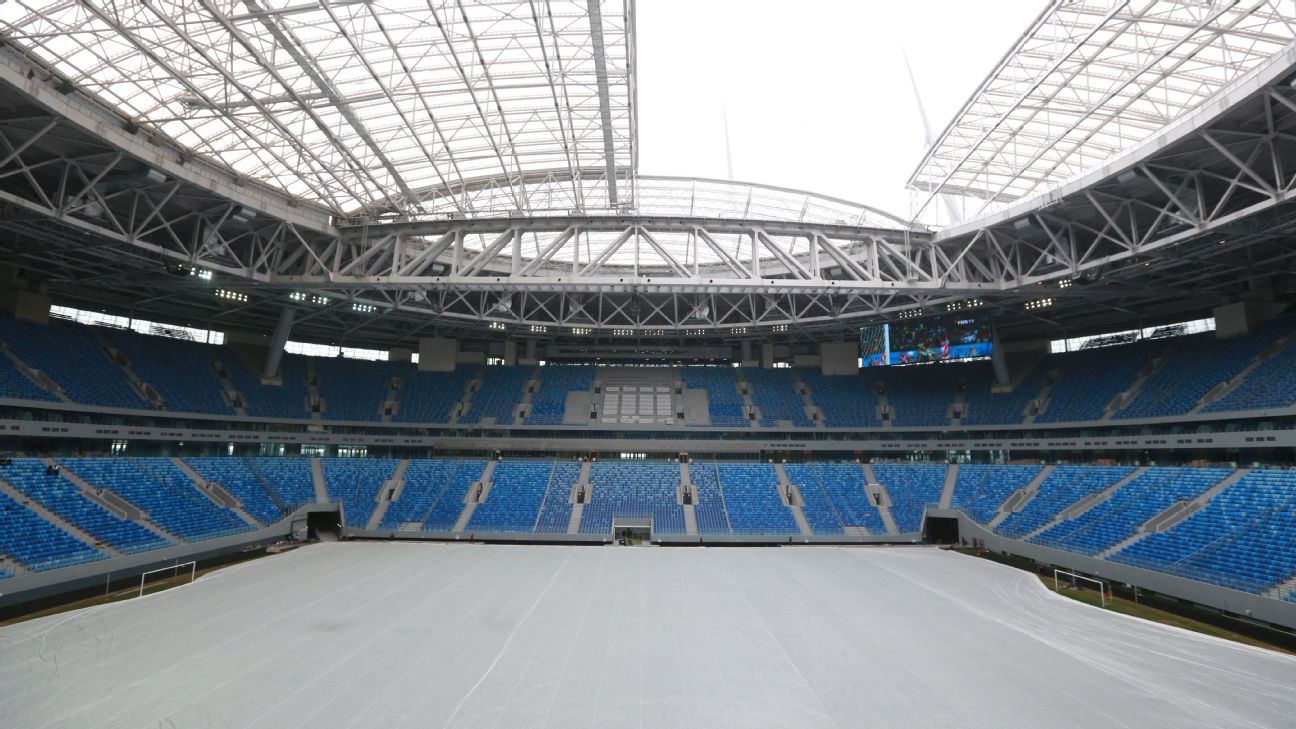 
The head of the body responsible for World Cup stadium inspections has told ESPN FC that FIFA is bowing to Russian political pressure and afraid to confront construction companies over implementing better working conditions.

Ambet Yuson, the general secretary of Building and Woodworkers International, the global trade union for construction workers, told ESPN FC that “the political climate and sensibilities in Russia” meant “FIFA is unwilling to take on the stadium construction companies and tell them what to do.

He said: “The World Cup stadium inspection system is failing because our recommendations are being ignored.

“The Russian construction companies are not listening to us, and neither FIFA nor the Russian World Cup organising committee do anything about it.”

Speaking about the challenges facing BWI’s World Cup inspection work, Yuson said FIFA “is not fulfilling its human rights obligations and has to start intervening.”

He stressed that it was the responsibility of world football’s governing body “to ensure that our recommendations are fulfilled.”

Yuson said the World Cup inspection system had effectively been outsourced by FIFA to the Klinsky Institute, a Russian-based company that specialises in labour protection and working conditions.

It carries out stadium inspections jointly with BWI.

He said: “We pass our recommendations to the Klinsky Institute who are responsible for liaising with the construction companies and ensuring that they are implemented.

“But you can’t leave it to local inspectors who want to maintain Russian national interests. This is why FIFA has to step in.

“Monitoring is good, but it has no value if it’s not accompanied by change and penalties.”

Yuson is also a member of FIFA’s Human Rights Advisory Board, created in an attempt to ensure that human rights are incorporated into the organising of next year’s World Cup, Qatar 2022 and future tournaments.

He was speaking following publication of a report by Human Rights Watch (HRW) which claimed World Cup workers in Russia faced exploitation and labour abuses.

“We are concerned that more will die as we approach stadium completion deadlines with the tournament less than a year away” Yuson said.

“That is why FIFA has to start taking action. The same problems are recurring, and it is the workers who are paying the price.”

Yuson said FIFA and Russian construction companies had ignored a number of key recommendations including an independent investigation into the 17 fatalities, contracts for all workers and ensuring that people were paid on time.

He added: “We have had no response from anyone to any of these.”

FIFA was contacted for comment and referred ESPN FC to a statement released after the HRW report that 58 inspections had been carried out at Russia World Cup venues since the start of the monitoring system in April 2016.

The statement added that, since then, the number of problematic issues had reduced by 72 percent.

“Based on the results of consecutive inspections, there is clear evidence that the monitoring system is helping to improve labour standards,” it said.

Yuson revealed that he would meet FIFA officials next month to discuss improvements to the World Cup monitoring system.

He added: “Our attitude is that we still have time, but it’s up to FIFA to ensure that we have a more effective mechanism in place to stop workers from being exploited.”

Vivek Chaudhary covers FIFA and the financial side of the game for ESPN FC. Twitter: @viveksport