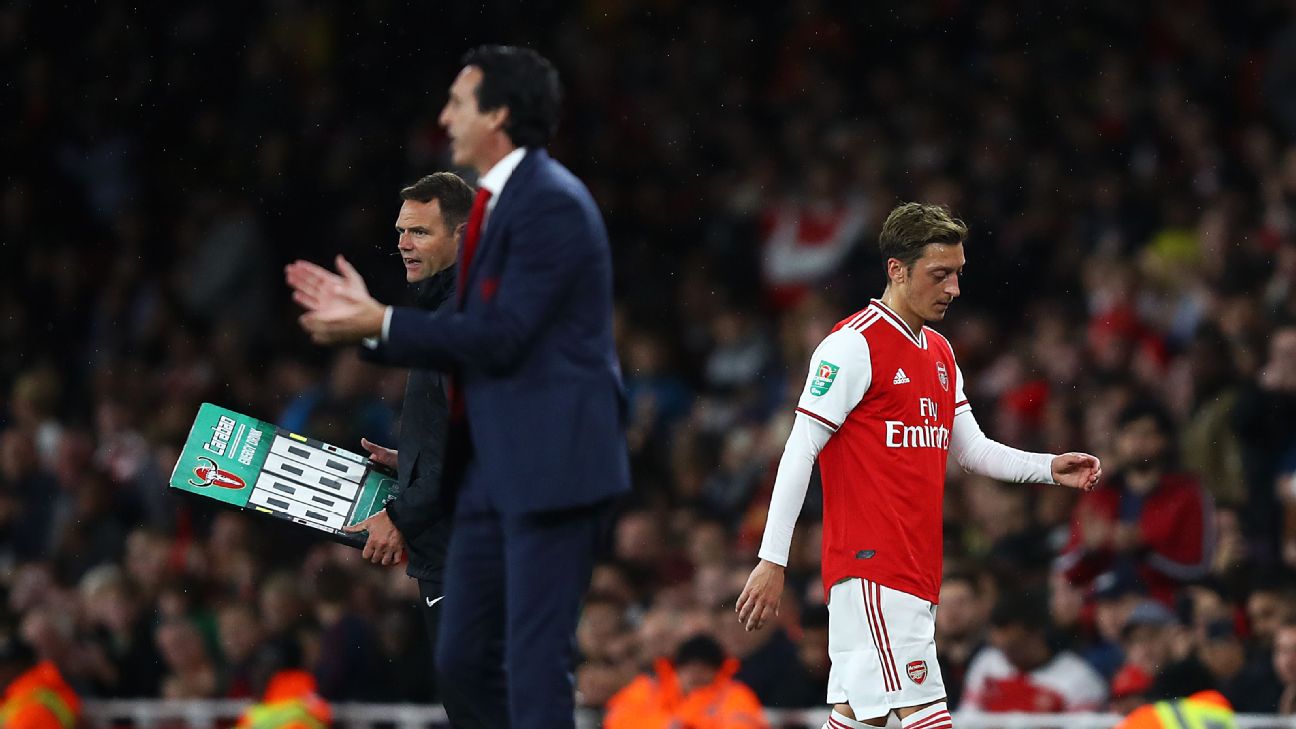 
Arsenal manager Unai Emery has said other players deserve to be included in the matchday squad more than Mesut Ozil.

Ozil was left out of the squad for Arsenal’s 4-0 win in the Europa League against Standard Liege on Thursday.

Ozil was also omitted for the 1-1 draw at Manchester United on Monday and has only made two appearances for the club this season.

“When I decided he isn’t in the squad, it is because I think another player deserves it more.

“The best first 11 possible to achieve our target to win on Sunday and also adapt to that difficulty of playing Bournemouth. And carry on our way, that is the same in each match.”

Arsenal forward Gabriel Martinelli excelled once more with two goals and an assist on Thursday and Emery praised the youngster for his impact on the team.

“He played in this position with us and in every training he showed us his hunger to be with us,” Emery added.

“I used him as a striker because in Brazil he played this position. It’s not the best position for him, but the first [thought] in his mind is to help us, his performance and aptitude was amazing.”