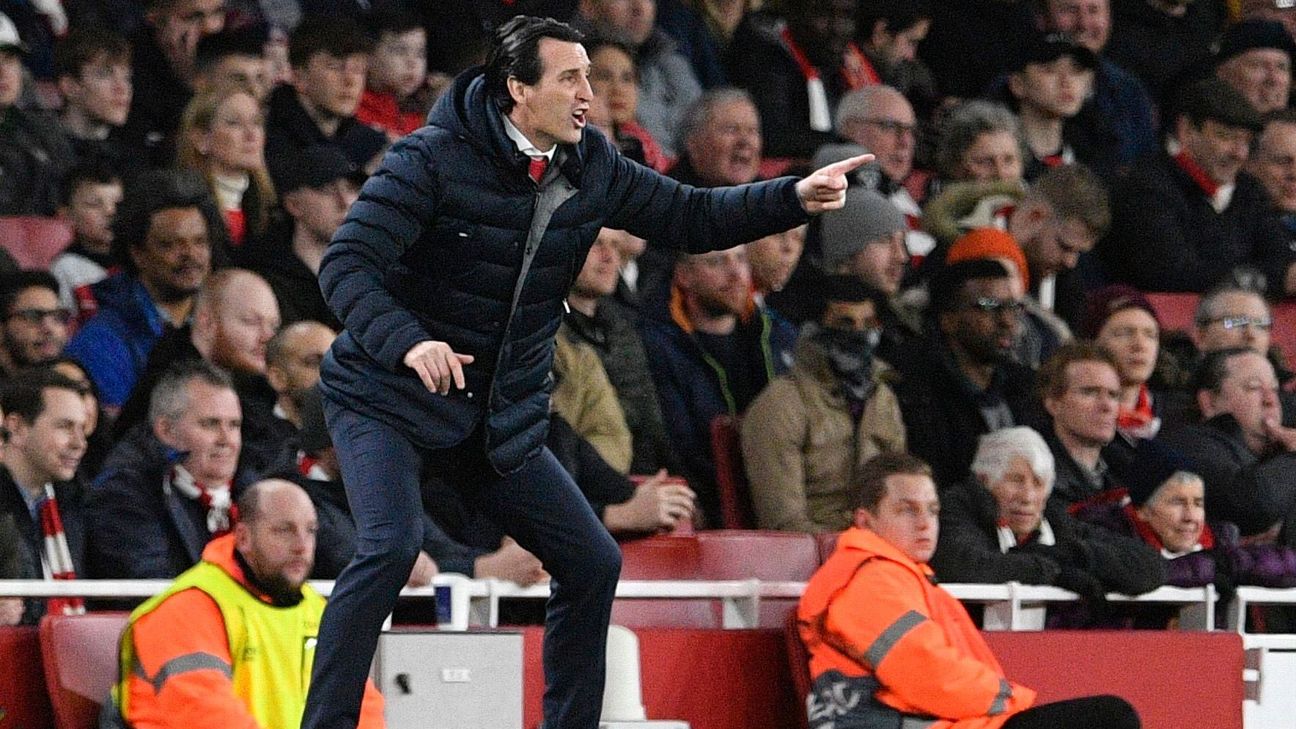 
Arsenal manager Unai Emery hailed his side’s ability to cope under pressure after they came back from a 3-1 loss in the first leg of their Europa League last-16 tie with Rennes to win 3-0 on Thursday and advance 4-3 on aggregate.

Pierre-Emerick Aubameyang struck either side of an Ainsley Maitland-Niles goal as the North London side joined local rivals Chelsea in the quarterfinals of Europe’s second-tier club competition.

Arsenal became only the second team in Europa League history to win a tie after losing the first leg 3-1.

“This comeback was very difficult, but I think the reaction was very good from every player,” Emery told reporters.

“We can be proud of our players today because it was a very difficult week — (Manchester) United on Sunday and today against Rennes.”

Arsenal’s 2-0 home Premier League win over Manchester United on Sunday kept alive their hopes of a top-four finish and a place in the Champions League next season.

“Playing under pressure is good, growing up under pressure — with each player playing like a team and feeling the difficult moments to give us our best performance,” Emery said.

Arsenal have missed out on Champions League football for the last two seasons, and their poor away record remains a big concerns. Although they have no more top-six teams to face in the Premier League this season, they play more away than home fixtures.

Nevertheless, Emery said the Champions League, Europe’s premier club competition, was not his only focus because the Europa League — which he won three times in a row from 2014 to 2016 as manager of Sevilla — also provides the chance for silverware.

“I said to the players today, I’m excited (about) this competition, but it’s exciting not only for the possibility to go to the Champions League, but also because it’s one title,” he said.

“Today, Inter (Milan) are out, Sevilla are out — a big surprise. And the last teams, they are all very important, and it’s going to be very difficult,” Emery said.

For his side, the focus must always be simple.

“We are going to think the same before every match. The next match is the most important for us,” Emery said.