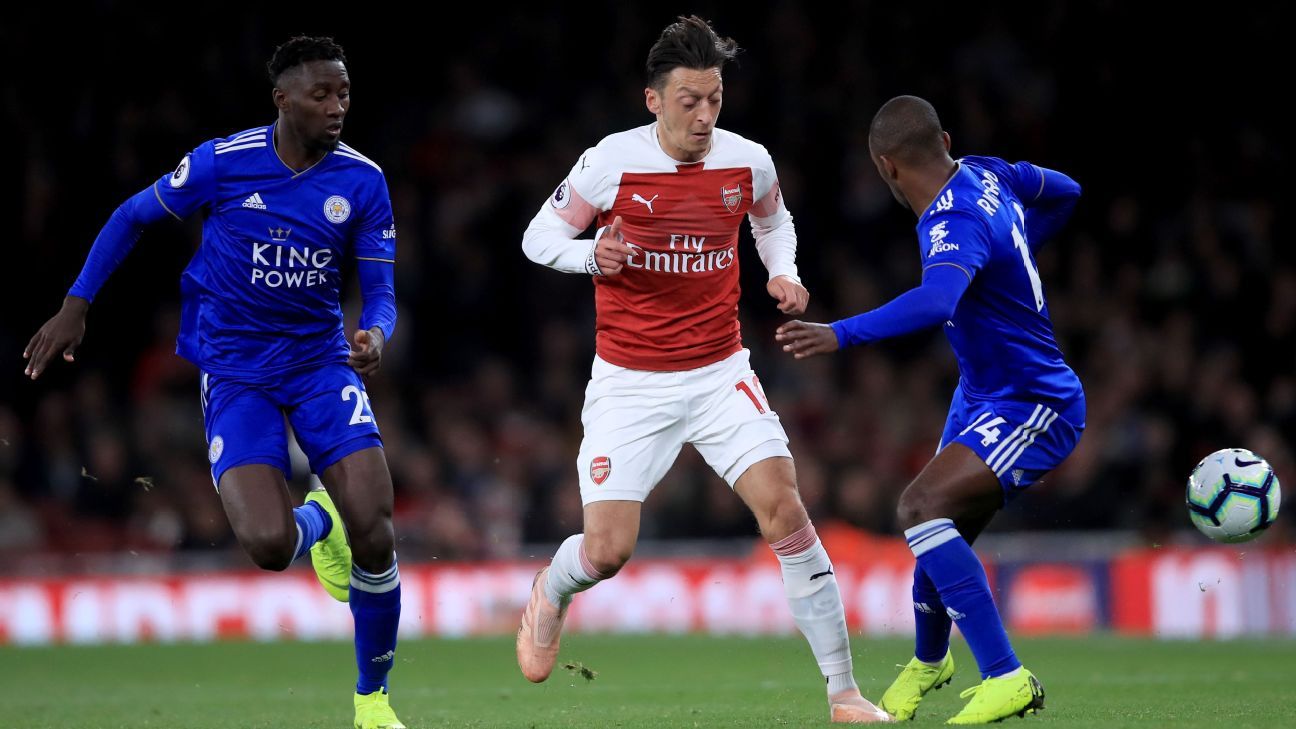 
LONDON — Arsenal coach Unai Emery has called on Mesut Ozil to keep putting in performances like the one against Leicester on Monday and backed his captain for the day’s claim that the team played “sexy football.”

Ozil was the star man at the Emirates, scoring a first-half equaliser and helping create two goals for Pierre-Emerick Aubameyang after the break as Arsenal rallied for a 3-1 win. It was Arsenal’s 10th straight win in all competitions — a first such streak since 2007 — and Ozil’s best performance under Emery, as the German lived up to being named captain for a Premier League game for the first time.

Emery was quick to focus on the team performance after the match, but said he was pleased with the leadership Ozil showed in dragging his team back into the game.

“Yeah, it’s very important [to be a leader] in this situation. But we have in the team a lot of players with this capacity,” Emery said. “I think he [Ozil] can play every match with this commitment and with this quality, [whether he is] captain or not captain.”

Ozil equalised with a calmly taken finish inside the far post and combined with Hector Bellerin to set up Aubameyang for Arsenal’s second goal. His best moment came in the build-up to the third goal, which included a backheel flick in midfield, a dummy to let Alexandre Lacazette get the ball before bursting into the area to collect a pass from the Frenchman and square for Aubameyang with a deft touch from the outside of his boot.

Ozil himself described it as “sexy football” on Twitter after the game, and Emery agreed with that description.

I think we played some sexy football tonight 😎💪🏼 Proud captain of this team and this club! © #YaGunnersYa ❤ #M1Ö @Arsenal pic.twitter.com/iPFGxViAes

“Yeah,” Emery said. “For Mesut, today was a very good performance, and a very good victory together. And also we are going to push and demand for ourselves and for him also, this regularly.”

Emery was forced to start right-back Stephan Lichtsteiner on the left after both Nacho Monreal and Sead Kolasinac picked up hamstring injuries on Sunday. The Switzerland veteran struggled at times to cope with Leicester’s pacey attack and was taken off after an hour, leaving midfielder Granit Xhaka to fill in at left-back.

But Emery still singled out Lichtsteiner for praise because of his attitude on the pitch.

“But with the attitude and the commitment, for us it’s very important. And the same for Xhaka when he was playing left-back, I am very happy with every player. With Mesut and the same with Lichtsteiner.”

Arsenal remained just two points behind leading duo Manchester City and Liverpool and are now level on points with Chelsea. But Emery refused to speculate about the team’s title chances.

“I think we need to continue with calm,” he said. “For us it’s not important to think about the end (of the season). We need to think that the next match is against Crystal Palace next Sunday.”