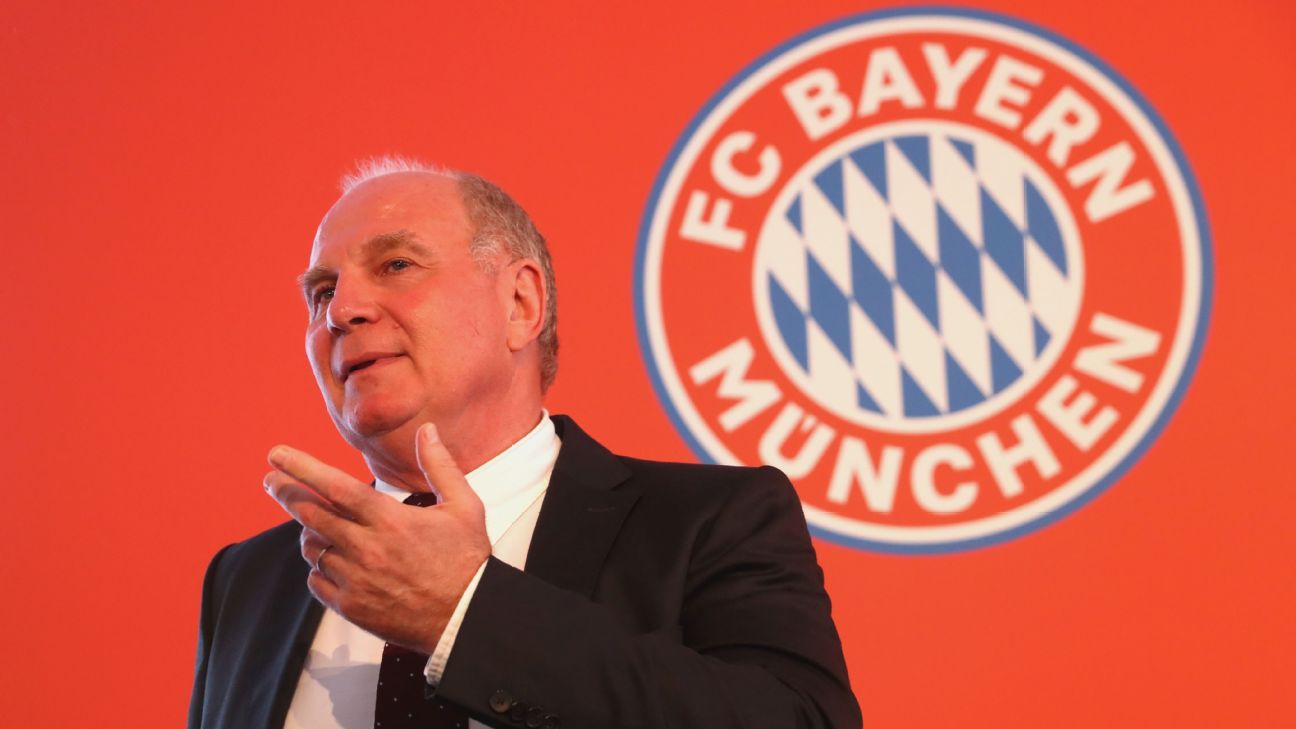 
Bayern Munich president Uli Hoeness has told kicker that “a €100 million player is unacceptable” for the German champions as his club prepare to face big-spending Paris Saint-Germain in the Champions League on Wednesday.

Hoeness’ comments follow recent criticism of the club’s transfer policy from top scorer Robert Lewandowski, who said Bayern needed to spend big in order to compete with the top clubs.

PSG signed Neymar for €222m and Kylian Mbappe on an initial loan that is set to result in a permanent €180m transfer next summer, but Bayern’s record signing was Corentin Tolisso, who joined from Lyon for €41.5m this summer.

“The market is way too hot at the moment,” Hoeness said. “Clubs are now goading each other. I’ve clearly said that a €100m player is unacceptable for Bayern.”

Hoeness backed his club’s way of doing business and issued a warning to rival clubs.

“The time will come when all those clubs that have spent large amounts of money will have to cut their spending because they didn’t have the success the investor had in mind,” he said.

“Because of our decision not to sign any very expensive players, we have been accused of taking the wrong path in the market which could lead to the downfall of the club — but instead people should be singing our praises because we have been successful down to our own work and resources.”

Hoeness pointed to the fact that “only one team can ever win the Champions League” each year and said investors would lose patience if they fail to win the competition, leaving an opportunity for Bayern to take advantage.

He added: “The investors will say: ‘We have pumped so much money into it but still haven’t achieved what we set out to do. We’ve had enough.’ And then our time will come.”

Hoeness, a former player and general manager at Bayern, says they are well placed to go deep in this season’s competition despite an underwhelming start in the Bundesliga.

“What an opportunity we have,” he said. “Just to be clear if we play to our potential and players remain fit for key periods then we also have the chance to win the Champions League this season.”

Bayern spent €70m on new players in 2007 in an effort to rebuild after finishing fourth in the Bundesliga.

Asked whether Bayern would find the right answer to the current explosion in transfer fees, Hoeness said: “Yes, of course, but all in good time.”