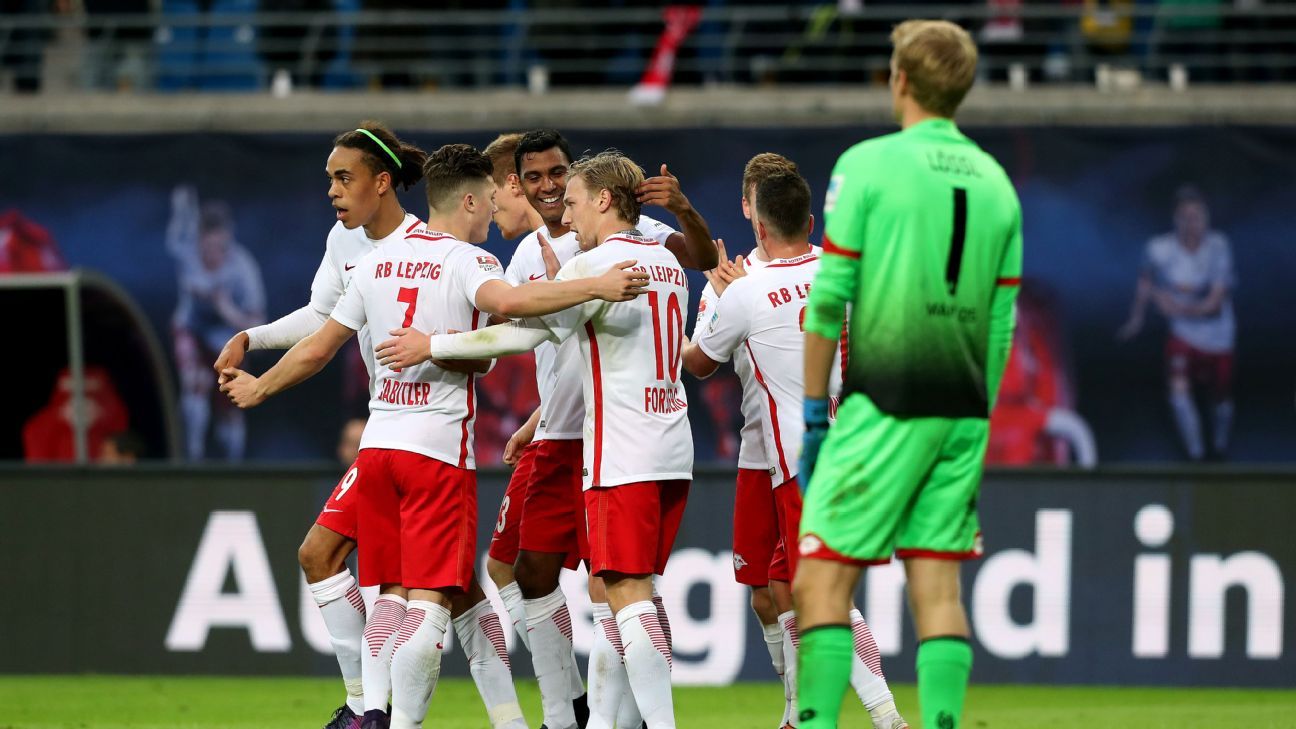 
UEFA will reveal more details of the concessions made by RB Leipzig and Red Bull Salzburg to comply with rules that ban clubs owned by the same entity from playing in the same competition.

Having initially been told they would not both be able to play in the Champions League next season, the clubs met officials from UEFA’s club financial control body (CFCB) last week to explain a series of changes made to Salzburg’s ownership.

The finer points of these changes have not yet been made public, but Press Association Sport reports that that Red Bull billionaire Dietrich Mateschitz no longer owns the Austrian champions, several Red Bull employees who held management roles have left and Red Bull is now only a sponsor on reduced financial terms.

These moves were enough to satisfy UEFA that the clubs comply with its article five on the integrity of competitions, although answers to questions about who now owns Salzburg, how much they paid and what Red Bull’s sponsorship is worth will have to wait until CFCB’s “reasoned decision” is published either later this week or early next week.

Salzburg have not yet replied to Press Association Sport’s attempts to answer those questions.

In a statement on Tuesday, UEFA said: “Following a thorough investigation, and further to several important governance and structural changes made by the clubs (regarding corporate matters, financing, personnel, sponsorship arrangements, etc), the CFCB deemed that no individual or legal entity had anymore a decisive influence over more than one club participating in a UEFA club competition.”

Mateschitz bought SV Austria Salzburg in 2005 and renamed the club after his energy drink, having already made a similar move in Formula One.

A year later, he repeated the trick a year later with Major League Soccer club the MetroStars, rebranding them the New York Red Bulls.

The 73-year-old Austrian then founded clubs in Brazil and Germany — the latter occurring when he bought the playing rights of fifth division side SSV Markranstadt, a city near Leipzig, in 2009 with the aim of taking RB Leipzig to the Bundesliga within eight years.

They narrowly missed that target, achieving it in their ninth season, but were immediately successful in Germany’s top flight, pipping Borussia Dortmund to second place behind Bayern Munich last season.

Salzburg, meanwhile, have dominated Austrian football under Red Bull’s ownership, winning eight titles since 2005 and the last four in a row.

As champions they would have had priority over Leipzig, meaning the latter would have been prevented from playing in UEFA competitions without the changes at Salzburg.

The news has been well received in the German media, despite Leipzig’s unpopularity with many fans because their corporate structure is out of step with the country’s traditional ownership model of clubs controlled by their supporters.

Leipzig’s chief executive Oliver Mintzlaff is widely quoted in the German press explaining that he has stood down as “head of global soccer” for Red Bull’s clubs — a position formerly held by Gerard Houllier — in order to comply with UEFA’s rules.