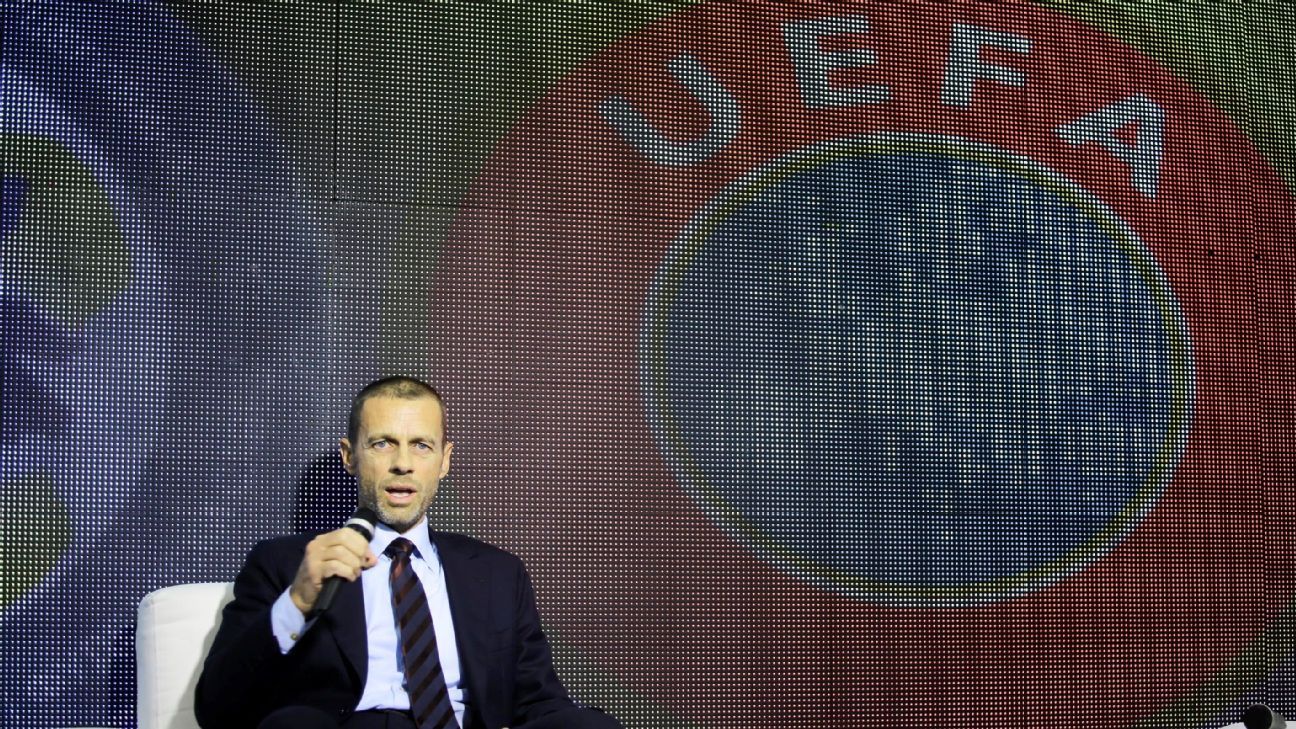 
UEFA president Aleksander Ceferin told La Gazzetta dello Sport he understands Juventus goalkeeper Gianluigi Buffon’s frustration at getting knocked out of the Champions League a week ago by a last-minute penalty.

Buffon was incensed when Oliver awarded Real Madrid a penalty in the dying seconds of the quarterfinal clash at the Santiago Bernabeu last week.

“As a former footballer, I can understand his frustration and disappointment at losing a game in the 93rd minute; you feel like you’ve missed an opportunity,” Ceferin said. “You can understand Buffon.”

Ceferin nevertheless would not condone Buffon’s actions, adding that “what he said was not right and he shouldn’t have [said it].”

Juve were leading 3-0 and were just seconds away from taking the game to extra time, having lost 3-0 at home in the first leg, when Oliver sanctioned a foul on Lucas Vazquez by Medhi Benatia.

Buffon pushed his way through a crowd of protesting Juve teammates and grabbed Oliver before remonstrating in his face. He was shown a red card in what could prove to be his final appearance in the Champions League, and he later said Oliver was a “killer” with a “garbage bin in the place of a heart.”

Ceferin said blaming the incident on Collina, who chose Michael Oliver to referee the fixture, is wrong.

“I spoke with Andrea straight away and I know that he acted like the gentleman that he is — not insulting anybody nor being aggressive,” Ceferin said. “The delegate confirmed this, too. He had the same frustration as Buffon and, even though he is president, he could not hide his emotions.

“Collina has no blame. It’s like a coach who picks his team. He selects the best he can to win, but then controversies can always arise, but what blame does he have? And I don’t think it’s at all the case that we need to change who selects referees.

“I like Collina and he’s given a lot to UEFA. I never interfere. It’s up to him and his great professionalism. He has my total support.”

There were suggestions in the Italian media that had the video assistant referee (VAR) been available in European games, the penalty decision may have been overturned.

Ceferin, though, is not a fan of the technology — at least not in its current guise — and he fears this summer’s World Cup could be overshadowed by a VAR controversy.

“I’m a bit worried for the World Cup, where we’re going to see referees who have not used VAR before,” Ceferin said. “I hope there aren’t any scandals or problems, but it’s a one-off tournament so it’s easier [to implement], just like it’s easier in a league with all Italian or all German referees.

“Even the Premier League has postponed it, and the Champions League is different. Football’s been beautiful up to now the way it is, right?”

As such, Ceferin has ruled out introducing VAR in the Champions League until everybody is satisfied. That could potentially be for the 2019-20 season, which would allow it to be in place for Euro 2020.

“Besides, in Real-Juve, what would have changed with VAR?” he said. “Nothing. People have seen that incident 20 times — I’ve watched it 50 times — and there are still half of the people saying it was a penalty and the other half saying it wasn’t.

“In Manchester City-Liverpool, it could have been useful for the disallowed goal, but there are other problems to concern ourselves with, such as the rules of the game and how they are interpreted.”