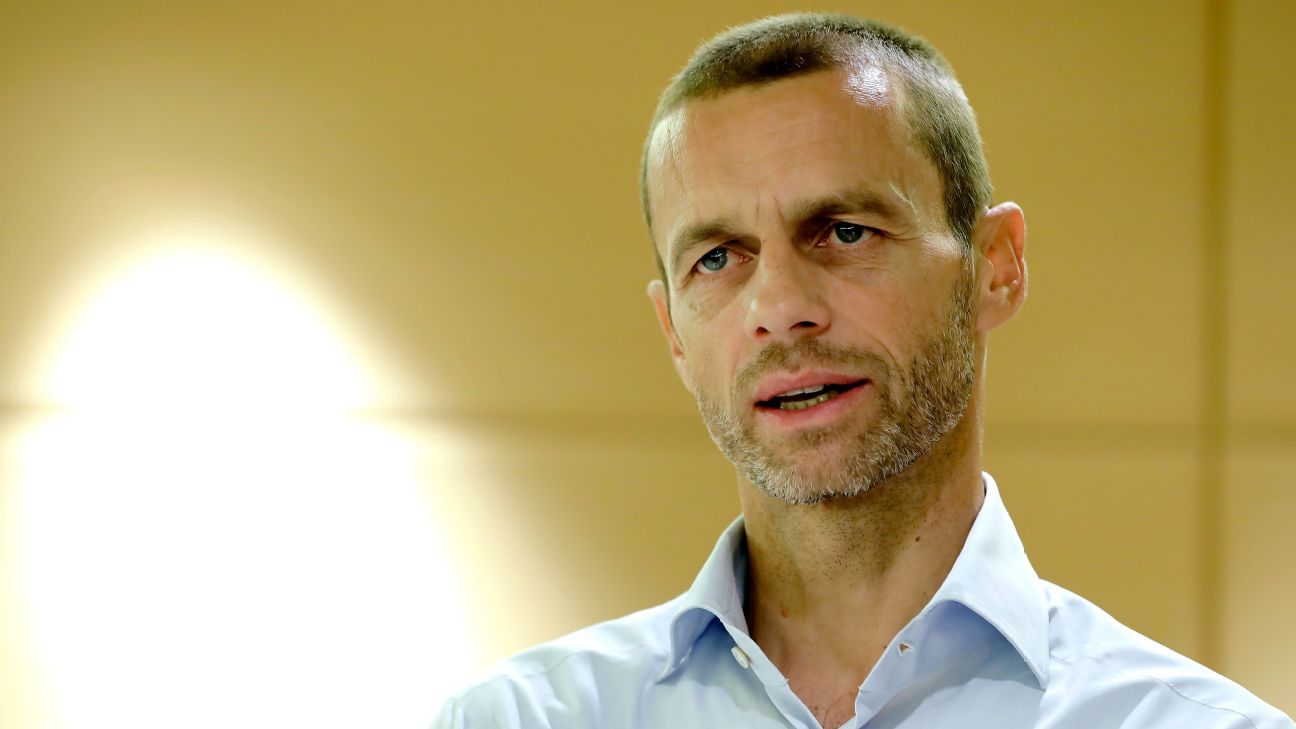 
UEFA president Aleksander Ceferin has given his backing to the 2030 World Cup being held in England — or a combined British bid.

The Slovenian said earlier in the week that it will be “Europe’s turn” to host the tournament, following 2022 in Qatar and a 2026 event tipped to take place in North America.

Ceferin has now gone further by backing a return to Britain for the first time since England hosted and won the 1966 World Cup.

He told BBC Sport: “For me, they are absolutely capable of organising it from an organisational point of view, from an infrastructure point of view.

“But of course it’s a decision not just for the FA, probably the government and all the others too.

“But you know everything about English or British football, so they deserve to have a World Cup in the near future.

“I don’t know how much encouragement they need, but they are capable of organising the World Cup, I’m sure. That’s the decision of the Football Association and if they decide to go, we will strongly support them.

“They will have all our political support. I just hope we will not have two European bidders, because that would not be good.

“I think the ideal situation would be to have one European bidder, and then all of Europe stands together and we can achieve it.”

Britain gets a taste of hosting a major event on Saturday evening with the Champions League final, between Juventus and Real Madrid, taking place in Cardiff.

It brings Real’s Gareth Bale back to Wales after he helped his country memorably reach the semifinals of Euro 2016, and Ceferin feels the occasion will help further Wales’ development.

“It’s a bit of a challenge for us because of the lack of infrastructure — hotels and things like that — but I’m sure that they will never forget it.

“It’s very important also for the development of football. They had some fantastic results last year, especially at the Euro, and they have one of the best players in the world. For a small country like that, it’s a fantastic result.”

The match takes place in the aftermath of the recent terrorist attack at a pop concert in Manchester, and less than two months after a bomb attack on Borussia Dortmund’s team coach as they travelled to their Champions League quarterfinal home leg against Monaco.

Ceferin said: “We have to admit that organising an event today is completely different than organising it 10 years ago from the security perspective.

“I don’t know if football is a target but all the big events with big crowds are possibly targets. The problem is that the stadiums are secure, they are safe, but there are many people on the street so we have to be cautious about it.”

Ceferin also addressed the corruption scandal which saw his predecessor Michel Platini and former FIFA president Sepp Blatter suspended from football for four and six years respectively. The pair each had their bans cut from an initial eight years after appealing against sanctions relating to an illicit £1.3m payment from Blatter to Platini in 2011.

“With those… let’s call them ‘FIFA matters’, even UEFA’s image was damaged,” he said.

“And it was not our fault. Okay, we also had some problems, but it was not to such an extent.

“But I still think that FIFA is improving. Things are changing. I’m sure it’s not easy, there are many internal interests, there are many, many people that were involved in FIFA and want to stay there.

“But at the end, FIFA will have to change completely, or… it will hurt all the football organisations around the world.”

Those thoughts were echoed by former UEFA president Lennart Johansson, who lost the 1998 FIFA presidential election to Blatter.

“What has now been discovered is something I knew for many years,” Johansson told The Times.

“Blatter is a bastard and a crook and corruption is his game, but we must not forget there were people around him – all those members of the executive committee, paid to go his way.

“The biggest sport in the world cannot live with two bastards in charge, Blatter and Platini.

“People think the thing is over, but there are still some people who did worse than Blatter did, who are still in business. We have to clean the whole house.”