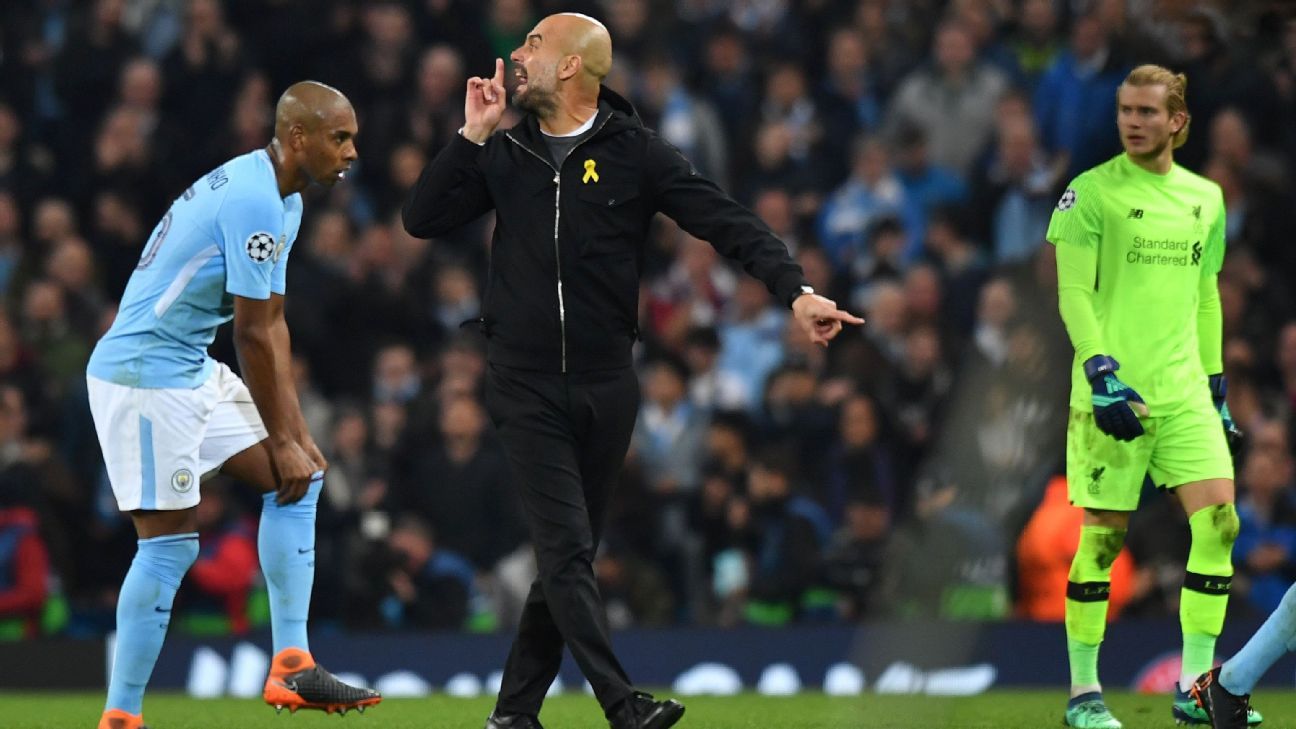 
UEFA has charged City manager Pep Guardiola with improper conduct after he was sent to the stands during Tuesday’s Champions League second leg at the Etihad Stadium.

Guardiola marched onto the pitch at the break to remonstrate with referee Antonio Mateu Lahoz after a Leroy Sane goal that would have put his side 2-0 up was contentiously disallowed and was told to sit in the stands for the second half.

Meanwhile, European football’s governing body has charged Liverpool after fireworks were let off in the away end, and they face a further charge over the throwing of objects.

UEFA said its control, ethics and disciplinary body would deal with the cases on May 31.

Meanwhile, Greater Manchester Police said two men, aged 23 and 32, were arrested on suspicion of assault outside the Etihad Stadium and given a fixed penalty notice.

Police have not received any complaints about a video that appeared to shown fans fighting in the stands, but are looking into the matter.

After the first leg, UEFA opened disciplinary proceedings against Liverpool after the City team bus was attacked on its way to Anfield.

The club were charged with the setting off of fireworks, the throwing of objects, acts of damage and crowd disturbances.

The charges of acts of damage and crowd disturbances were in relation to the attack on the bus.

It caused damage that left City were unable to use the vehicle for the return journey to Manchester, with UEFA’s Control, Ethics and Disciplinary Body also due to hear that case on May 31.

Liverpool issued a statement in which they apologised to City and said they would “cooperate fully with the authorities to identify those responsible.”