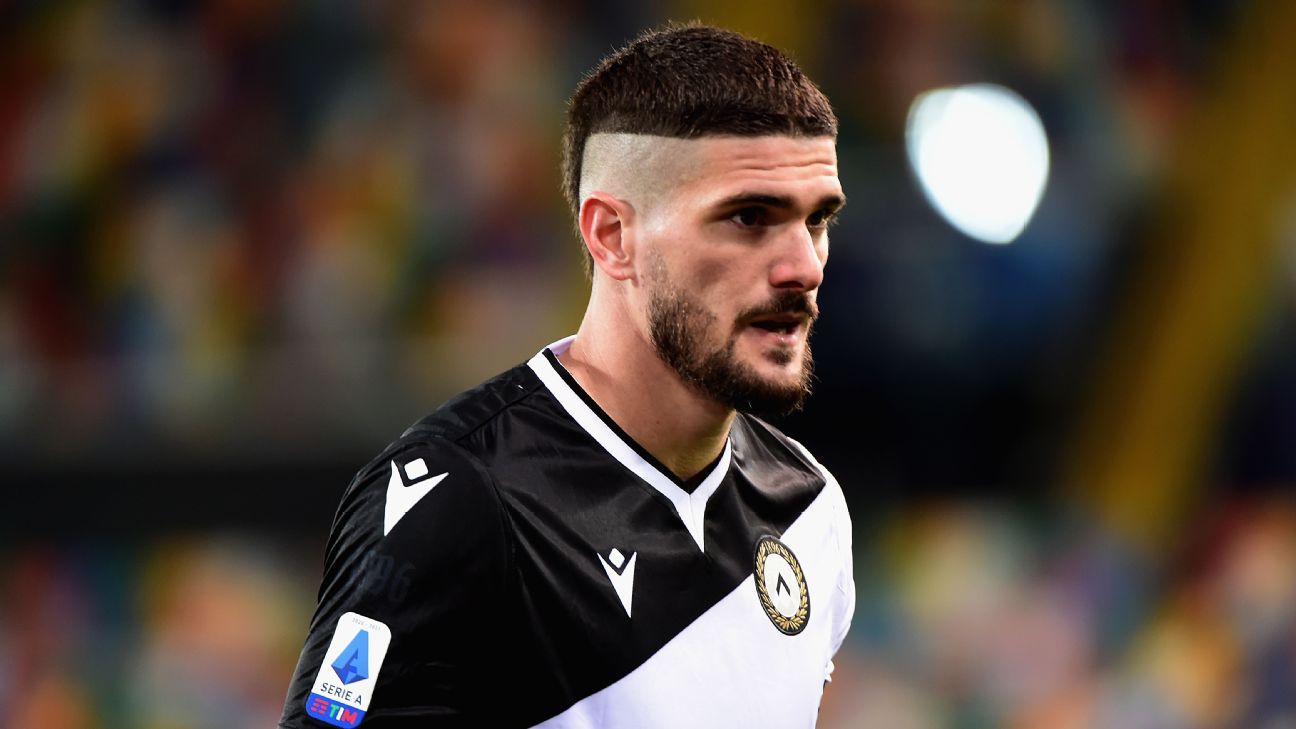 Udinese midfielder Rodrigo De Paul is a man who has been getting a lot of attention, with Leeds United joining a host of Serie A sides who were looking at the Argentine in the summer.

It is suggested by Calciomercato that Udinese will have another fight on their hands if they are to keep hold of their talisman for another season.

This comes with league rivals Internazionale and Napoli currently standing at the front of the queue in their efforts to sign the 26-year-old once the transfer window opens.

They may face further competition, though, as Juventus are also showing intrigue towards him — though they have also reportedly looked into signing the likes of Sassuolo‘s Manuel Locatelli and Manchester United star Paul Pogba.

Any move is unlikely to come cheap, as Udinese are looking to bring in at least €40 million in any deal that sees De Paul leave them.

It is also suggested within the report that the midfielder will ask for a pay rise. He currently earns €1m per season but will be hoping to make at least €1.5m to €2m at his new club.

De Paul has made 30 Serie A appearances this term, scoring eight goals and providing a further six assists.

– Liverpool owners Fenway Sports Group may have plenty to deal with following the fallout of the proposed Super League, but it seems their eye has not completely gone off the transfer market. That comes with Football Insider reporting that they are keeping a close eye on 18-year-old Sparta Prague attacker Adam Hlozek ahead of a possible move.

– Own Goal Nigeria have reported that Wolverhampton Wanderers are looking to FC Porto for their signings again, after previously moving for the likes of Ruben Neves and Fabio Silva. This time around, their focus is on 23-year-old left-back Zaidu Sanusi, who is said to be valued at around €20m.

– West Bromwich Albion are hoping to get £10m if goalkeeper Sam Johnstone leaves in the summer, as has been reported by The Evening Standard. The 28-year-old, who made the most recent England squad, has received interest from Tottenham Hotspur, who could lose Hugo Lloris to Paris Saint-Germain. It is also stated that West Ham United are looking at Johnstone, despite Lukasz Fabianski signing a one-year contract extension.

– There has been plenty of talk around the future of Fiorentina striker Dusan Vlahovic, with a number of clubs showing interest in the 21-year-old. Calciomercato have stated that AC Milan, AS Roma and Juventus are the clubs keen on the Serbian, following that up with a valuation of €40m — after he cost La Viola just €2m in 2018.

– Joe Willock has impressed during his loan spell from Arsenal to Newcastle United, scoring important goals against Tottenham Hotspur and West Ham United. This has led to talk that the Magpies want him to stay, and Football Insider have given them a boost, claiming that the 21-year-old midfielder has expressed a desire to return to St. James’ Park permanently next season.