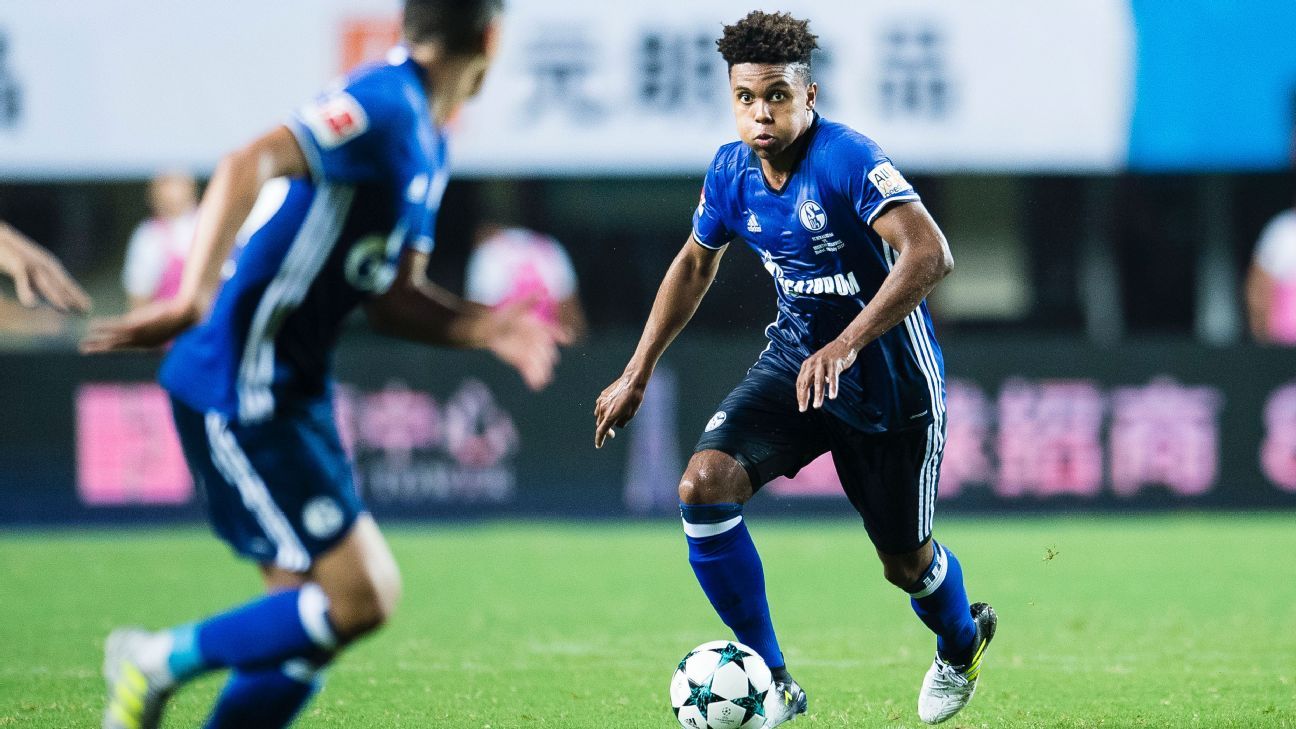 Having already debuted for Schalke’s senior squad on the final match day of the 2016-2017 Bundesliga season, 18-year-old midfielder McKennie is fighting for his place — alongside fellow American Haji Wright — to become a permanent member of the Bundesliga side.

And the youngster appears to be set for his first full season in the German top flight, following a standout display with the senior squad, which included an assist in Schalke’s recent 3-2 win over Besiktas on their current tour of China.

He said: “Weston already showed in our last league match at Ingolstadt that he has potential even though he wasn’t on a lot of people’s radar.”

Still, McKennie, who told ESPN FC in April that “to play for the fans, to play for the club, it would be a real dream come true,” knows that it won’t be easy for him to become a first team regular. Yet, he is prepared to fight for his place.

“I give everything I can every day and try to learn as much as I can from all training sessions,” he said on the club’s official website. “There is a lot of competition for my place, but I like getting stuck in with others. I’m a pretty competitive guy.”

Describing his style of play as “win the ball and the look to play it,” he said he felt comfortable under the club’s new head coach Domenico Tedesco.

“The coach believes in us. You can feel that,” McKennie said. “He is very communicative and really talks to every player. He says what is working well and gives everyone something they can work to improve on. That helps me a lot.”