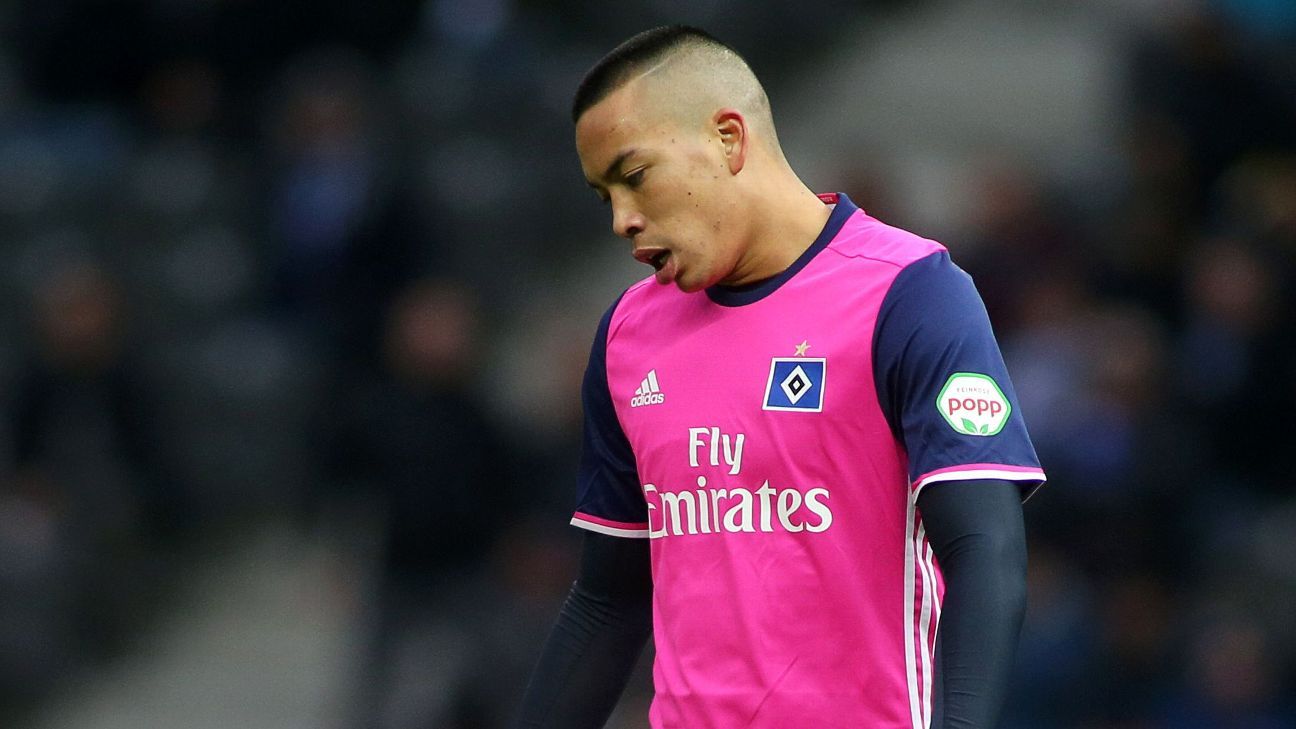 
Hamburg coach Markus Gisdol says United States attacker Bobby Wood is in a “negative spiral” and suggested he could soon lose his place in the team.

Wood, 24, stayed at the Bundesliga club in the summer despite links with the Premier League but he has scored just two league goals in the calendar year.

On Saturday, Wood played for 56 minutes in Hamburg’s 2-1 defeat at Hertha Berlin, touching the ball only 19 times in a largely anonymous display. His replacement, 17-year-old Jann-Fiete Arp, then scored just 17 minutes after his introduction.

“We do everything to support him, but we can’t do more than we do right now,” Gisdol told reporters. “It’s up to Bobby to drag himself out of it.”

Hamburg host Stuttgart ahead of the upcoming international break and Gisdol suggested Wood could be dropped, saying: “In the end, the performance principle also applies to him.

“It all falls together. He’s descended into a negative spiral from which he has to free himself. He has the potential to be a good forward, but he is not in any sort of form right now. He might give it his all, but things are not going well for him somehow.”

Gisdol’s latest comments come just four days after he said Wood was “on his way out” of his current predicament.

Wood is also dealing with the disappointment of the U.S.’s shocking failure to qualify for the World Cup. He scored a crucial equaliser in a draw against Honduras on Sept. 5 and another goal in a rout of Panama earlier this month, but it turned out to be for naught as he failed to find the net against Trinidad and Tobago on Oct. 10.

Meanwhile, Hamburg are 16th in the 18-team Bundesliga, taking just seven points from 10 games, with six of them coming from two wins on the first two match days of the season.

They have scored three goals in the eight matches since then, taking just one further point in a goalless home draw with fellow strugglers Werder Bremen.