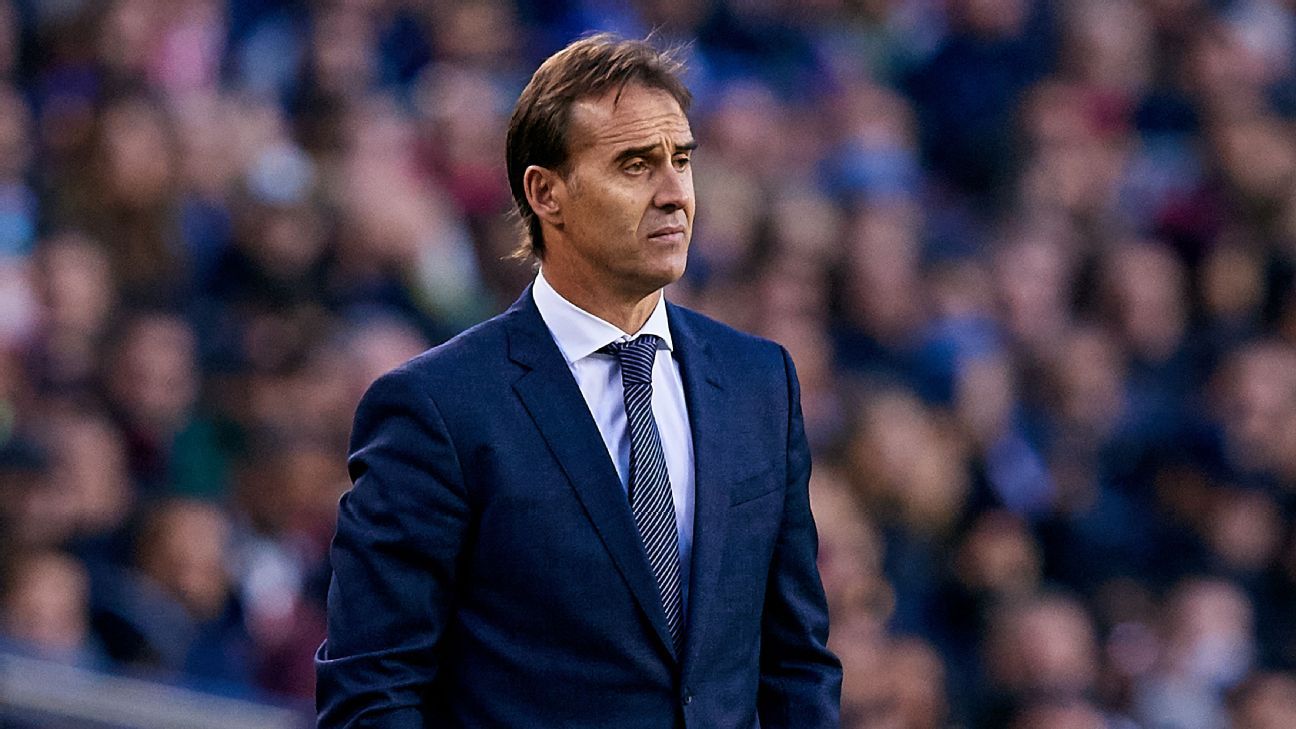 
Julen Lopetegui did not offer his services to U.S. Soccer with a view to taking over the national team, his agent has told ESPN FC.

Sports Illustrated on Tuesday reported that former Spain and Real Madrid coach Lopetegui had approached U.S. Soccer via an intermediary to express an interest but had been turned down.

“That is not correct,” agent Carlos Bucero said. “Julen has not offered his services for any position.

“It has only been a few days since his exit from Real Madrid and now is the time to recover, rest and later study new objectives.”

Lopetegui was sacked by Madrid last month after 14 games in charge and cannot coach another La Liga side this season under Royal Spanish Football Federation regulations.

The 52-year-old has since been linked with national teams posts including Colombia and Mexico.

U.S. Soccer thanked Dave Sarachan, who has guided the national team on an interim basis for the past year, after Tuesday’s 1-0 friendly defeat to Italy in Genk, his last game in charge.