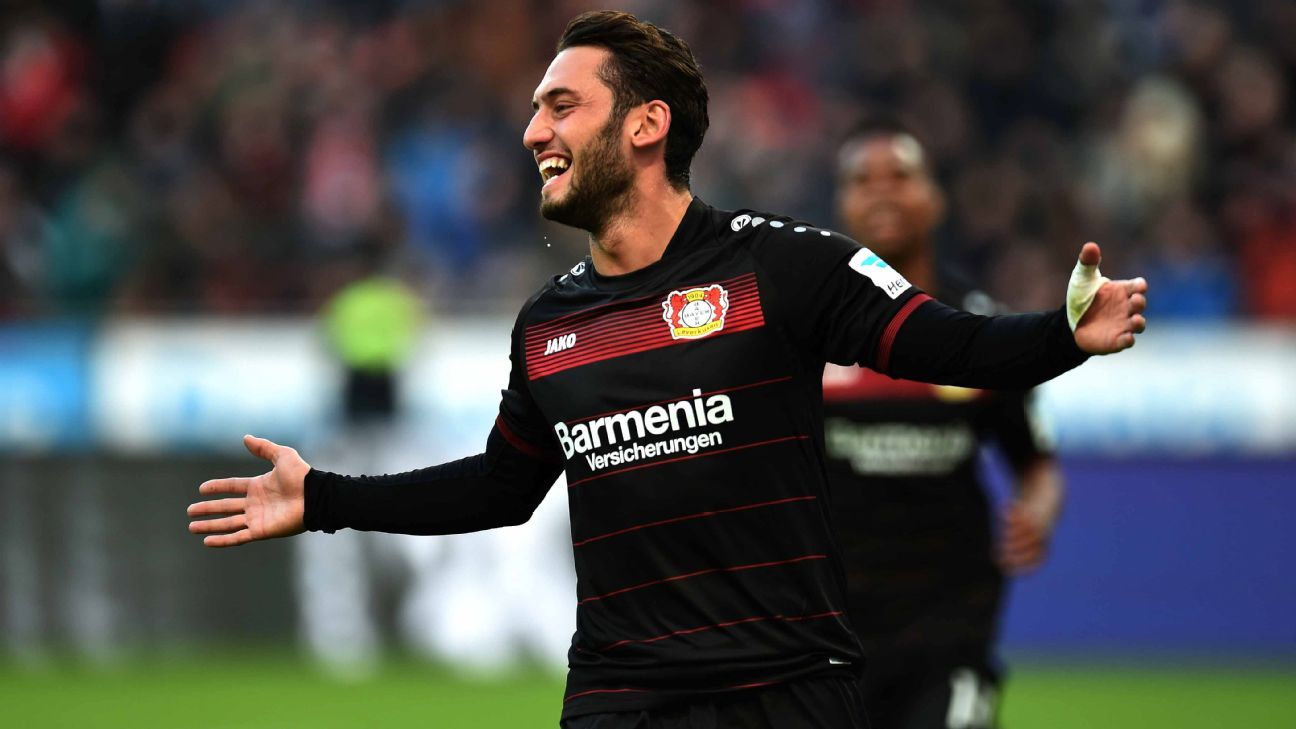 
Turkey boss Fatih Terim says Hakan Calhanoglu can help AC Milan get back to the top in Europe again.

Back in Europe after a three-year absence, Milan have underlined their ambition with a significant summer spending spree, and Terim says Calhanoglu will help them in their quest to return to the Champions League next season.

“He’s a very mature player despite his young age,” he told La Gazzetta dello Sport. “He’s a relaxed guy, but also a true battler with a great sense of professionalism. He’s focused in training and is one who always gives everything in matches. I think I can say that in his private life, he is a very reliable and disciplined lad.

“I can say today that he will give a great deal to this team and the attack. He will show immediately that he is a great player and a fine signing.”

Calhanoglu will fill the boots of Gerard Deulofeu, who made an impression in the second half of last season while on loan from Everton but has now returned to Barcelona.

“He’s a team player and he gives everything for his teammates,” Terim said. “In addition to the undoubted value he brings, his adaptability and sense of sacrifice are what make him so valuable to whoever coaches him.

“He’s a midfielder with more attacking characteristics and he can play both centrally or out wide. He’s got a great shot on him and he makes a contribution in front of goal, but he is also generous in his assists to his teammates.

“He already has 26 appearances and eight goals for Turkey behind him, and he is only 23. He’s got great physical strength, technique and tactical awareness and he also has great mental strength.

“He’s young, but he already has ample international experience and has been playing for Turkey and in Europe’s top competitions for a while. I think he will adapt immediately to Italian football and the demands of [coach Vincenzo] Montella and Milan, who are definitely still a big club. In fact, I think he’s going to get even better, thanks to the Rossoneri.

“Trust me, with Calhanoglu, Milan are going to be great again.”