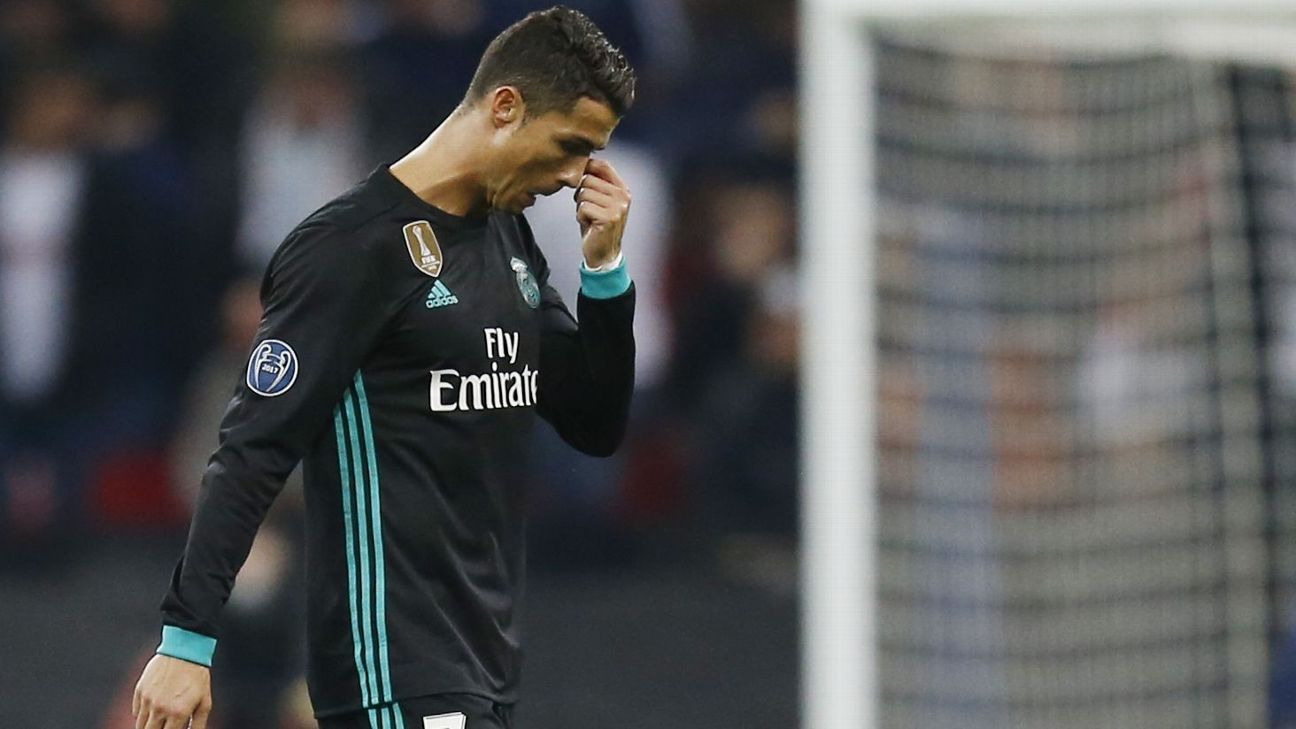 REAL MADRID: Tottenham Hotspur booked their place in the knockout stages of the Champions League with a 3-1 win over Real Madrid.

– Karim Benzema has hit out at football pundits, telling Les Inrockuptibles he feels “sorry for them,” following recent criticism from Gary Lineker.

TOTTENHAM: Hugo Lloris will be sidelined for at least two weeks after suffering an adductor injury in Wednesday’s 3-1 Champions League win over Real Madrid.

– Mauricio Pochettino says Tottenham belong among the best teams in Europe after the stunning 3-1 win over Real Madrid in the Champions League.

– The night that Tottenham destroyed Real Madrid could prove to be a seminal moment in their progression from pretender to contender, Mark Ogden writes.

– Toby Alderweireld says he will have a scan in the coming days after limping off with a hamstring problem.

– WATCH: How Pochettino took Spurs to another level.

MAN CITY: Manchester City came out on top in a thrilling 4-2 win against Napoli to book their place in the round of 16.

– Sergio Aguero has broken the club’s all-time scoring record, netting his 178th goal against Napoli in his team’s 4-2 win.

– Pep Guardiola was pleased with the character shown by his players after they rallied from behind.

– Raheem Sterling was one of four players to score 9/10 in Simon Curtis’ player ratings.

– The head of the Naples police department has condemned a group of Napoli ultras who attacked Manchester City fans in a pizzeria on Tuesday night.

LIVERPOOL: Liverpool edged closer to qualifying for the Champions League knockout stages with a workmanlike 3-0 win over Maribor.

– Jurgen Klopp was pleased with Liverpool’s patience against Maribor.

– Klopp has confirmed Georginio Wijnaldum is a doubt for Liverpool’s trip to West Ham United with an ankle injury and expects Philippe Coutinho to miss the encounter at the London Stadium.

– Steven Gerrard has urged Liverpool striker Rhian Brewster to be “patient” in his wait for first-team opportunities after his heroics on the international stage, but warned that youngsters now need to be “world class” to make the grade.

– Klopp has backed Alex Oxlade-Chamberlain to be “a big success” at Anfield and said he has been in “dynamite” form as a substitute.

– Wolfsburg are looking into the possibility of signing on-loan Divock Origi from Liverpool on a permanent deal.

BORUSSIA DORTMUND: Dortmund and Apoel Nicosia played out a 1-1 draw on Wednesday which left both facing near-certain elimination from the Champions League.

– United States international Christian Pulisic insisted his Dortmund team are not in crisis.

– Pulisic and Pierre-Emerick Aubameyang were among the strugglers for Dortmund in Stefan Buczko’s player ratings.

– England under-17 forward Jadon Sancho was on target as Dortmund beat Apoel 5-0 in the UEFA Youth League on Wednesday.

PSG: Paris Saint-Germain captain Thiago Silva has spoken out in defence of teammates Kylian Mbappe and Neymar after the recent criticism aimed at both.

– Valencia’s Goncalo Guedes, who is on a season-long loan from Paris Saint-Germain, is unsure whether or not he has a future with the Ligue 1 giants.

ARSENAL: Arsene Wenger has made it clear that Jack Wilshere’s path into Arsenal’s first team is still being blocked by Alexis Sanchez and Mesut Ozil, but hopes a return to the England side will give a psychological boost to the midfielder.

– Arsenal legend Ian Wright said it is a “frightening prospect” to see Tottenham flourish under Mauricio Pochettino, and admitted he felt jealous after seeing Spurs beat Real Madrid 3-1 in the Champions League on Wednesday.

– Aaron Ramsey deserves plenty of credit for his half century of goals, James McNicholas writes.

– Mourinho has altered Manchester United’s preparations for Sunday’s trip to Chelsea with his tax fraud case due to be heard in Madrid on Friday.

– Manchester United Supporters’ Trust (MUST) has offered to meet Mourinho to discuss his concerns about the club’s fans.

– Mourinho has been criticised but he has Man United challenging on all fronts, which is a far cry from life under David Moyes and Louis van Gaal, Rob Dawson writes.

AC MILAN: Former AC Milan owner and president Silvio Berlusconi says it is painful to watch his ex-club as they struggle in Serie A in their first season since his 31-year reign ended.

CHINESE SUPER LEAGUE: The agent of Jiangsu Suning midfielder Ramires says that he is receiving enquiries for his client “all the time” amid rumours of interest from Inter Milan.

BARCELONA: Lionel Messi has fulfilled a promise made last year to Doctors Without Borders and donated over €70,000 to the charity after winning a libel case against newspaper La Razon, the player’s management company have confirmed.

ENGLAND: Chelsea loanees Tammy Abraham and Ruben Loftus-Cheek have been handed their first senior England call-ups along with Liverpool youngster Joe Gomez for the upcoming friendliest against Germany and Brazil.

FRANCE: Anthony Martial has been rewarded with a recall to the France squad following his excellent form this season with Manchester United, but Real Madrid striker Karim Benzema remains excluded by national team coach Didier Deschamps.

EVERTON: Caretaker boss David Unsworth says he will need to win the next two games if he is to have a chance of being appointed on a full-time basis.

WALES: Chris Coleman has said he has “no idea” whether he will continue as Wales manager after holding initial talks about staying in the job.

– Coleman admits Gareth Bale’s involvement in forthcoming friendlies against France and Panama will be determined by his club Real Madrid.

– Sporting director Earnie Stewart confirmed the return of Jim Curtin as Philadelphia Union manager for the 2018 season, but the team declined its option on former United States midfielder Maurice Edu.