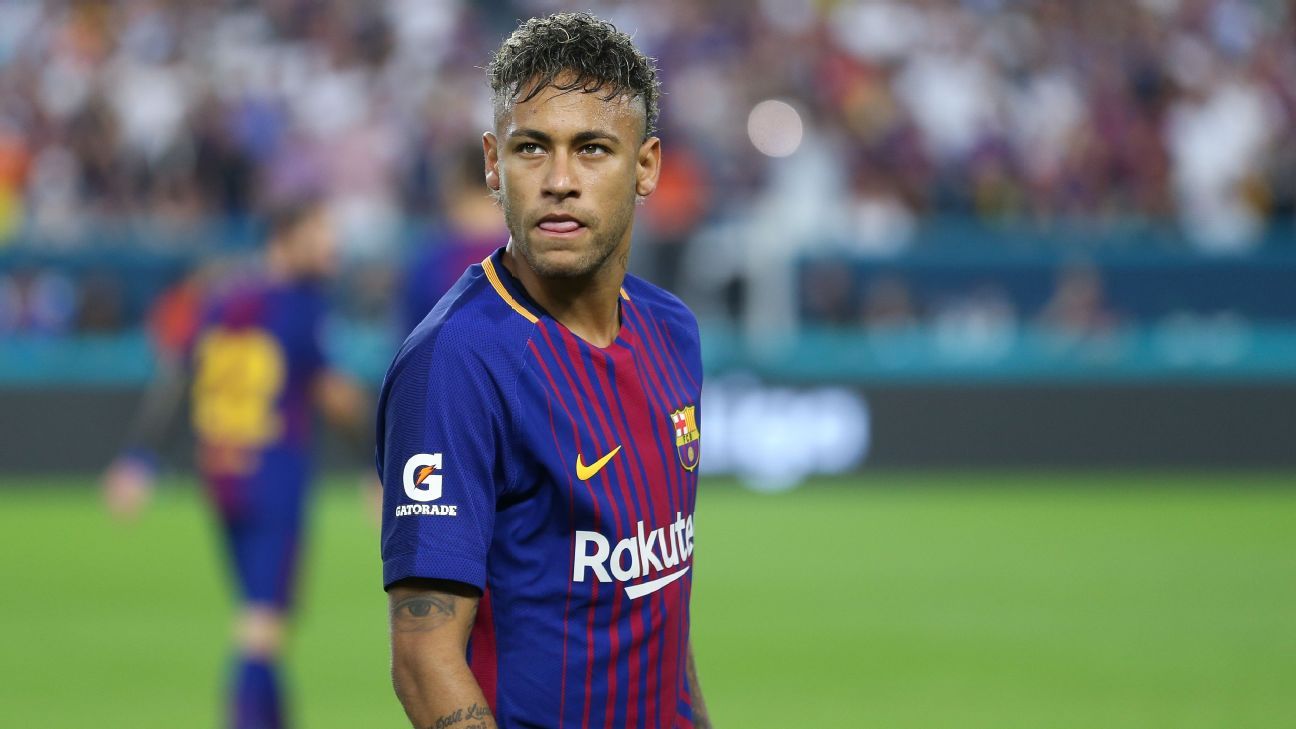 BARCELONA: Barcelona have confirmed that Paris Saint-Germain target Neymar intends to leave the club but insisted his €222 million buyout clause must be paid in full.

– Lionel Messi bid farewell to Neymar after Barcelona confirmed the Brazil star told the club on Wednesday of his desire to move to Paris Saint-Germain.

– La Liga president Javier Tebas has said he is ready to file a complaint about “financial dopers” Paris Saint-Germain to UEFA and the European Union for what he feels are clear breaches of financial fair play over their pursuit of Neymar.

ATLETICO MADRID: Juanfran has said he is not worried by speculation that Antoine Griezmann could join Barcelona as a replacement for Neymar.

REAL MADRID: Cristiano Ronaldo sent a defiant message to his critics and those accusing him of tax fraud on Tuesday, one day after defending himself in court.

– Zinedine Zidane says he believes Ronaldo will be happy now that his appearance in court to answer charges of tax fraud is behind him, and the forward can get back to playing football for his club.

– Real Madrid midfielder Toni Kroos has returned to training ahead of his team’s clash with MLS All-Stars in Chicago on Wednesday evening.

– Follow our OnScene updates from the MLS All-Star game here.

LIVERPOOL: Jurgen Klopp says Barcelona can “save their energy” in their pursuit of Philippe Coutinho.

– Sadio Mane has welcomed the arrival of Mohamed Salah at Liverpool and said he is willing to switch positions to accommodate the winger.

– Liverpool maintained their unbeaten preseason record with an impressive 3-0 victory over Bayern Munich at the Allianz Arena in the Audi Cup on Tuesday.

– WATCH: The FC crew says Liverpool’s squad is too thin for the Premier League title.

MAN CITY: City midfielder Oleksandr Zinchenko is set to join Napoli on loan with an option for a permanent move, sources close to the player have told ESPN FC.

ARSENAL: David Ospina is intent on staying at the club and fighting Petr Cech for the No. 1 spot.

– Alexis Sanchez was back in training on Tuesday after a late return from Chile following a bout of flu.

LEICESTER: Kelechi Iheanacho has completed a £25 million move from Manchester City after passing a medical, sources have confirmed to KweséESPN.

INTER MILAN: Inter have completed the signing of midfielder Matias Vecino from Serie A rivals Fiorentina on a four-year contract.

TOTTENHAM: Mauricio Pochettino has dismissed the suggestion that Tottenham chairman Daniel Levy is restricting the club’s spending and explained the difficulty of signing players, claiming several transfer targets, including Chelsea’s Alvaro Morata, have been reluctant to compete for a first-team place.

SWANSEA: Paul Clement has confirmed that the club are holding talks with another side about the possible sale of Gylfi Sigurdsson.

– Bob Bradley drove the Swansea players “mad” during his time in charge of the club, according to striker Borja Baston.

UNITED STATES: Former U.S. international Freddy Adu has pulled out of a move to Polish team Sandecja Nowy Sacz, after their manager called the transfer “a joke.”

MLS: Michael Bradley has no intention of joining his father Bob when Los Angeles Football Club become’s the league’s 23rd club in 2018.

– Atlanta United will keep defender Anton Walkes on loan from Tottenham until the end of the season, the MLS club announced on Tuesday.

WOLFSBURG: Wolfsburg boss Andries Jonker has said U.S. defender John Brooks can be a “weapon” for the Bundesliga side as he granted him a few days off to regain his freshness.

DORTMUND: Mario Gotze played for an hour as Borussia Dortmund suffered a 1-0 friendly defeat against Atalanta in their final friendly ahead of the German Super Cup against Bayern Munich.

CELTIC: Brendan Rodgers has said he will review travel arrangements after his team appeared to be verbally abused at Glasgow airport ahead of the Champions League third qualifier against Rosenborg.