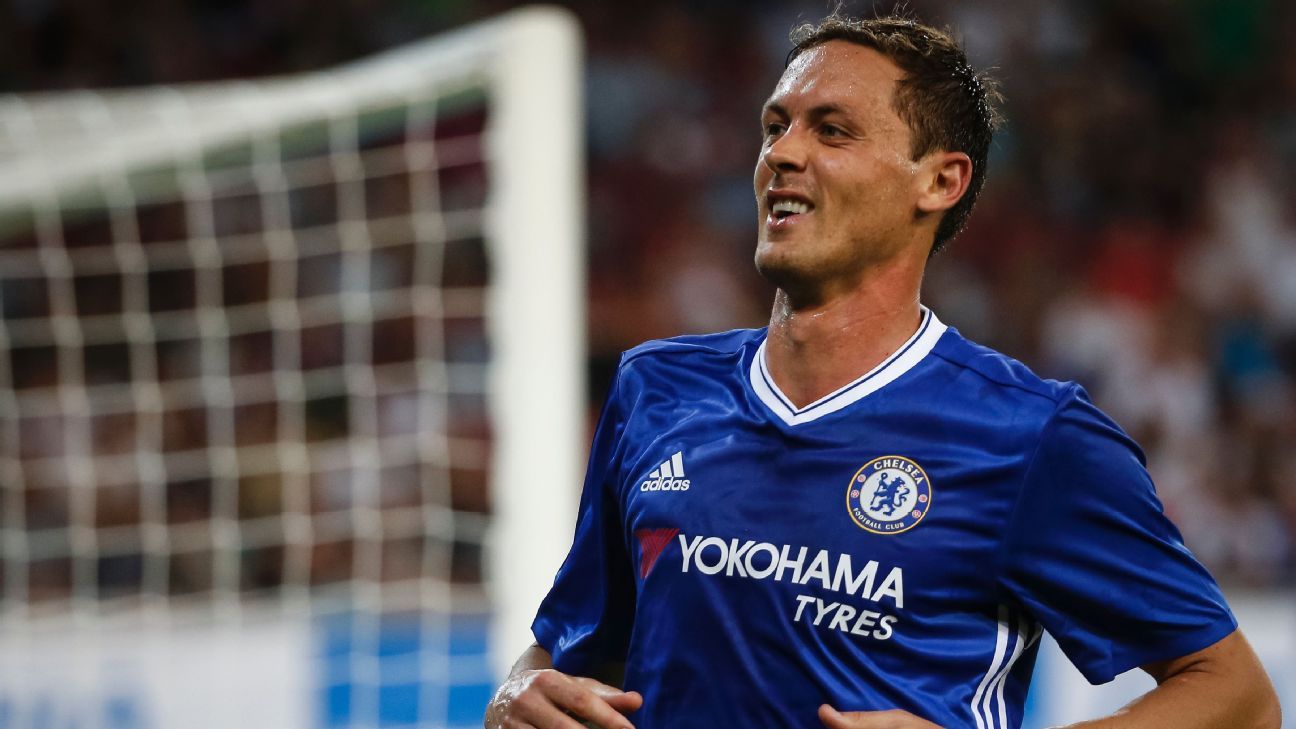 MAN UNITED: The club have completed the signing of Nemanja Matic from Chelsea for a fee in the region of £40m.

– Phil Jones has been banned for two matches and Daley Blind fined by UEFA after the pair were found guilty of breaching the governing body’s doping regulations after the Europa League final in May.

– Mourinho has made a not-so-subtle dig at Chelsea boss Antonio Conte while responding to questions over the futures of Matic and Marouane Fellaini.

– Zlatan Ibrahimovic would prefer to stay in Europe this season, LA Galaxy president Chris Klein says, though the MLS club still have an interest in signing him in the future.

– Mourinho has urged patience with new defender Victor Lindelof as he adjusts to the Premier League.

PSG: Paris Saint-Germain are so confident that they have convinced Barcelona superstar Neymar to join them for a world-record €222 million transfer fee that they have already started to consider how to unveil him as their latest signing, a source has told ESPN FC.

– Paris Saint-Germain’s Dani Alves has urged Neymar to be be brave as he considers a move from Barcelona.

-Paris Saint-Germain rallied from a goal down in Tangier, Morocco, to beat Monaco 2-1 in the French Super Cup, with new arrival Dani Alves providing a goal and an assist in his first competitive match with the club.

REAL MADRID: Cristiano Ronaldo spent 90 minutes giving evidence when he appeared in a Madrid court on Monday morning to answer charges of a €14.7 million tax fraud, with a planned appearance to read a statement to the media afterwards being cancelled at short notic

JUVENTUS: Massimiliano Allegri has said Chelsea target Alex Sandro will remain with the Serie A champions this summer.

ARSENAL: Arsene Wenger has dismissed concerns about having a handful of star players with only one year left on their contracts, calling it “an ideal situation” for the club.

– Wenger hailed “an encouraging performance” from new signing Alexandre Lacazette in Sunday’s 2-1 loss to Sevilla, but warned it could take a couple of months for the striker to fully settle in at the club.

BARCELONA: Ivan Rakitic has said referee Jair Marrufo “insulted me quite strongly” during the weekend’s 3-2 Clasico win over Real Madrid in Miami.

– The worlds of golf and football collided on Saturday as Tiger Woods hung out in the Barcelona dressing room following the Miami Clasico.

– WATCH: Are Barcelona in trouble if Neymar leaves?

– Gil Marin says Atletico Madrid have ended their association with Indian franchise Atletico Kolkata due to disagreements over youth development.

LIVERPOOL: Jurgen Klopp says Liverpool will be competing for the Premier League title this season and reiterated the club’s stance that Philippe Coutinho is not for sale.

– Liverpool supporters have voted overwhelmingly in favour of introducing safe standing to the Premier League and Championship, the results of a poll have shown.

– Adam Lallana has said Daniel Sturridge being fully fit next season would be like having “two new signings,” predicting that the Liverpool striker would have “massive” campaign.

– Dejan Lovren has told German magazine kicker that being a defender in Jurgen Klopp’s Liverpool side can be like playing as a “midfielder.”

– Jurgen Klopp said he is “really happy” with his options in the current Liverpool squad after a trio of signings, but admits that injuries are yet to affect his team selection.

SERIE A: Antonio Cassano says he has no intention of retiring from football yet, adding he left Hellas Verona after less than a month because he did not feel things were right for him there.

BAYERN MUNICH: Schalke midfielder Leon Goretzka has told Sky Deutschland that continued transfer speculation linking him with a move to Bayern Munich is “really getting on my nerves.”

– Arjen Robben returned to training on Sunday after recovering from a calf injury and could feature against Liverpool in the Audi Cup this week.

– Giovinco can become the greatest MLS player of all time, according to Toronto FC coach Greg Vanney.

CRYSTAL PALACE: Tottenham’s Jan Vertonghen believes new Crystal Palace manager Frank de Boer is ready for the Premier League but he warned his former coach to get used to teams playing for a point.

SUNDERLAND: Video footage of Sunderland midfielder Darron Gibson accusing some teammates of not trying and no longer wanting to play for the club has emerged.

QPR: Ian Holloway says Steven Caulker is “in a fantastic place” after the defender, who disclosed his battle against mental illness and addiction earlier this year, rejoined training with the Hoops’ squad.