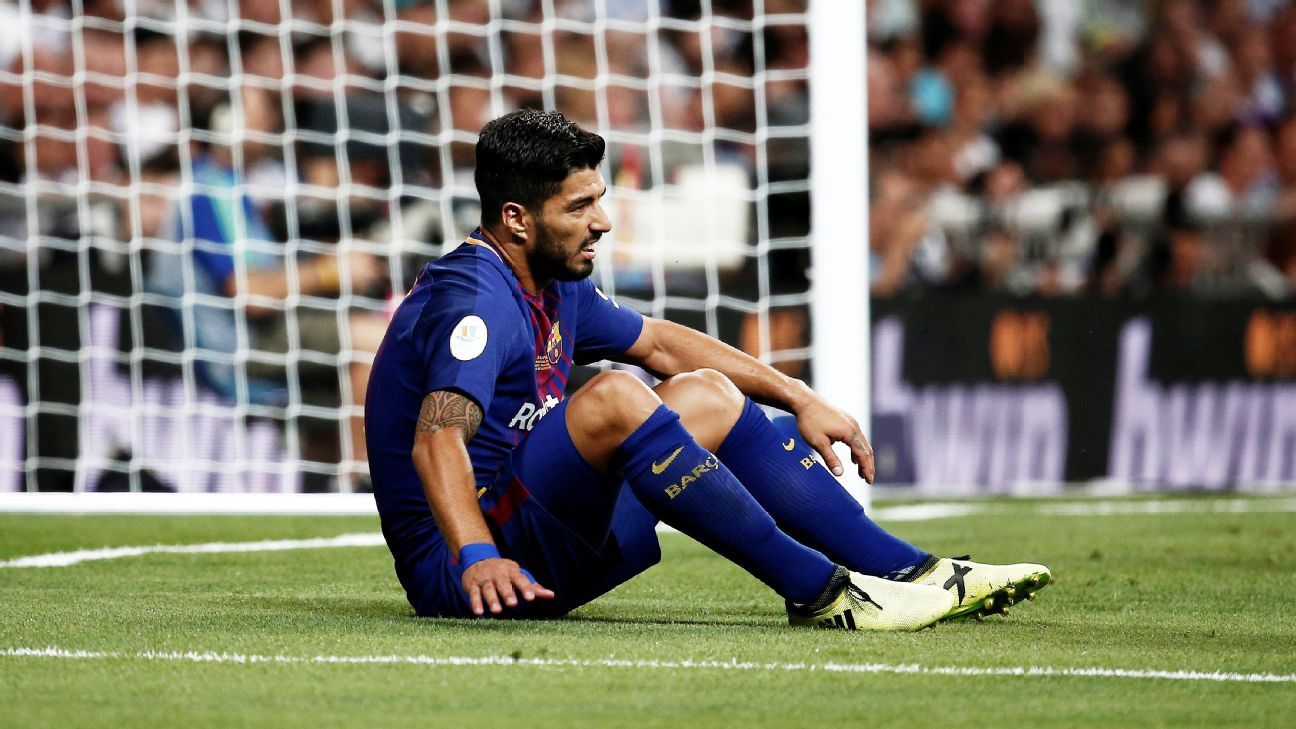 BARCELONA: The Uruguay national team has announced Barcelona striker Luis Suarez will be out of action for “at least four to five weeks” after suffering a knee injury playing for his club.

– Barcelona sporting director Robert Fernandez has acknowledged the club are in a “very difficult situation” as they look to secure deals for Philippe Coutinho and Ousmane Dembele.

– Vice-president Jordi Mestre says the board would prefer “respect not insults” after the club unveiled Paulinho as their fourth signing of the summer on Thursday.

– Gerard Pique says for the first time since he joined Barcelona he feels inferior to Real Madrid.

– Real Madrid winger Marco Asensio’s agent has told Bleacher Report that Barcelona “lost the opportunity” to sign the player as a teenager due to a disagreement over payment terms with his former club Real Mallorca.

– Paulinho has been hailed for his generosity after leaving Guangzhou Evergrande to join Barcelona earlier this week.

LIVERPOOL: Jurgen Klopp says Philippe Coutinho will miss Liverpool’s game against Crystal Palace on Saturday with a back injury and claims the club’s medical department have reported no attitude concerns with the wantaway midfielder.

– U.S. international Christian Pulisic has said he is happy at Borussia Dortmund amid renewed rumours he could join Liverpool.

– WATCH: Is Pulisic holding out for a Real Madrid, Barca move?

CHELSEA: Diego Costa has said he plans to travel to Spain to resolve his future as he looks to return to his former club Atletico Madrid.

EVERTON: Gylfi Sigurdsson has completed his transfer to Everton from Swansea City, signing a five-year contract and moving for a club-record fee.

TOTTENHAM: Spurs are considering a move for PSV Eindhoven defender Santiago Arias as they continue their search for a new right-back, sources close to the player have told ESPN FC.

INTER MILAN: The club would miss out on a huge financial windfall should Philippe Coutinho leave Liverpool for Barcelona, a source has told ESPN FC.

CHAMPIONS LEAGUE: Goals from Dries Mertens and Jorginho were enough to earn Napoli a 2-0 win against Nice, while Celtic thrashed Astana and there were wins for Sevilla, Olympiakos and Hapoel Be’er Sheva. FULL REVIEW

MAN CITY: The club are considering making a move for West Brom defender Jonny Evans, a source has told ESPN.

ARSENAL: Africa’s richest man says he is plotting a bid to take over Arsenal — and that his first move as owner would be to fire Arsene Wenger.

MAN UNITED: Jose Mourinho is prepared to wait until January before making further additions to his Manchester United squad after deciding against funding a move for a fourth summer signing by offloading his fringe players, sources have told ESPN FC.

SOUTHAMPTON: Chairman Ralph Krueger has said that Virgil van Dijk is “not for sale in this window” as keeping the defender is “the statement we need to make.”

MLS: The LA Galaxy have taken over the top spot from the Seattle Sounders in Forbes’ annual ranking of MLS team valuations.