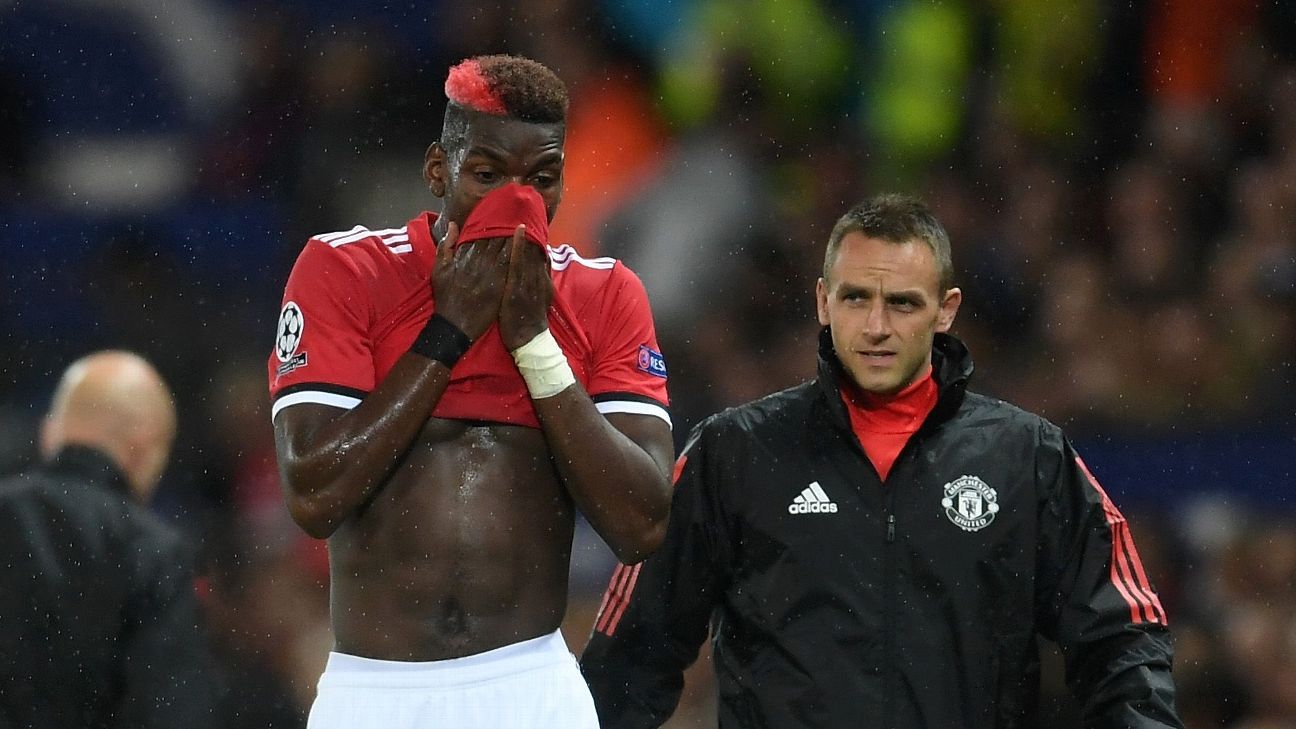 MAN UNITED: Jose Mourinho has once again insisted he has “no idea” when Paul Pogba is likely to return to action.

– Mourinho also said Manchester United fans have the right to boo him and his players after the introduction of Anthony Martial in place of Marcus Rashford against Tottenham on Saturday.

MAN CITY: Pep Guardiola has told Manchester City attackers Leroy Sane and Raheem Sterling that they still can make a lot of improvements to their game.

– Kevin De Bruyne believes Manchester City are entering a crucial week for their ambitions for silverware this season.

– Phil Foden already looks like he can cope with anything that’s thrown at him and he could be the first to break through from City’s new-look academy, writes David Mooney.

ARSENAL: Arsene Wenger says he has has no issue in playing Alexis Sanchez against Manchester City, the side he could have joined in the summer, when the sides meet next weekend.

TOTTENHAM: Mauricio Pochettino is hopeful Harry Kane will be fit for Wednesday’s Champions League clash with Real Madrid, after the striker missed defeats against West Ham in the Carabao Cup and Manchester United in the Premier League.

CHELSEA:  Chelsea forward Alvaro Morata says he would never have left Juventus, had he not been ordered back to Real Madrid in 2016.

– Antonio Conte has said he feels England’s outstanding run of youth team success means the country will have a future senior side that will be “very difficult to beat.”

– TEAM OF THE WEEKEND: Eden Hazard, Leroy Sane, Fernandinho star in Team of the Weekend

LIVERPOOL: Critics have been lining up to take shots at Liverpool’s fallible defence but centre-back Joel Matip said it was only a verbal volley from manager Jurgen Klopp which registered with the players.

REAL MADRID: Zinedine Zidane denied he was worried about his team’s title chances but admitted to a “bad day” after Sunday’s shock 2-1 defeat at Girona left them already eight points behind La Liga leaders Barcelona.

– WATCH: Is time catching up with Cristiano Ronaldo? The ESPN FC crew share their views.

BAYERN MUNICH: Robert Lewandowski has been ruled out of Bayern Munich’s Champions League meeting with Celtic through injury.

– Franck Ribery, the longest-serving player at the club, has told kicker about his “special relationship” with coach Jupp Heynckes.

WORLD CUP: Germany coach Joachim Low has said England can be contenders at next summer’s World Cup, and also given his verdict on Spain, Brazil and Argentina.