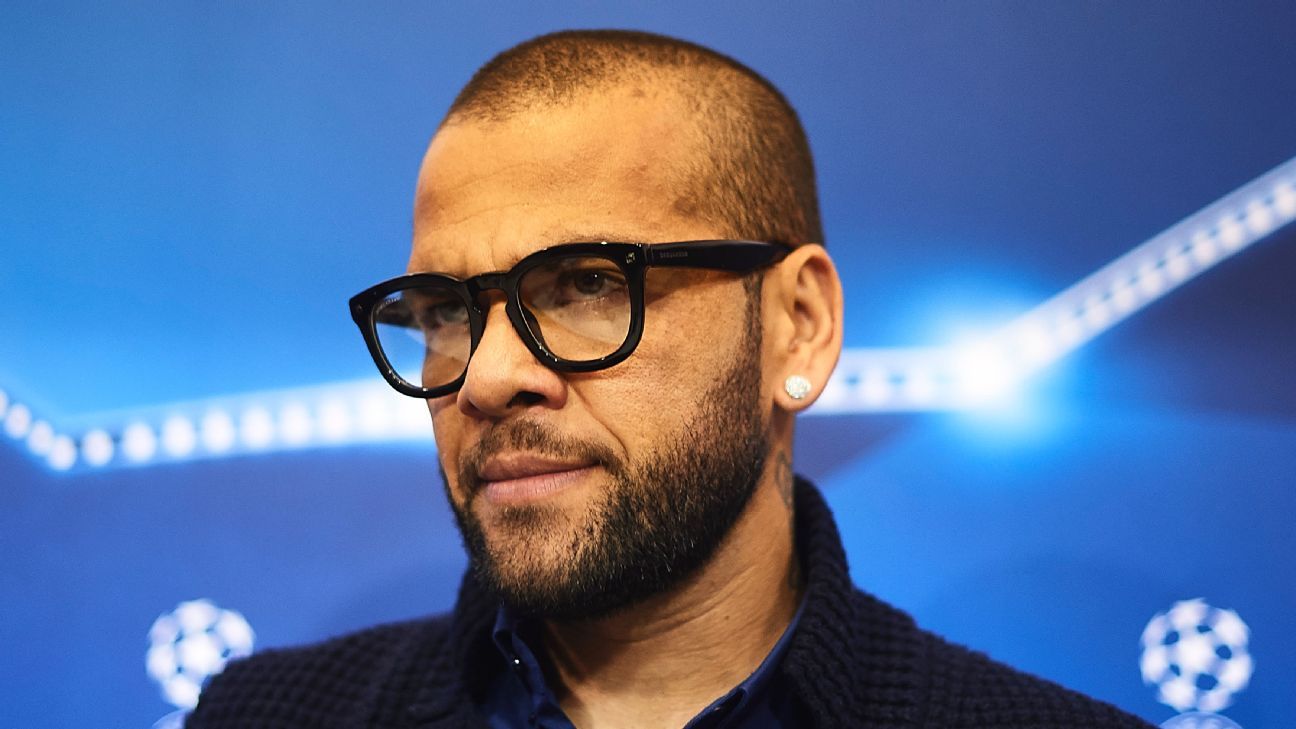 PSG: Paris Saint-Germain have confirmed the signing of right-back Dani Alves on a free transfer after the Brazil international rescinded his Juventus contract.

– Meanwhile, PSG are seriously considering making a move to bring in defender Eliaquim Mangala from Manchester City, a source close to the club has told ESPN FC.

MAN CITY: Dani Alves turned his back on an agreement to join Manchester City after Paris Saint-Germain offered to double what the Premier League club had agreed to pay him, sources have told ESPN FC.

– City are close to completing the signing of Brazilian midfielder Douglas Luiz from Vasco da Gama, sources have told ESPN.

– West Ham are interested in signing City goalkeeper Joe Hart, but only on a loan deal, sources close to the club have told ESPN FC.

– Celtic have signed France under-21 midfielder Olivier Ntcham from Manchester City for a fee of about £4.5 million.

– Jason Denayer has criticised Manchester City for not pushing through a move to Lyon this summer, claiming the Premier League club only want to sell him in “exorbitant or unreal conditions.”

– Ilkay Gundogan is ready to put a frustrating first season at Manchester City behind him by winning trophies and reclaiming his Germany place ahead of next summer’s World Cup.

MAN UNITED: Manchester United are set to push on with their bid to sign Eric Dier, firm in their belief that the midfielder wants to swap Tottenham for Old Trafford this summer, sources have told ESPN FC.

– United will try to push through a deal for Ivan Perisic before Inter Milan head to China for their preseason tour next week, sources have told ESPN FC.

BAYERN MUNICH: Real Madrid star James Rodriguez has joined Bayern on a two-year loan deal with an option for a permanent deal subject to a medical, both clubs have announced.

– James can revive his career at Bayern under Carlo Ancelotti, Mark Lovell writes.

– WATCH: The ESPN FC crew discuss what the James deal means for Bayern.

– Douglas Costa arrived in Turin for his Juventus medical on Tuesday evening.

– Bayern have cancelled the contract with former Bundesliga champions TSV 1860 Munich at their Allianz Arena stadium.

REAL MADRID: James Rodriguez has thanked Madrid fans for their support during his three seasons at the club, as he joins Bayern Munich.

– Real Betis coach Quique Setien believes Dani Ceballos would benefit from staying another season at his club before playing for Real Madrid.

– A lawyer for Karim Benzema has described his client as “leading 3-0 in the 89th minute” after a French court gave the Real Madrid striker a boost in the case of alleged attempted extortion of Mathieu Valbuena.

LA LIGA: Atletico Madrid have confirmed the signing of Vitolo from Sevilla in a deal that saw the Spain winger trigger his own €37.5 million release clause and will see him now spend the first half of the 2017-18 season on loan at Las Palmas.

AC MILAN: Milan have extended the contract of goalkeeper Gianluigi Donnarumma until 2021, weeks after the 18-year-old turned down their offer of a new deal.

– Milan have announced that they have completed the signing of Gianluigi Donnarumma’s older brother Antonio.

– Fiorentina general manager Pantaleo Corvino has told AC Milan they must meet their demands for Nikola Kalinic within 10 days, or they can forget about signing him.

LIVERPOOL: Philippe Coutinho wants to improve on his impressive 2016-17 campaign after returning to Liverpool preseason training on Tuesday.

– Liverpool have confirmed Sadio Mane will not be present on the club’s preseason tour of Hong Kong.

– Chelsea are to hand Kurt Zouma a new deal before sending him out on loan, sources close to the club have told ESPN FC.

ARSENAL: Mesut Ozil says he wants to stay at Arsenal — and is hoping Alexis Sanchez will as well.

– Arsene Wenger has confirmed he plans to start the new Premier League season with the same 3-4-3 formation that brought success at the back end of a disappointing 2016-17 campaign.

– WATCH: Per Mertesacker explains his decision to retire at the end of the season.

– Inter have completed the signing of Borja Valero from Fiorentina on a three-year contract.

BUNDESLIGA: The 19 clubs from one of Germany’s regional fourth divisions have accepted the German Football Association’s (DFB) plan to allow China’s under-20 team to play friendlies against them.

GOLD CUP: French Guiana made the unusual decision of starting Florent Malouda in their Gold Cup clash against Honduras on Tuesday, despite CONCACAF previously ruling the 37-year-old ineligible for the competition.

– Kellyn Acosta is motivated to take his chance to shine on the international soccer stage, but the 21-year-old midfielder admitted he was “upset” with his play and that of the U.S. national team against Panama.

BARCELONA: Barcelona have completed the signing of 19-year-old Palmeiras attacking midfielder Vitinho on a one-year loan deal with an option to buy, the Catalan club confirmed on Tuesday.

– Thomas Vermaelen, Douglas and Munir El Haddadi will return to training on Wednesday, but sources have told ESPN FC that Barca are prepared to let all three leave.

CHINESE SUPER LEAGUE: Lukas Podolski has told Sport Bild the Chinese Super League will never join the elite because what happens behind the scenes is “about anything but football.”

– Guangzhou Evergrande have re-signed the club’s leading scorer Muriqui to a six-month contract as Luiz Felipe Scolari’s side aim to complete a clean sweep of trophies this season.

DORTMUND: Peter Bosz has said there is no excuse for Borussia Dortmund’s 3-2 defeat at RW Essen in their first match of preseason.