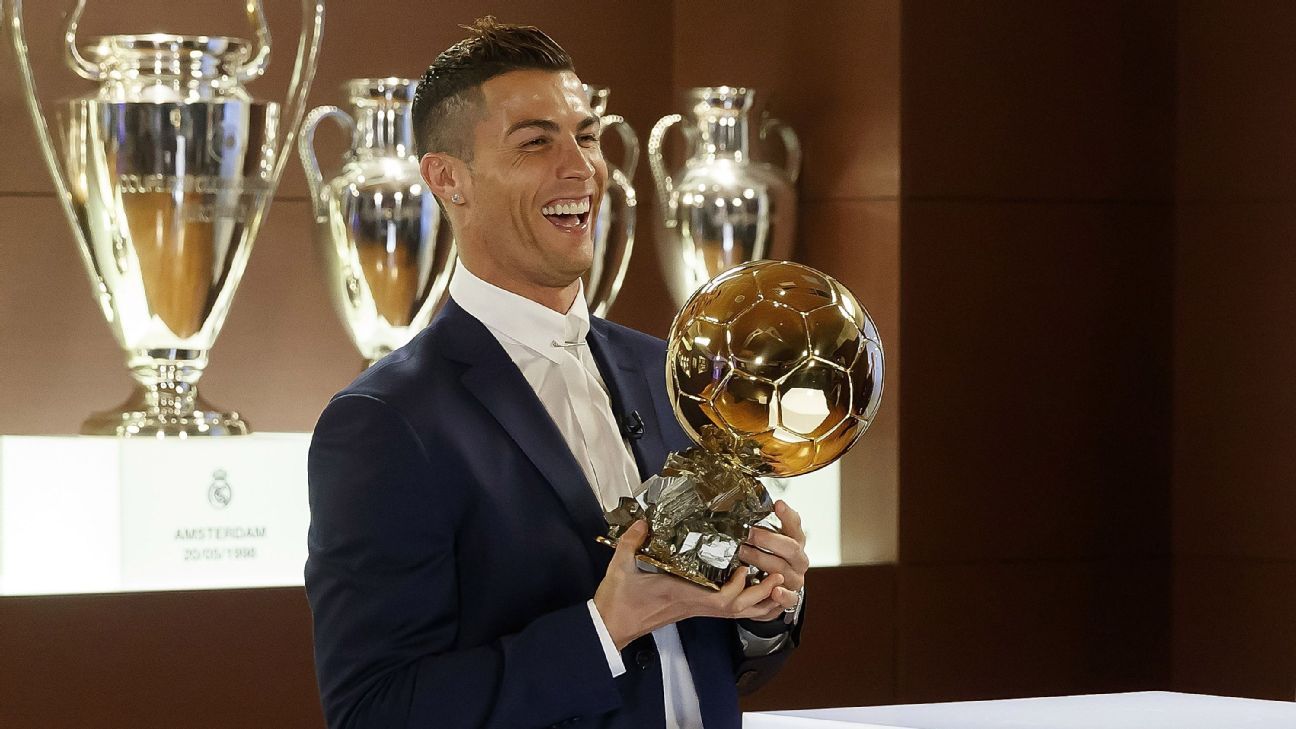 BALLON D’OR: The 30 nominees for the 2017 Ballon d’Or are being unveiled on Monday, with 2016 winner Cristiano Ronaldo the favourite. Neymar was among the first five names on the shortlist released by France Football.

BARCELONA: Neymar has demanded UEFA expel Barcelona from the Champions League in a dispute over a bonus payment, according to Press Association Sport.

EUROPEAN QUALIFYING: Netherlands captain Arjen Robben says their hopes of qualifying for the 2018 World Cup are over following Sweden’s 8-0 win against Luxembourg.

– Scotland were denied a place in the World Cup playoffs while Poland secured their spot. FULL REVIEW.

– Gordon Strachan bemoaned Scotland’s genetic make-up after his side lost out on a World Cup playoff on goal difference following a 2-2 draw in Slovenia.

– Germany have completed a perfect qualification campaign for the 2018 World Cup, making it 10 wins from 10 matches with a 5-1 win over Azerbaijan on Sunday, but coach Joachim Low said they must “remain grounded.”

ITALY: Gianluigi Buffon says there is nothing to hide after he and a group of senior Italy players held a meeting without coach Gian Piero Ventura in the aftermath of Friday’s 1-1 draw with Macedonia.

SOUTH AMERICA QUALIFYING: Brazil stars Gabriel Jesus and Miranda have promised the Selecao will offer no quarter to Chile in their final World Cup qualifier on Tuesday, despite the Chileans needing a win to keep their hopes of reaching Russia alive.

BAYERN MUNICH: Jupp Heynckes has said he never dreamed he would come out of retirement to take charge of Bayern Munich for a fourth time.

– Manuel Neuer has said recovery from his latest fracture could take at least six months but he hopes to play again this season.

FRANCE: Former France international Samir Nasri has told Canal+ he believes it is “an act of stupidity” to have sent Real Madrid forward Karim Benzema into international exile.

FIFA: Real Madrid could face New Zealand side Auckland City in the Club World Cup semifinals after the draw for the competition, which takes place in Abu Dhabi, was made on Monday.

– Arsenal striker Olivier Giroud is one of three players through to the final stage FIFA’s Puskas Award for “the most beautiful goal of the season.”

MAN UNITED: Manchester United are hopeful Phil Jones will be fit to face Liverpool this weekend despite pulling out of the England squad with injury, sources have told ESPN FC.

– The Belgian Football Association have said Manchester United midfielder Marouane Fellaini will only be sidelined “for a couple of weeks” after he limped out of Saturday’s World Cup qualifying win against Bosnia and Herzegovina.

ARSENAL: Shkodran Mustafi looks set for an extended spell on the sidelines after limping out of Germany’s 5-1 World Cup qualifying win over Azerbaijan.

– Olivier Giroud says he was “very close” to joining Everton this summer but is happy he decided to stay at Arsenal.

LIVERPOOL: Emre Can has told kicker that it was an “honour” to receive an offer from Juventus in the summer but insists he is solely focused on Liverpool this season.

CHELSEA: Chelsea could be without N’Golo Kante and Alvaro Morata at Crystal Palace on Saturday.

– Tammy Abraham can fulfil his ambition of becoming one of the Premier League’s best strikers if he is willing to match the work ethic of Didier Drogba, according to Swansea City assistant coach Claude Makelele.

UNITED STATES: United States international John Brooks is closing in on a return to full training with Wolfsburg as he recovers from a tendon injury.

– United States have one foot in Russia after a fraught qualifying campaign, Ian Darke writes.

MLS: New York City FC midfielder Andrea Pirlo has said that he plans to retire at the end of the current Major League Soccer season.