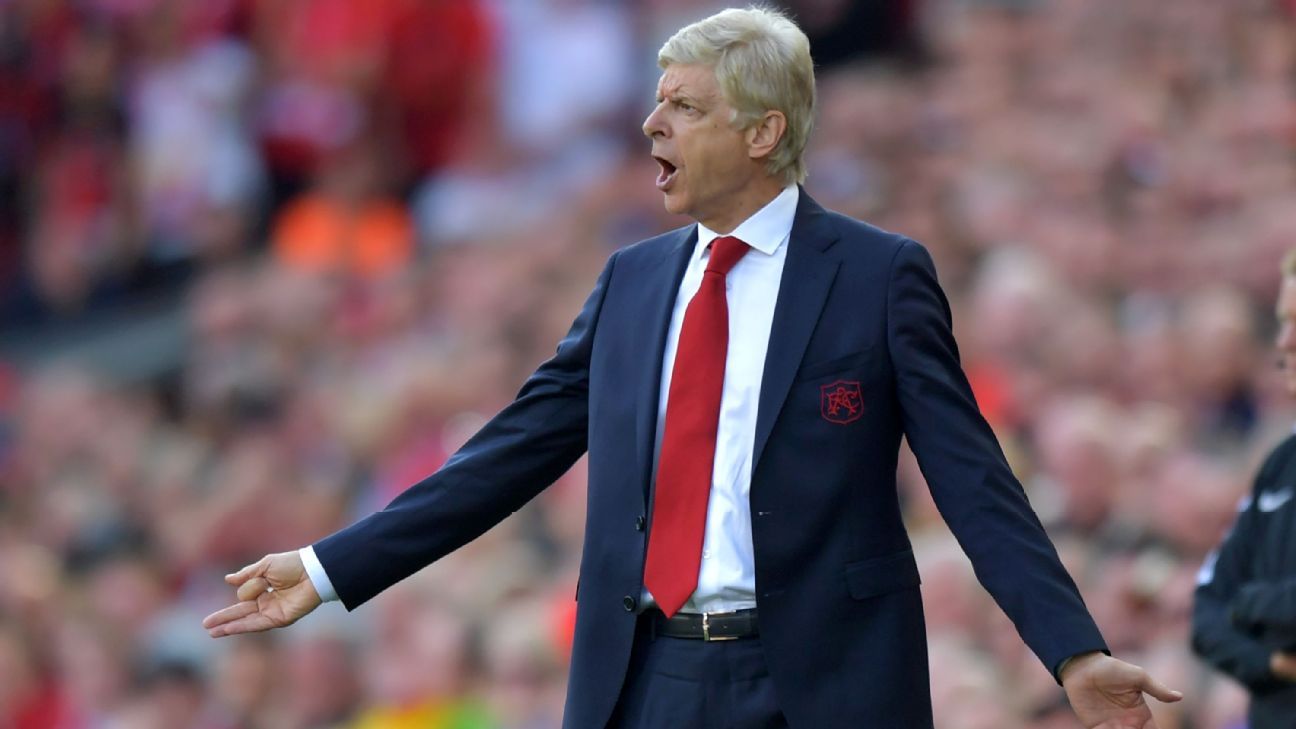 ARSENAL: Arsene Wenger has made a complete U-turn on UEFA’s financial fair play rules, with the Arsenal boss saying they should be scrapped completely to allow investors to pour unlimited amounts of money into the game.

– Wenger also said it would be “naive” to think some of his players didn’t get “tapped up” by other clubs shortly before the team’s 4-0 loss to Liverpool.

ENGLAND: FIFA has opened disciplinary proceedings against Dele Alli over his gesture during England’s World Cup qualifier against Slovakia.

– Tammy Abraham could yet trade England international duty for Nigeria if the Super Eagles federation president has his way.

PSG: Kylian Mbappe is likely to make his Paris Saint-Germain debut away at FC Metz on Friday after coach Unai Emery named him in the squad for the Ligue 1 clash, while he has told L’Equipe he loved speaking to Pep Guardiola, but rejected Manchester City’s approach because he had wanted to stay in France.

MAN UNITED: Romelu Lukaku says he can cope with the pressure of being United’s No. 9.

REAL MADRID: Florentino Perez says his club received no offers for Gareth Bale this summer, while stopping short of ruling out a future sale of the Wales international.

– Perez has said that a new contract for Isco is a “done deal” and rubbished claims that Cristiano Ronaldo ever thought about leaving the club this summer. Full Story.

PREMIER LEAGUE: Manchester United and Manchester City were among five clubs who voted against the Premier League’s plans to move up the transfer deadline, a source has confirmed to ESPN FC.

– That news comes after clubs voted in favour of closing the summer transfer window before the first game of next season earlier, while the move has been met with a positive reaction in Europe.

EVERTON: Everton manager Ronald Koeman admits he is “very disappointed” by Wayne Rooney’s drink-driving charge and says the striker will be disciplined “at the appropriate time.”

LIVERPOOL: Jurgen Klopp says Liverpool need to be careful with the fitness of Philippe Coutinho after he returned to Merseyside following international duty with Brazil, with this summer’s wantaway star having not featured in any of the team’s first five matches due to back injury and illness.

TOTTENHAM: Fenerbahce have announced that they have reached agreement with Tottenham Hotspur for the loan of striker Vincent Janssen.

– Tottenham’s new 61,500-seater home, due to be ready for the start of the 2018-19 season, will include a retractable grass pitch for football matches, and a synthetic pitch underneath for NFL matches, music concerts and other events.

CHELSEA: Fenerbahce are still holding with Diego Costa’s representatives about bringing the Chelsea striker to Turkey on loan, with the country’s transfer window still open until Friday.

MAN CITY: Bernardo Silva might not be playing for Manchester City were it not for the influence of former Manchester United players Cristiano Ronaldo and Nani.

– Will Sergio Aguero feature in Pep Guardiola’s lineup against Liverpool on Saturday? WATCH.

NEWCASTLE UNITED: Newcastle boss Rafael Benitez will not hold his usual prematch news conference on Friday after undergoing surgery during the international break and could miss his team’s match against Swansea on Sunday. Benitez went into hospital for a procedure to address an infection resulting from a hernia operation he had two years ago.

ATLETICO MADRID:  Diego Simeone agreed to extend his contract with Atletico Madrid because the La Liga club ceded to his request that no first-team players be sold this summer.

WORLD CUP QUALIFYING: The South African FA has hit out at FIFA over the organising body’s decision to make the country replay a match against Senegal that was officiated by a corrupt referee and may appeal the decision.

– Forty-one cities across the U.S., Canada, and Mexico have submitted applications to become official host cities for the 2026 World Cup, the United Bid Committee spearheading the joint bid says.

BUNDESLIGA: Bibiana Steinhaus will make history in Germany on Sunday when she becomes the first woman to referee a Bundesliga game. The German football federation confirmed on Thursday that the 38-year-old police officer is to take charge of Hertha Berlin’s home game against Werder Bremen.

SUTTON UNITED: Former Sutton goalkeeper Wayne Shaw has admitted he was “naive” with regard to the “piegate” controversy that led to him leaving the club and being sanctioned by the Football Association.

MLS: Atlanta United will hold onto its star players until it receives a “too-good-to-refuse offer,” club president Darren Eales says.