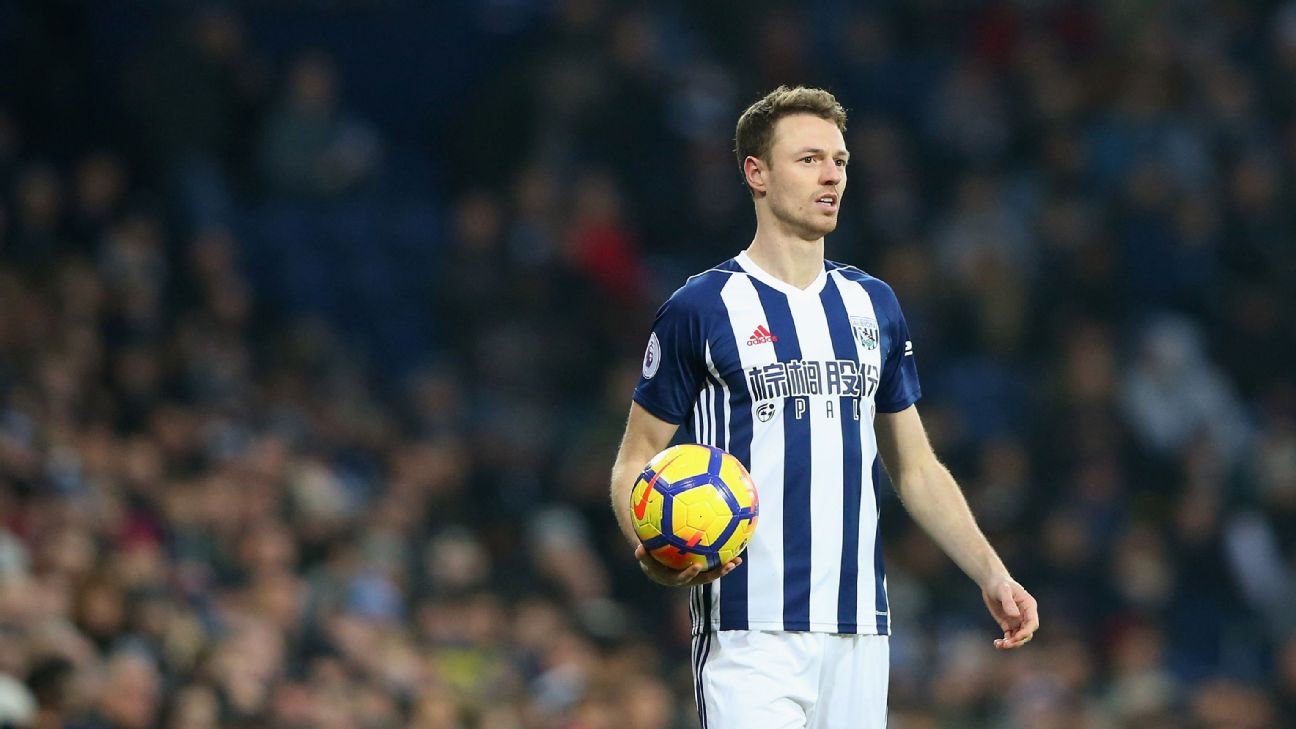 Clubs are slowly turning their eyes toward the summer window, and Transfer Talk has the updates on all the latest rumours.

Tottenham are ready to trigger the release clause in Jonny Evans‘ West Brom contract once the Baggies are relegated to the Championship.

Spurs could have the Northern Ireland star, who is interesting Arsenal and Manchester City, for just £3 million, report the Telegraph.

The former Manchester United star has impressed in recent seasons, despite his side’s struggles.

Even though he is already 30 years old, a move this summer appears likely with Mauricio Pochettino making plans to replace Toby Alderweireld should the Belgian leave with a year remaining on his deal.

Antoine Griezmann wants his future to be decided before the World Cup, with the Atletico Madrid striker eager to concentrate fully on France’s bid for a second title.

The 27-year-old has been strongly tipped to move to Barcelona, reports Sky Sports, with Ernesto Valverde able to add a fourth attacking star to move Philippe Coutinho back into midfield.

“I want to travel to Russia without this concern,” Griezmann said. “It’s not about knowing where I’ll play, but about having the peace of mind if I’m still in one place or another.

“It may be boring, but I have told my sister that, whether I stay or not, this will have to be resolved beforehand.

“What bothers me the most is that everyone asks me about this issue.”

Inter Milan are ready to sign Shakhtar Donetsk star Bernard, with the Brazilian forward set to become a free agent this summer.

Corriere dello Sport believes the 25-year-old is a key target for the Nerazzurri, who has shone in recent years for the Ukrainian side after joining from Atletico Mineiro in 2013.

Bernard has scored nine goals and assisted three more in 26 games in the Premier Liga and Champions League.

A move to Serie A could boost Luciano Spalletti’s hopes of pushing for the Scudetto with Inter primed to grab a top-four spot this season.

– Inter will also move for Jonathan Bamba after the Saint-Etienne star’s impressive season in Ligue 1.

The 21-year-old has thrived under Jean-Louis Gasset, scoring six times and assisting seven more, leading Corriere to suggest a move to Italy could be on the cards.

– Juventus will not move for Arsenal’s Hector Bellerin with Manchester United’s Matteo Darmian their first choice, according to Goal.

The former Palermo and Torino star has failed to hold down a starting spot at Old Trafford, but a return to Serie A could put him back into contention to start for the Azzurri.

– Arsenal could welcome back Lucas Perez after a dismal loan spell with Deportivo La Coruna, claims the Standard.

The La Liga side failed to include an obligation to buy or even an option, meaning that after 28 games, the 29-year-old has five goals and six assists.

– Rangers are lining up a summer move for Preston’s Louis Moult after a recent rough run of form.

The former Motherwell striker has been unable to settle in the Championship since his January move, and the Mail believes the 25-year-old could return north of the border this summer.

– Willy Caballero will stay at Chelsea next season, though Goal reports that No.1 Thibaut Courtois could leave the champions.

The Argentine has impressed as the deputy under Antonio Conte and is content to continue in his role next season.