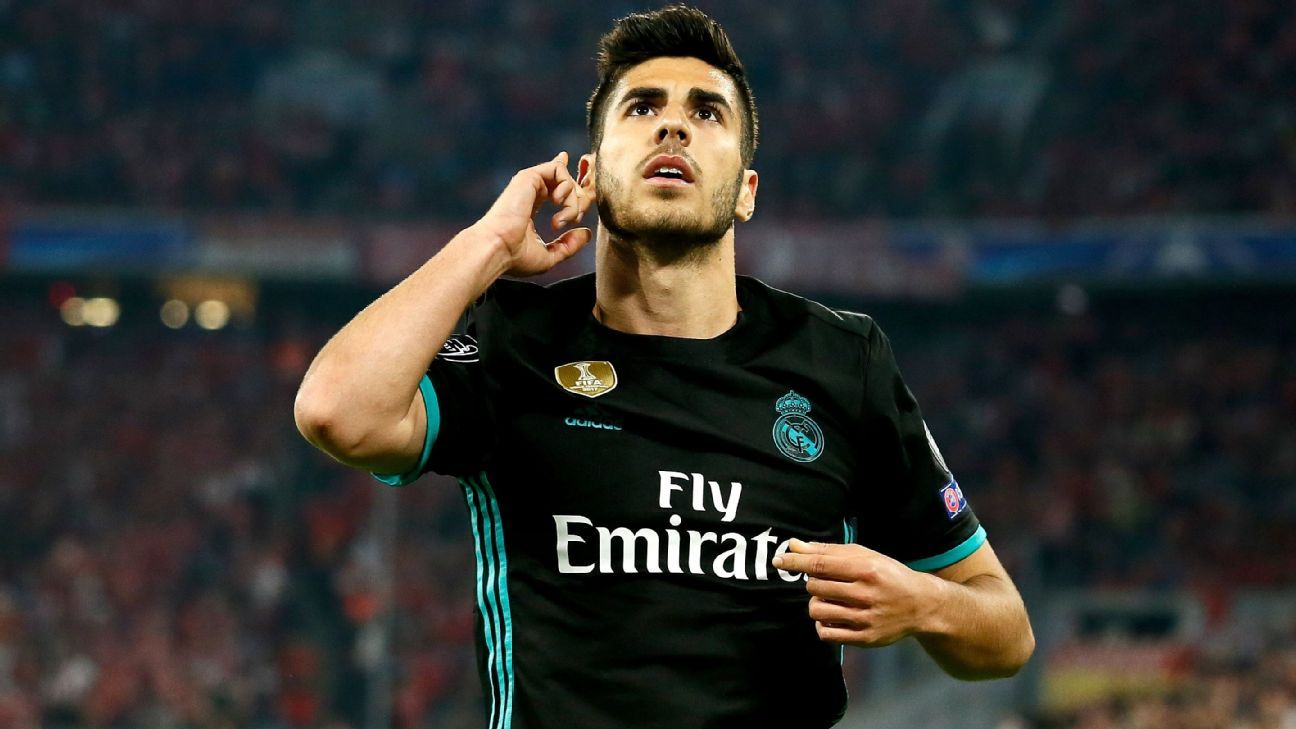 The past few days have seen the rumour that Liverpool are preparing a €180 million offer to lure Marco Asensio away from Real Madrid. It started with a report in Mundo Deportivo at the weekend that was repeated in Marca on Wednesday, and Sport claims Real could be willing to sacrifice him as they look to raise funds to sign Neymar.

But another Spanish outlet is skeptical about it all: “AS has been told that Asensio’s remarks were in no way made with the intention of leaving the door open to a move to the Premier League club.”

Asked about the recent reports at Spain’s World Cup news conference on Tuesday, the 22-year-old said his focus remains on La Roja. “It is something which has come out,” Asensio said. “When this World Cup is over, we will talk about these type of things.”

Gianluigi Buffon could complete a move to PSG in the coming weeks too.

10.50 BST: L’Equipe are reporting that Crystal Palace have held talks with Toulouse’s 19-year-old goalkeeper Alban Lafont, though PSV and Fiorentina are also interested.

While Junior Hoilett has signed a new contract, Alex Smithies has joined from QPR and Bobby Reid is expected to join later, BBC Sport are reporting that they have held talks with Liverpool regarding the possible re-signing of Marko Grujic on loan.

Rebic has helped his national side top group C ahead of Argentina, scoring a sublime volley against them in a 3-0 win.

#CardiffCity are delighted to confirm the signing of Alex Smithies from @QPR!

The former England international could even start training with the side by the end of the week.

09.35 BST: Marca believe that Chelsea have overtaken Real Madrid and Liverpool in the race to sign Roma and Brazil goalkeeper Alisson.

09.30 BST: Frenkie de Jong‘s agent Ali Dursun met with Barcelona representatives on Wednesday to discuss his client future move from Ajax to the Nou Camp, according to Mundo Deportivo.

Barca do not plan to bring the 21-year-old midfielder until the summer of 2019 but they are trying to get a deal now in order to avoid more competition.

09.00 BST: Roma have wasted no time overhauling their squad with William Bianda set to join them as their ninth summer signing.

Bianda, a central defender has arrived in Rome for his medical and is set to cost €4 million from Lens.

Manchester United are ready to sign Lee Grant from Stoke City on a free transfer, the Telegraph says.

Grant — a former England under-21 goalkeeper who has made more than 500 appearances at clubs including Derby County, Sheffield Wednesday and Burnley — would become United’s No. 3 goalkeeper behind David De Gea and Sergio Romero, which will lead to Joel Pereira heading out on loan.

Ante Rebic has impressed at the World Cup for Croatia on the heels of a good season on loan at Eintracht Frankfurt, and that has now drawn Everton’s attention, according to the Mirror.

The 24-year-old scored nine goals in 28 appearances last season, including two in Frankfurt’s victory over Bayern Munich in the German Cup final. In Russia this summer, he scored the first goal in Croatia’s 3-0 win over Argentina.

Frankfurt have activated their option to buy Rebic from his Italian parent club Fiorentina and initially valued him at £26 million, but they are bracing for offers — including also from Tottenham — and believe his World Cup performances have increased his value.

— Bournemouth are edging closer to signing David Brooks after agreeing a £12 million fee with Sheffield United, the Mail says. The 20-year-old will have a medical with the Cherries on Thursday following a fine season in the Championship.

— Monaco have struck an agreement to sign 16-year-old midfielder Robert Navarro from Barcelona. L’Equipe reports that the French club agreed a three-year deal with an option for two more years.

— Inter Milan continue to set the pace in the European market this summer after holding talks with Atletico Madrid to sign Sime Vrsaljko. Gianluca Di Marzio claims that the World Cup star is wanted on a loan with a right to buy, but the Spanish club have rejected this proposal.