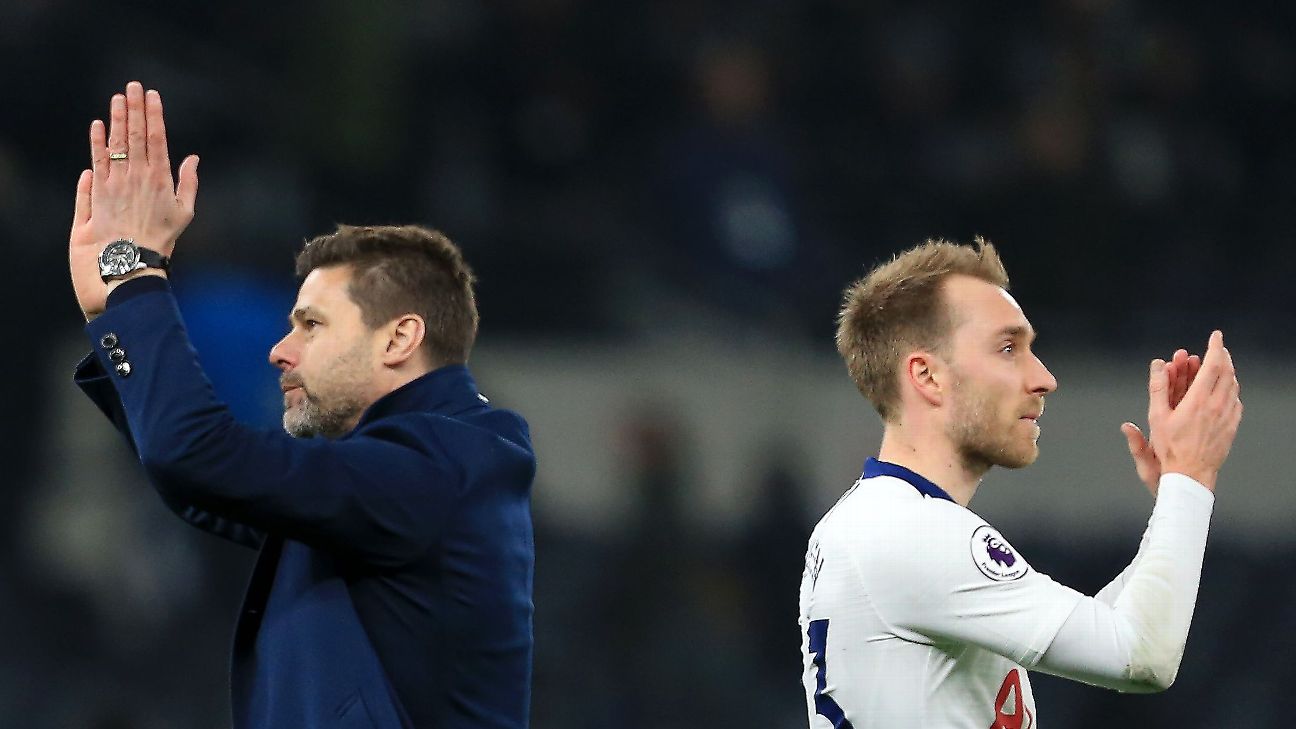 The transfer windows in Europe’s top leagues are closed, but it’s never too late to look forward to January! Click here to view the latest transfers, and keep up to date with the newest gossip below.

Real will come for Eriksen, then Pochettino

Wantaway Tottenham Hotspur attacker Christian Eriksen is set to sign a pre-contract with Real Madrid in January, according to the Mirror. The report adds that the La Liga side will then go for Spurs boss Mauricio Pochettino.

Denmark international Eriksen made no secret of his desire to leave the London club in the summer, but Spurs wouldn’t allow it. Should they sell him, they’ll be hoping to do so in the January transfer window so they can at least recoup some of his value.

Spurs are hoping to attract a bid of around £30 million to sell Eriksen in January, rather than seeing the midfielder play out his contract and leave for nothing in the summer.

The Spanish giants have also made Pochettino their No. 1 target to replace Zinedine Zidane with the Real Madrid boss already under pressure despite their solid start in La Liga.

Everton to snap up Malen?

Everton are set to battle with Arsenal over transfer target Donyell Malen, The Sun reports.

Malen has already scored 11 goals in 14 appearances this season, so it’s no surprise to see the ex-Arsenal academy player linked with a return to the Premier League.

Everton Director of Football Marcel Brands has put an emphasis on signing young talent, having brought in Moise Kean from Juventus this summer, so the Toffees could hold the advantage in this scenario.

Arsenal, who sold him to Jong PSV in 2017, would be willing to spend £50 million to bring him back to the Emirates Stadium. He initially left the Gunners because he wasn’t getting enough game time.

United States goalkeeper Zack Steffen‘s loan deal at Fortuna Dusseldorf from parent club Manchester City could be extended beyond this season, according to Calciomercato.

Steffen has impressed Bundesliga observers so far during his stay in Dusseldorf, having played every minute this season for the club.

Steffen has been the first choice keeper for the U.S. during its most recent matches, and made the move from MLS’ Columbus Crew to Europe this summer.

– FC Salzburg forward Erling Braut Haland has praised Manchester United boss Ole Gunnar Solskjaer’s impact on his career and said he has always dreamed of playing in the Premier League. Solskjaer used to coach Haland at Norwegian club Molde before their respective moves to new clubs.