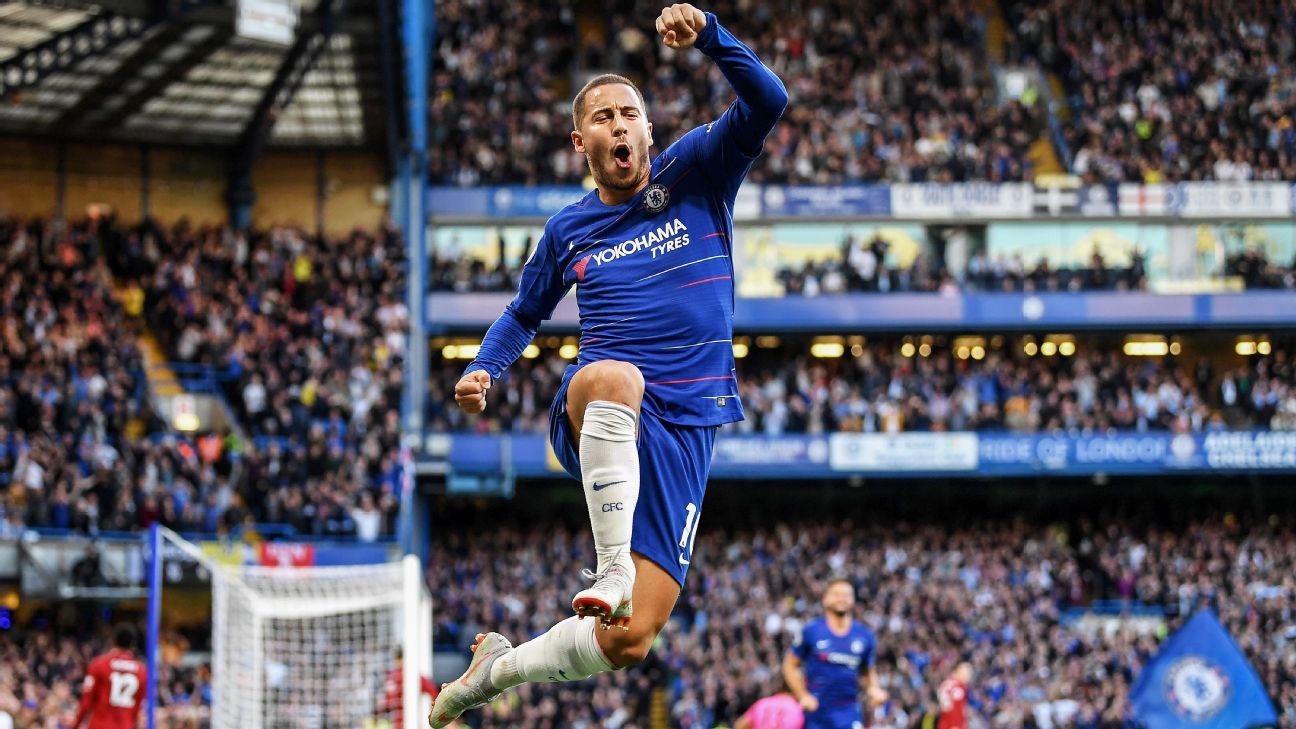 The transfer window for Europe’s biggest clubs is open again. Transfer Talk has been scouring the world’s media and setting our correspondents loose to see who could be heading to/out of your club this month.

Real Madrid have made Eden Hazard their No. 1 priority as they look to rebuild their squad ahead of next season, according to a report by AS.

It has been a disappointing season by Real’s standards this time around, and they will look to put this right by signing a new star as they continue to acclimatise to a world without Cristiano Ronaldo.

Chelsea attacking midfielder Hazard has long been in their sights, and the player has maintained over and over in recent months that he is keeping his options open with 18 months remaining on his deal at Stamford Bridge.

It now appears the move will finally be completed — if not this month, then by this summer at the latest.

Some Atleti fans are not keen on their club signing a former Real Madrid player, but it’s thought the move will still be completed next week, according to the reports.

The La Liga side needed to offload a player to help raise some funds for the deal, and the sale of Jonny to Wolves — which had previously been a loan — will do that.

The arrival of Gonzalo Higuain at Chelsea has left the door open for Morata to leave, but he had signalled his intent to look for a new club even before the transfer window had opened.

He’ll be looking to revive his career back in La Liga, after a spell in Italy with Juventus before returning to Real and then moving to London in 2017.

Bayern move in for unsettled Hudson-Odoi

Chelsea are the hot topic during this January transfer window, and with Callum Hudson-Odoi handing in a transfer request, Bayern Munich are ready to pounce according to a report by the Sunday Mail.

The perennial Bundesliga champions are ready to make a bid of £40 million and are thought to be the player’s preferred destination.

RB Leipzig have also joined the party with a bid of £20m, according to the report, but they are also offering a buy-back option, which might be attractive to Chelsea.

Chelsea have offered the player a deal to stay worth £85,000 a week, but the handing in of a transfer request has signalled the teenager’s intentions.

This deal is getting close to completion, according to reporting by Sky Sports, after the London side agreed to pay Real Betis the £43m release clause for the Uruguayan forward.

The Chelsea winger has put in a transfer request, and Bayern are said to be interested in the young Englishman.

Chelsea have been linked with Cagliari’s Italian midfielder all summer, but Gazzetta Dello Sport reports that Ole Gunnar Solskjaer’s side will make a bid of £50m in an attempt to beat their top-four rivals to his signature.

Barcelona would prefer to sell Coutinho to Manchester United rather than Paris Saint-Germain, according to reporting by the Mirror, which means he’ll probably be staying at Barcelona.