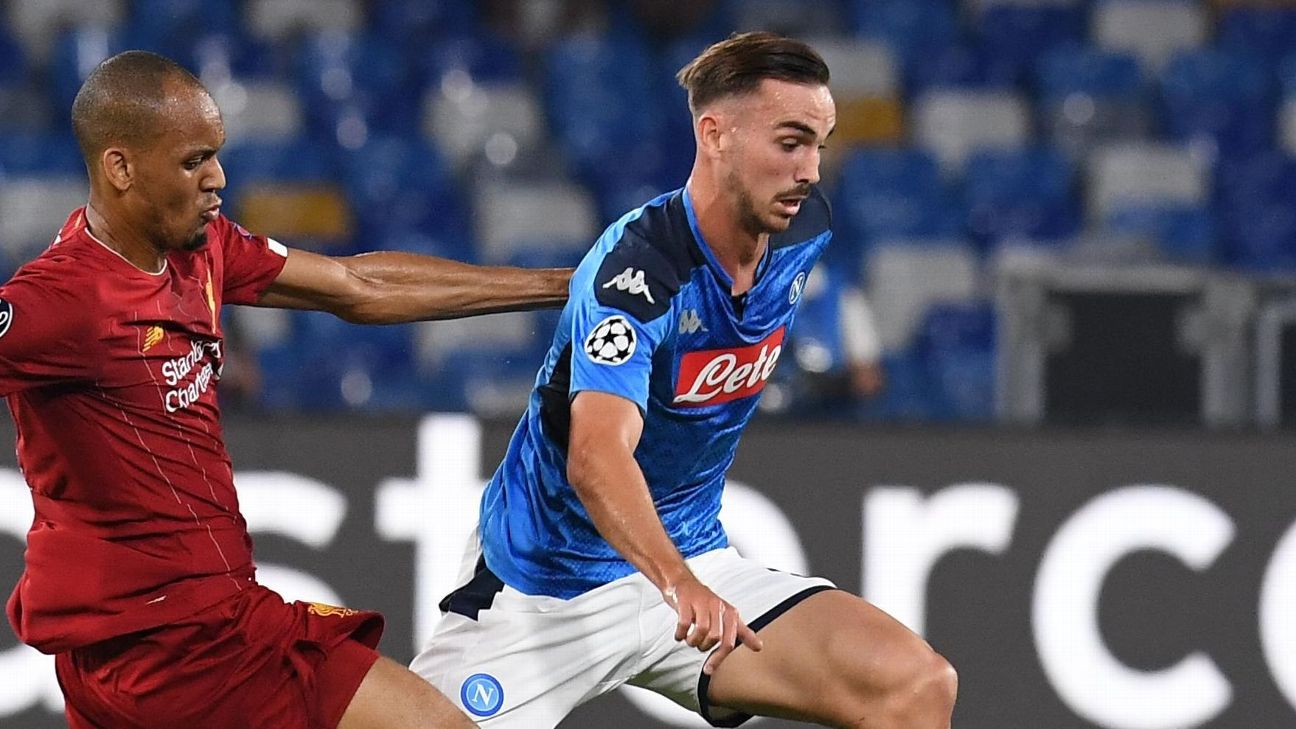 Napoli’s Fabian a man in demand

Napoli midfielder Fabian Ruiz has established himself as one of the premier talents in Italy and is now drawing attention from other big clubs across Europe.

The Spain international is on the radar of the major sides back in his homeland with Real Madrid and Barcelona showing interest in him, according to the Daily Mail.

Another team keeping tabs on him is the one that he helped defeat on Tuesday in the first match of Champions League group stage action — defending champions Liverpool.

Fabian, who played at Real Betis prior to moving to Naples, has been compared to former Barca great Xavi — certainly good company for the budding 23-year-old to keep.

Ole Gunnar Solskjaer’s revamp of Manchester United will continue with the purchase of Bournemouth striker Callum Wilson, according to the Sun.

The Cherries frontman has begun the season well on the south coast, with three goals in five starts for Eddie Howe’s side.

Wilson is clearly a man in demand, with whispers of a move to Chelsea emerging this time last year.

– Cristiano Ronaldo has revealed that he came close to joining Arsenal early in his career.

“I was one step away from joining Arsenal,” Ronaldo said, according to the Mirror. “I appreciate what Arsenal did for me, especially Arsene Wenger. They’re a great club.”

– Borussia Dortmund sporting director Michael Zorc has told the Mirror that Jadon Sancho was “not close” to completing a move to Manchester United this past summer.

“Not close at all. We didn’t talk to them,” Zorc said. “They were asking us for a meeting. [We said] Sancho is not for sale.”