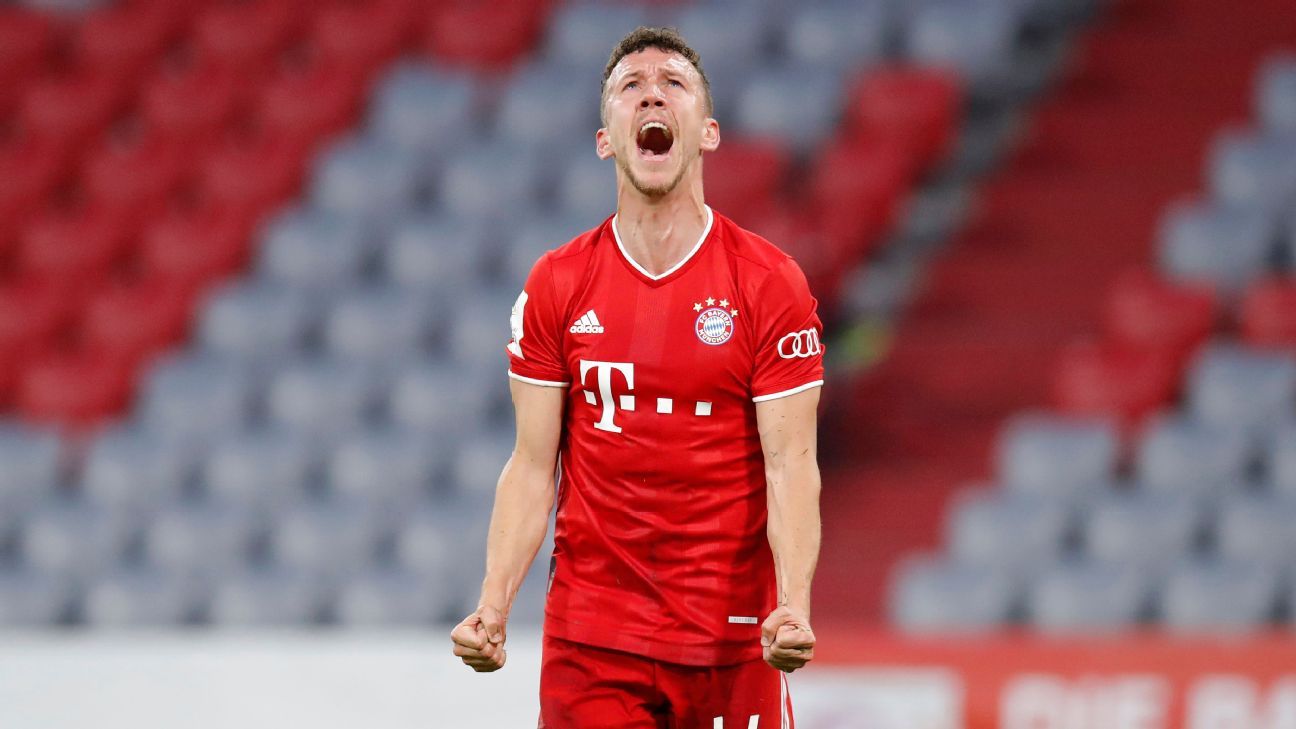 Calciomercato claims Tottenham Hotspur have emerged as a potential destination for Inter Milan outcast Ivan Perisic, with Spurs boss Jose Mourinho identifying the Croatian as a transfer target on Tuesday.

The 31-year-old has spent the season on loan at Bundesliga champions Bayern Munich, and with the Bavarians now looking increasingly unlikely to trigger the €20 million option to make the World Cup finalist’s deal permanent, Perisic now finds himself in limbo.

The report adds that Inter boss Antonio Conte is believed to be keen to move the player on.

Mourinho has been keeping a close eye on developments from afar, and with Spurs operating on a reduced transfer budget after missing out on qualification for next season’s Champions League, a cut-price deal for Perisic is likely to gather traction among the Tottenham hierarchy.

Reports at Corriere dello Sport claim that a deal that would see Manchester United defender Chris Smalling remain at Roma is still yet to be agreed, despite talks to extend the Englishman’s stay beginning several weeks ago.

The 30-year-old has enjoyed a successful loan spell at the Stadio Olimpico after arriving in the Eternal City at the backend of last year’s summer transfer window, and the former Fulham man has so far made 28 appearances for Paulo Fonseca’s side.

United boss Ole Gunnar Solskjaer would prefer to pursue a deal that would see the player depart Old Trafford on a permanent basis, as opposed to a fresh loan deal, but with the Giallorossi reportedly struggling to get the funds together to finance a full-time transfer for the 31-cap England international, talks could be set to stall.

Milenkovic on the move to Milan

AC Milan are planning for another busy transfer window as they look to end their six-year Champions League exile, and Gazzetta dello Sport says the Rossoneri are keeping tabs on Fiorentina defender Nikola Milenkovic.

The 22-year-old has seen his market value shoot up following a string of impressive performances in Serie A since signing from Partizan Belgrade for just over €5m in 2017. However, with La Viola languishing in mid-table with no chance of qualification for European football next season, the Serbian’s agent is believed to be in talks with Milan chiefs about a possible move to the San Siro.

A move for Milenkovic is unlikely to be a cheap one, however, with the defender’s contract in Florence lasting until at least 2022, but that’s unlikely to put off Milan boss Stefano Pioli as he plans major changes to his playing ranks ahead of a tilt at the top four in Italy’s top flight.

– Mexican midfielder Eugenio Pizzuto is closing in on a move to Ligue 1 club Lille and is set to take a medical at the club, according to Gianluca Di Marzio. Pizzuto had run down his contract at Pachuca. The San Luis Potosi native debuted in Liga MX last January but suffered a fracture in his leg during his first game. Pizzuto hasn’t played since, but the 18-year-old led Mexico to the final of the Under-17 World Cup last year and is considered one of the country’s brightest young talents.

– Sheffield United manager Chris Wilder is preparing a bid to bring former Blade Aaron Ramsdale back to Bramall Lane from relegated Bournemouth, according to reports at The Sun. The 22-year-old goalkeeper swapped south Yorkshire for the south coast three years ago for around £1m, and reports claim it could take up to 15 times that amount to bring him back north.

– Sport reports a trio of La Liga clubs are in the race to sign Barcelona starlet Monchu. The 20-year-old midfielder has been a standout performer in the Barcelona “B” side this season, but with competition for first-team places intense, the youngster is set to depart, with Valencia, Real Sociedad and Real Betis all reportedly interested in getting a deal done.

– AEK Athens goalkeeper Vasilios Barkas has arrived in Glasgow for a medical at Scottish Premiership championships Celtic, according to the Daily Record. A £5.5m fee has been agreed between the two clubs, and the 26-year-old is set to sign a four-year contract with Neil Lennon’s side.