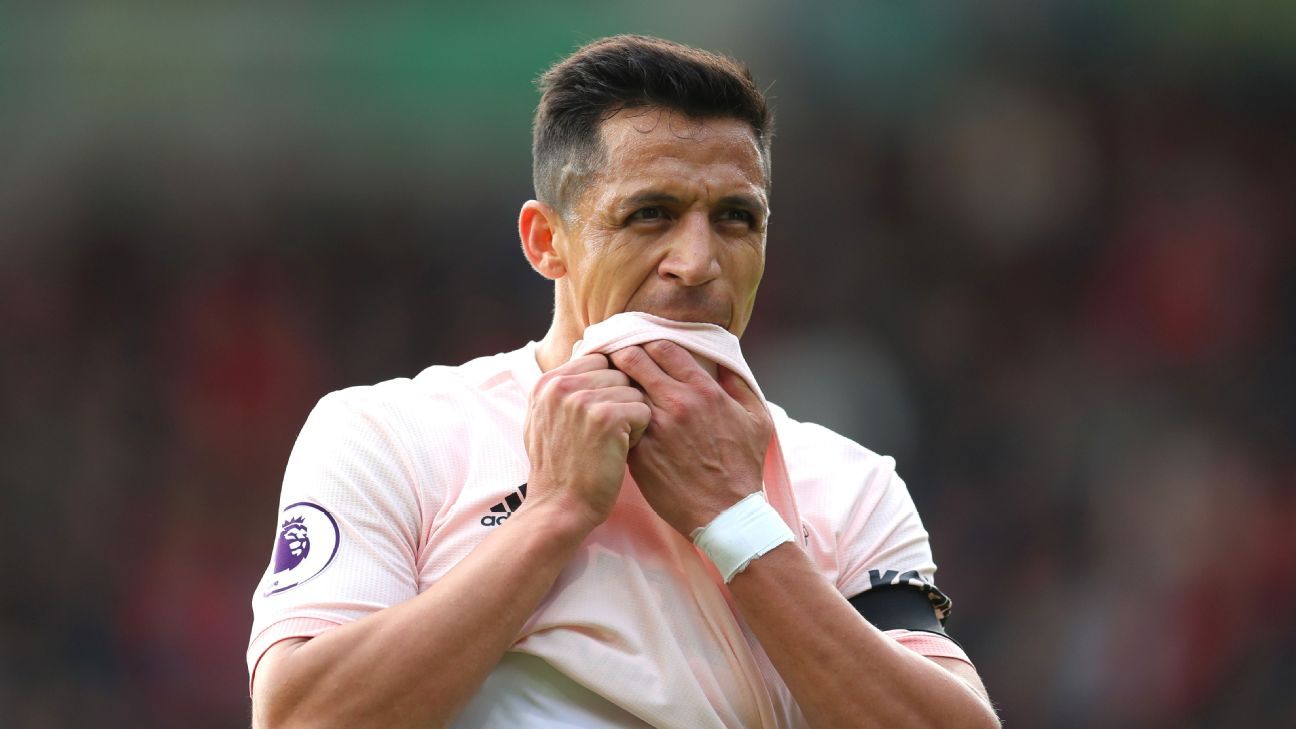 As speculation continues to surround the future of Alexis Sanchez, the Mirror reports that he is “eyeing a move to Paris Saint-Germain.” It says Chile international Sanchez “wants out of United” after less than a year at the club, citing reports last week that he was “isolated” at Old Trafford.

Both parties “might now look to secure a move in January,” with former Arsenal player Sanchez reported to be speaking to only three other members of Jose Mourinho’s squad. PSG could offer the 29-year-old a new start, with the French champions among a handful of clubs able to match his wages.

Meanwhile, the Sun suggests that Mourinho “could be in favour of a move after he reportedly admitted that he would have preferred to sign Inter Milan star Ivan Perisic last winter.”

23.05 BST: That brings Monday’s live edition of Transfer Talk to a close. Thanks very much for joining us, and be sure to check back in a few short hours when we return with the latest gossip pulled from Tuesday’s back pages.

21.16 BST: The Mirror reports that Samir Nasri has undergone a medical and agreed a heavily incentivised contract with West Ham, but the deal may yet fall through as the Hammers are concerned the 31-year-old is so out of shape that he may not be fit to play when his doping ban expires in January.

18.48 BST: In addition to Ashley Young, the Guardian is reporting that Antonio Valencia is also in discussions to extend his stay at Manchester United, with his contract set to expire this summer.

17.32 BST: Manchester City are set to open talks with 18-year-old midfielder Sandro Tonalo of Serie B side Brescia, according to Gazzetta dello Sport’s Nicolo Schira, with the club demanding €25m for a player also attracting interest from Inter, Juventus, AC Milan, Napoli, Roma, Chelsea and Monaco.

16.16 GMT: Manchester United right-back Ashley Young is in talks with the club over a new contract, say the BBC. The 33-year-old has converted from a winger to a full-back since joining in 2011 and his contract runs out this summer, but is reportedly keen to stay.

15.55 GMT: Turkish newspaper Takvim report that Fenerbahce are targeting a move for Crystal Palace defender Jairo Riedewald in January. There’s a Dutch presence at the club, with Erwin Koeman in temporary charge after the exit of Phillip Cocu, so that might explain it.

15.31 GMT: Athletic Bilbao, Roma and Atletico Madrid are just some of the club chasing Manchester United’s Ander Herrera, with the midfielder available on a free transfer next summer, say AS.

14.40 GMT: Arsenal are reportedly very interested in Ramires (not that one) but Bahia vice-president Vitor Ferraz says they are still awaiting bids.

“In contractual terms, the athlete is well protected and our job is to guide him and make him worry about playing football,” He told Radio Metropole.

13.50 GMT: Bayern president Uli Hoeness said the club would “significantly change the face of the squad” next summer.

Speaking to Sky on Sunday, he also ruled out any winter transfers, saying: “This would just lead to journalists not talking to those who scored two goals but to those who sit in the stands.”

12.58 GMT: Manuel Pellegrini is keen to give Samir Nasri another shot after he finishes serving an 18-month ban for receiving an intravenous treatment at a Los Angeles clinic in December 2016. The midfielder is having a medical at West Ham according to Sky Sports, and should be available to play at the end of December.

The club are now expected to confirm that the 42-year-old, who has won all four of his games in caretaker charge, as first team boss until the end of the season at least.

11.41 GMT: San Jose Earthquakes defender Nick Lima is headed to Bundesliga side Hertha Berlin for a training stint, a source with direct knowledge of the situation has told ESPN.

“For the last seven years with Chelsea, I have always enjoyed myself,” he told TalkSPORT. “When I am on the pitch I try to give happiness, first to me and then to the fans who are watching the game. At the moment, we are doing well and that’s why I am doing well. So I am happy to play at the moment.”

Ok, he’s not happy. But that’s about something else.

10.51 GMT: Calciomercato say that Roma midfielder Lorenzo Pellegrini caught the eye of Manchester United during the summer. Does that mean they are going to go back for the 22-year-old midfielder this January though? We’ll have to wait and see.

10.02 GMT: TEAMTalk say that Bundesliga side RB Leipzig are ready to offer a pre-contract to Wigan’s Nick Powell in January. The former Manchester United midfielder has also been linked with Celtic, Brighton and Burnley and can leave for free this summer.

09.22 GMT: Liverpool goalkeeper Simon Mignolet isn’t getting much of a game in England these days and could be set to move to Patrick Vieira’s Nice, so claim the Daily Mirror.

09.00 GMT: Good morning, and where better to start than with the news that Brazil legend Dani Alves might be bringing his unique personality to the Premier League. The PSG defender told the Daily Telegraph “it is not possible” he will end his career without playing in England. Hooray!

Roma’s decision to not let forward Patrik Schick join Arsenal in a swap for Aaron Ramsey leaves them facing strong competition for the Wales midfielder, says the Mirror.

Reports suggested the Gunners could allow Ramsey to go to Rome with Schick coming the other way following Danny Welbeck’s ankle injury.

But Roma sporting director Monchi has said that deal will not happen — and now the Serie A side will be up against a number of clubs for Ramsey’s signature.

The 27-year-old, who will leave Arsenal when his contract runs out in the summer, has been linked with Liverpool, Manchester United and Italian champions Juventus.

And the Mirror reports that both Chelsea and AC Milan have joined that trio as potential destinations.

A three-club chase for Porto midfielder Yacine Brahimi is in the offing, according to the Sun, which says Everton, Newcastle and West Ham are interested.

Brahimi, who is nearing the end of his contract, will be able to speak to overseas sides about a move from the start of next year.

The Sun says “his red-hot form could see a huge battle emerge,” but Everton manager Marco Silva could be a key factor in winning that battle.

Former Sporting Lisbon coach Silva “knows all about Brahimi’s qualities, meaning the midfielder could slot straight into his side without having to make any real adjustments to his game.”

– Newcastle manager Rafa Benitez is after a winger and a striker, with the Chronicle reporting that “the club’s network of scouts are clocking up the air miles in order to whittle down their shortlist.”

It says scouts have watched matches in Belgium, France, Spain and the Netherlands in the search for a wide player after a summer attempt to sign Bournemouth’s Junior Stanislas came to nothing.

– Manchester City winger Patrick Roberts is set to cut short his loan spell with Spanish side Girona and head back to City, according to the Sun.

Roberts, 21, has made only three starts for Girona and the England under-20 international could move to PSV Eindhoven, who had previously been interested in him, for the rest of the campaign.