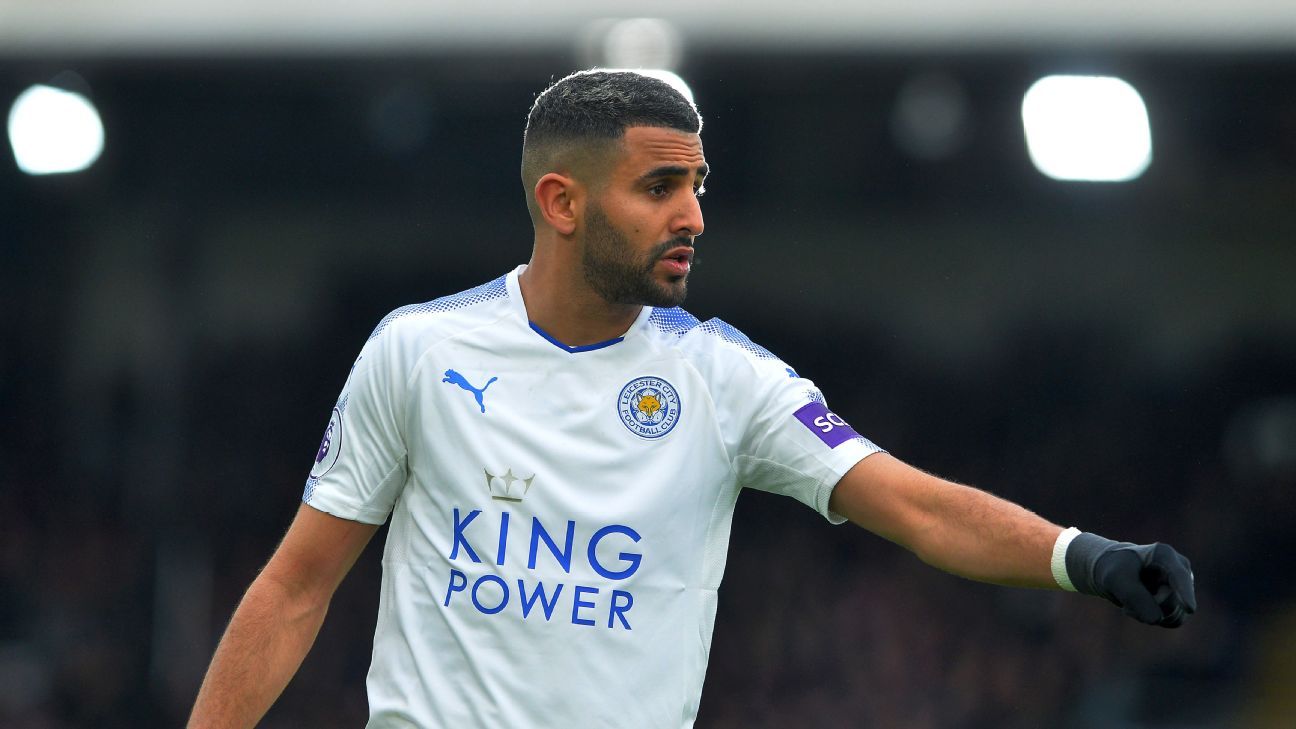 City close in on Mahrez move

Manchester City’s drawn-out pursuit of Leicester playmaker Riyad Mahrez could be days away from a conclusion, according to the Mirror.

City had seemed set to sign Mahrez in the winter only for a deal to founder because they were reportedly unwilling to meet a price tag of around £80 million for the Algeria international.

Mahrez is absent from preseason training until next week after playing in international friendlies last month, and the Mirror says that “increases the likelihood of him never pulling on the Foxes’ colours again” as the clubs “inch towards a deal.”

They cannot conclude a move until July 23, when France Under-18 international Gomes will be 18.

He was so close to being Denmark’s hero as their World Cup dreams were ended by Croatia, and now Leicester goalkeeper Kasper Schmeichel is in the sights of Roma and Chelsea, Sky Sports reports.

With Chelsea’s Thibaut Courtois and Roma’s Alisson linked with Real Madrid, Schmeichel has emerged as a potential replacement should either depart.

Alisson has also been linked with Liverpool, although reports suggest Madrid are favourites to sign him despite retaining an interest in Belgium international Courtois.

Tottenham and Arsenal could be thwarted in their attempts to sign Bordeaux star Malcom, according to the Mirror.

Malcom was strongly linked with the North London rivals in the winter, but Serie A side Inter Milan “now lead the race.”

The Mirror says Inter have tabled an offer of close to £9m for a one-year loan deal and would be willing to pay more than £26m to make that switch permanent.

But Ligue 1 Bordeaux may want more — and that could “attract fresh Premier League interest” in the Brazilian.

Huddersfield manager David Wagner is after Germany international defender Marvin Plattenhardt and Nigeria forward Ahmed Musa as he looks to augment his squad.

The Mirror reports that Musa “is in demand following his goals for Nigeria at the World Cup, with Leicester ready to cash in,” while Hertha Berlin’s Plattenhardt is a target after a deal for Erik Durm of Borussia Dortmund fell through.

Plattenhardt is also of interest to both Bournemouth and Everton, while newly-promoted Fulham could provide competition for Musa’s signature.

It says that although United opened talks about a move for the 16-year-old defender in May, Leipzig “have been busy trying to recruit some of the UK’s best young talent and are now leading the chase.”

— Stoke want Bournemouth goalkeeper Adam Federici and are in negotiations about a permanent transfer, according to Sky Sports.

Federici has a year left on his contract with the Cherries, for whom he has been third choice, but did not make an appearance for them last season.