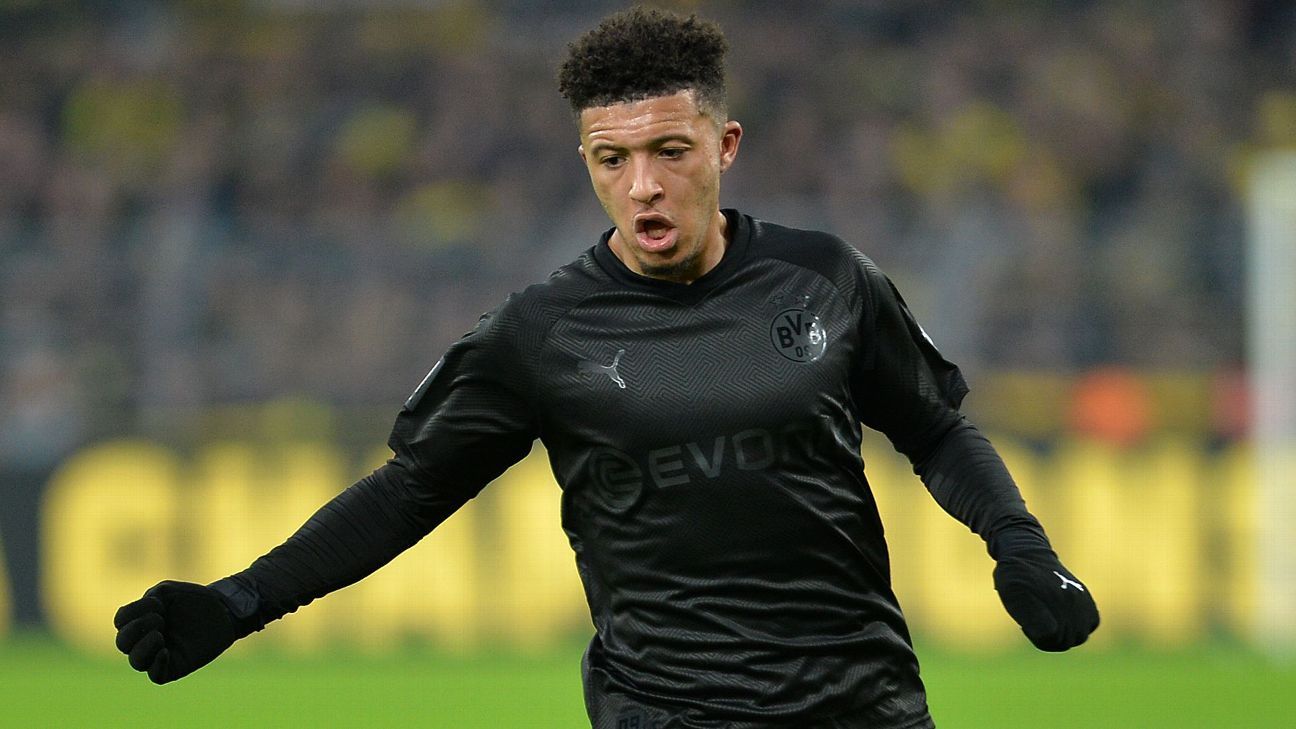 Manchester United are close to reaching an agreement with Borussia Dortmund for Jadon Sancho, according to The Sun.

Sancho is said to be worth in the region of £100 million, and while their current trio of Marcus Rashford, Anthony Martial, and Mason Greenwood is doing the job, United are seemingly ready to spend big.

The 20-year-old Sancho has recorded a total of 20 goals and 18 assists in all competitions this term in the Bundesliga, but is now ready for a Premier League move, having initially left Manchester City in 2017.

It is also suggested in the report that Jesse Lingard could be on his way out of the club, with Internazionale and AC Milan interested, and Inter looking for a way to extend Alexis Sanchez‘s deal.

Italian giants Juventus are looking to bring in a new striker to replace Gonzalo Higuain, according to Calciomercato, with Arsenal star Alexandre Lacazette an option.

It is suggested that the Italian side have made contact with Lacazette’s representatives, but have not yet begun any discussions with Arsenal. The Gunners are in a precarious situation as they attempt to secure European competition next season and retain both Lacazette and Pierre-Emerick Aubameyang.

However, Juve are reportedly more keen on Napoli‘s Arkadiusz Milik, who tops their priority list.

Canada international Jonathan David has made it known that it is his wish to join Lille as soon as possible, reports L’Equipe.

The French outfit have offered Belgian side Racing Genk €25m for the 20-year-old, who has recorded 21 goals across all competitions this term. If the move does go through, he will sign a five-year contract.

However, Genk have not yet accepted this offer, much to the frustration of David, who is keen to cross the border and join a side that has secured Champions League play next season. This has led to him warning the management about keeping him at the club.

In recent months, the youngster has also been linked with moves to big clubs such as Manchester United.

– Steve Bruce is determined for Newcastle United to sign Aston Villa midfielder John McGinn if Dean Smith’s side is relegated, reports The Daily Star. It is ex-Villa boss Bruce who brought the Scotsman to Villa Park, and he is hoping to secure the 25-year-old’s services once again. There is still uncertainty around Bruce’s position due to takeover talks at Newcastle, but he is adamant to press on with his transfer plans.

– Napoli are hoping to sign Darwin Nunez from Spanish second-division side Almeria, according to Calciomercato. The 21-year-old, who is valued at €20m to €25m, has been touted as “the new Edinson Cavani” and has 15 league goals to his name this term. It is suggested within the report that this acquisition is being proposed alongside the signing of Lille’s Victor Osimhen.

– Lyon centre-back Oumar Solet will join FC Salzburg on July 26th, the French side announced on Friday. The 20-year-old, who signed for Lyon in January 2018, will leave for €4.5m, with a potential €4m of add-ons and a 15% sell-on clause. This move comes with the defender having played just eight minutes of Ligue 1 football this season.