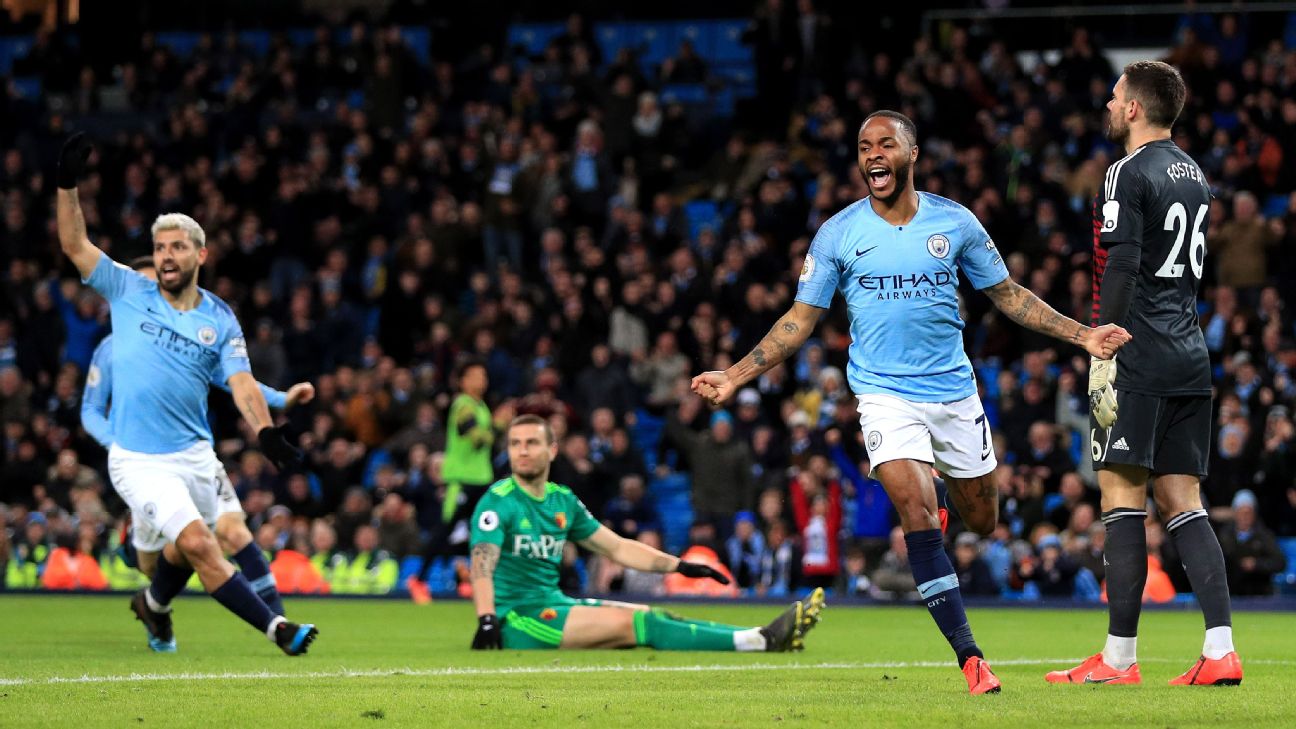 Top of the wishlist is Manchester City’s Raheem Sterling, who could leave the Premier League alongside Chelsea’s Eden Hazard and Spurs’ midfield maestro Christian Eriksen as part of Madrid’s English top flight raid.

The Spanish giants have had a long-standing interest in Sterling, having sent scouts to watch him in 2014 and 2018, while Zidane stated in 2015 that he was “monitoring him as a player.” However, Manchester City should hold the cards in this deal, as Sterling signed a hefty £300,000-a-week contract at the club until 2023 back in November.

Sterling is still on track to win the quadruple with Manchester City, which they will do should they win the Premier League, Champions League, and FA Cup, having already won the Carabao Cup this season.

Madrid are also hoping to throw Neymar into the mix to take the spending up to a massive £300 million deal this summer.

Arsenal will join the race with Leicester City for the signature of Celtic left-back Kieran Tierney, according to The Sun.

Sead Kolasinac and Nacho Monreal currently occupy the Gunners left-back options, but Unai Emery looks likely to use the upcoming summer transfer window as a chance to reinforce the wide position.

No official price tag has been put on Tierney yet, but The Guardian claimed on Wednesday that Borussia Dortmund would be willing to part with £25m for his services. Tierney has spent his entire career to date with the Scottish champions after coming through the Celtic Park youth ranks.

Former Celtic boss Brendan Rodgers wants to be re-united with Tierney at Leicester, and the 21-year-old would be an important signing for the Foxes should the rumoured move for Ben Chilwell to Manchester City go ahead this summer.

Liverpool and United told to fork out big for Rodriguez

Reports coming in from Spain indicate that Real Madrid’s James Rodriguez will set interested parties back £70m should they wish to sign him, with Liverpool and Manchester United both keeping an eye on the deal, according to El Confidencial (via Talksport).

Rodriguez is currently plying his trade in the second half of a two-year loan spell at Bayern Munich after the Colombian underwhelmed at his parent club in La Liga. His performances across two recent Champions League legs against Liverpool didn’t seem to impress Niko Kovac much either, but Bayern can still make the transfer permanent at the end of the season if they are willing to part with £50m.

Reports suggest that Madrid would rather sell Rodriguez to Liverpool or United for more money, setting Zidane up with a bigger budget ahead of next season.

– CalcioMercato has reported that AC Milan youngster Patrick Cutrone could be on his way to Lazio. The forward has found playing time hard to come by in recent weeks, and AC Milan’s loss could be Lazio’s gain as The Eagles seek an alternative for Ciro Immobile up front.

– Napoli fans rejoice, as CalcioMercato is also reporting that star man Piotr Zielinski wants to stay at the club, amid speculation that Liverpool were lining up a move for the Pole. However, it’s understood that teammate Marek Hamsik has convinced Zielinski to stay and sign a new long-term contract until 2024.