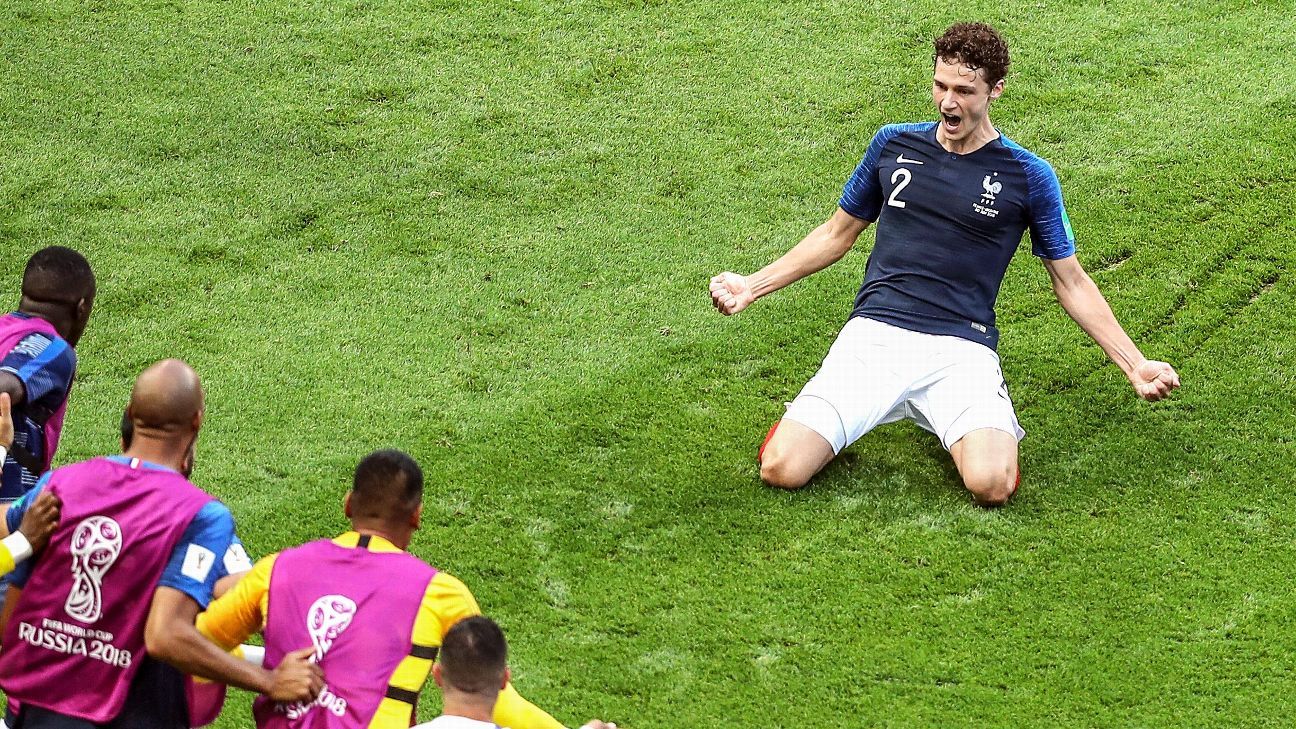 If Calciomercato are to be believed, Napoli have joined Bayern Munich, Liverpool and Tottenham in the battle to sign Benjamin Pavard. The VfB Stuttgart centre-back starred for France as a right-back during the World Cup and has been on the radars of a number of Europe’s elite ever since.

Reports in the German media throughout the summer linked the 22-year-old with a move to Bayern, but despite a number of suggestions that an agreement was in place for a deal, nothing was made official.

Liverpool are long-term admirers of the versatile defender but may drop out of the race thanks to the form of Joe Gomez alongside Virgil van Dijk. Tottenham are in the market for a defender with Toby Alderweireld set to leave in the summer. The two share a number of traits, especially their ball-playing ability, making him an ideal replacement on paper.

Pavard is believed to have a release clause in his deal which would allow him to move for €35m.

Barella to stay in Serie A … for now

Nicolo Barella will not be leaving Cagliari in January, the club president has revealed. Speaking on Tuesday, Tomasso Giulini confirmed the Italian maestro will be staying with the Serie A side, with no players expected to leave during the winter window.

Inter Milan and Juventus have both been heavily linked with the 21-year-old. Barella, who has four caps for the Italian national side, has shone in the middle third this term, resulting in comparisons to legendary AC Milan midfielder Kaka. He even had the great Andrea Pirlo praising him, with the former Juventus midfielder calling him one of the best talents in Italy.

The €50 million-rated midfielder has, according to the Daily Mirror, been trailed by Liverpool and Tottenham for a number of months, with both Premier League sides eager to add him to their ranks.

No Milan return for Ibrahimovic

After conquering L.A., it appeared Zlatan Ibrahimovic was all set for a return to AC Milan, with suggestions that negotiations had reached advanced stages. But reports in Italy are now saying that talks between the club and the player have broken down, and that a move is no longer in the offing.

The 37-year-old enjoyed a successful two-year stint with the Serie A side between 2010-12. He scored 56 goals in 85 games and won the title during his debut season there before a €20m move to Paris Saint-Germain.

A move to MLS side LA Galaxy was supposed to see Ibrahimovic winding down what has been a remarkable career. But his performances, which has seen him net 22 goals in 27 appearances while winning the 2018 MLS newcomer award, have shown that he still can play at the highest level.

Football Whispers’ transfer algorithm gives the likelihood of rumours happening a score out of 5.

The prolific Mexican could be returning to La Liga. Hernandez netted twice in the weekend win over Newcastle, but that was just his third start of the campaign. The 30-year-old is believed to have been eyeing up a return to Spain since the summer and it was only the appointment of Manuel Pellegrini that prevented the move then. Valencia are keen admirers of the former Manchester United striker, but it’s Real Sociedad who lead the race to sign him.

Free to leave Chelsea in the summer when his contract expires, Fabregas could be another player returning to Spain. The ex-Barcelona star lost his place in the starting XI at Stamford Bridge to Jorginho. The adopted Italian has impressed since his big-money move from Napoli resulting in Fabregas appearing in just 48 minutes of Premier League action. AC Milan appeared to be favourites to land the World Cup winner, but Valencia are now putting together a package to tempt him to move back to his homeland.

One of the most in-demand talents in European football. Wolf is being courted by the likes of Arsenal, Tottenham, Everton and Southampton. The 19-year-old has impressed in the Europa League for Red Bull Salzburg; the Austrians sit top of Group B having won all five of their matches. Wolf, likened to Christian Eriksen, has two goals and one assist in Europe this term and the Mirror believe he could be one of the most sought-after players in January.

If reports are to be believed, the Chelsea midfielder could be the latest English youngster to try his luck in the Bundesliga. Loftus-Cheek has forced his way into Sarri’s team over recent weeks, even finding the back of the net on five occasions in just 440 minutes of action. However, he’s far from a guaranteed starter, with Mateo Kovacic and Ross Barkley ahead of him. Schalke are interested in adding him to their ranks, but the Bundesliga outfit are just one of a number of clubs interested in the England international.

The Spanish playmaker has struggled to cement a place in Santiago Solari’s Real Madrid side over recent weeks. Reports in Italy suggest there’s tension between player and club, with the 26-year-old now prepared to move elsewhere. Juventus are keen on the fleet-footed creator but now have competition in Chelsea to land his signature. The sticking point might be the fact the reigning European champions are said to be holding out for the full £620m release clause.