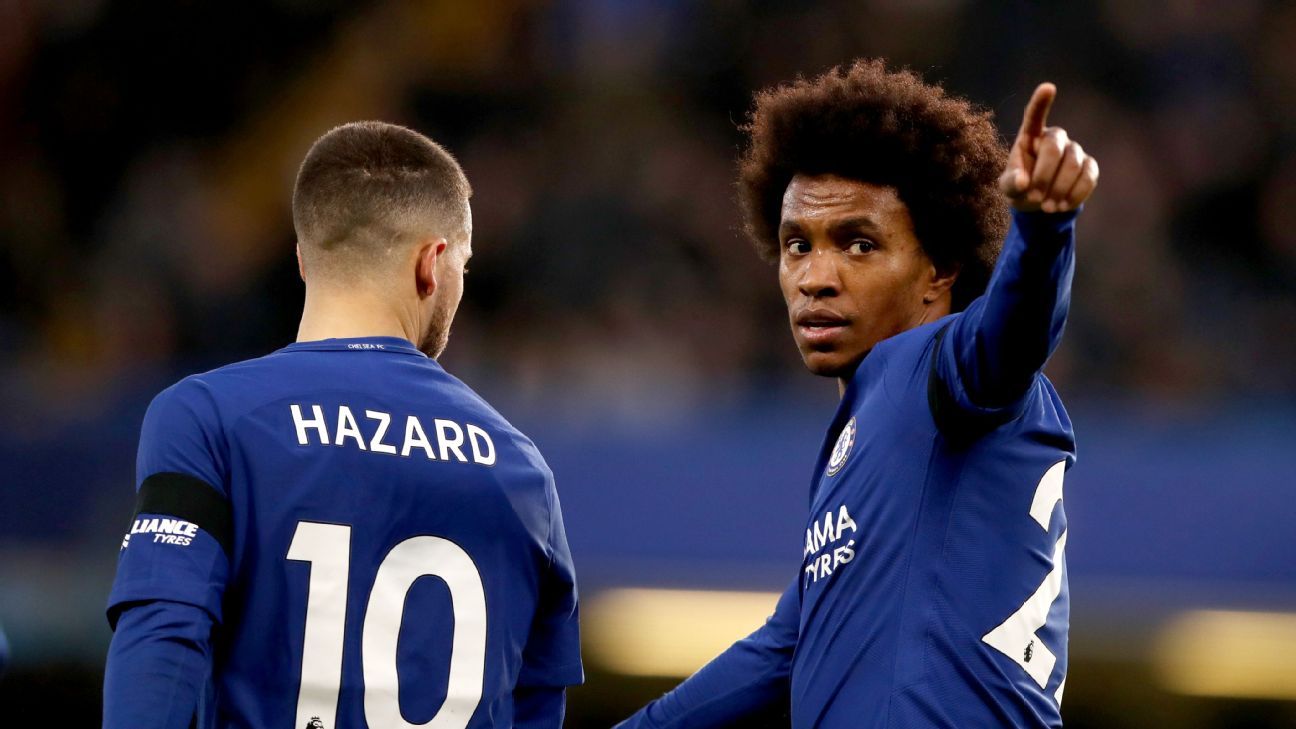 Comings and goings aplenty seem likely at Chelsea despite the uncertainty surrounding their managerial situation, and Willian could be the most eye-catching departure.

The Telegraph reports that Chelsea “are open to selling the Brazil international to Barcelona” and would rather see him go to the Camp Nou than Manchester United.

It says they “would be prepared to cash in” if Barca meet their £60 million valuation but could yet do a deal with United if forward Anthony Martial is part of it.

Sky Sports says Chelsea have “turned down a bid in excess of £50m from Barcelona,” with the La Liga champions having begun their attempts to sign Willian some three months ago.

With Chelsea in talks to sign CSKA Moscow midfielder Aleksandr Golovin, the Telegraph reports that Danny Drinkwater could be on his way for £30m, while David Luiz may head out as Juventus defender Daniele Rugani comes in.

08.45 BST: West Bromwich Albion are one of three Championship clubs interested in former Ipswich forward David McGoldrick, the Birmingham Mail reports, with the others being Bristol City and Aston Villa.

08.30 BST: Sky Sport Italia reports that Inter Milan have made contact with the agent of Manchester United full-back Matteo Darmian. Darmian has also been linked with Juventus and Napoli.

08.15 BST: To Liverpool, where striker Daniel Sturridge seems increasingly likely to leave Anfield and reports in Turkey have said Besiktas are ready to offer £10 million for him. However, the Liverpool Echo reports that a bid of nearer £15 million might be needed.

Manchester City are on the verge of a double swoop that will see Jorginho and Riyad Mahrez arrive at the Etihad Stadium, the Mirror reports.

With Italy midfielder Jorginho having been left out of Napoli’s preseason squad, a deal that had seemed in danger of collapse is now set to be done for £48m.

City “did not want to pay much more than £40m and have agreed a compromise after nearly two months of haggling,” with the player ready to sign a five-year deal.

Mahrez, who saw a move from Leicester fall through in the winter, is set to get his wish for an initial £60m, and the Premier League champions will end up paying “less than the £80m Leicester demanded in January.”

Fulham closing in on Mitrovic move

His goals played a huge part in getting Fulham back to the Premier League, and now the Londoners are set to sign Aleksandar Mitrovic permanently, the Telegraph reports.

It says a deal for the Newcastle striker, who scored 12 goals in 17 matches on loan at Craven Cottage last season, is set to be completed when he returns from holiday. Fulham “believe they have agreed a fee in principle with the Magpies, although there are still details to thrash out.”

A move would break their transfer record, with Newcastle thought likely to want £20m for Mitrovic.

His sale could help a Magpies move for Alassane Plea with an improved offer for the Nice striker — also a target for West Ham — a possibility. Newcastle are also interested in a permanent move for Chelsea’s Kenedy after his successful loan spell.

– LA Galaxy want to shore up their back line by signing U.S. and Stoke defender Geoff Cameron, according to Yahoo Sports. The Galaxy previously offered the 32-year-old a two-year deal worth $1 million per season, but that was turned down.

– Southampton’s record signing Guido Carrillo is to join Spanish side Leganes on loan next season, according to Sky Sports. It says the striker, who cost the Saints £19m, is not in manager Mark Hughes’ thinking and has been omitted from the club’s preseason tour plans.

– Everton manager Marco Silva has no intention of selling defender Mason Holgate and sees him as part of a new-look squad, the Liverpool Echo reports. England youth international Holgate, who made 21 appearances last season, “will compete for a place in central defence as well as being able to offer cover at right-back.”