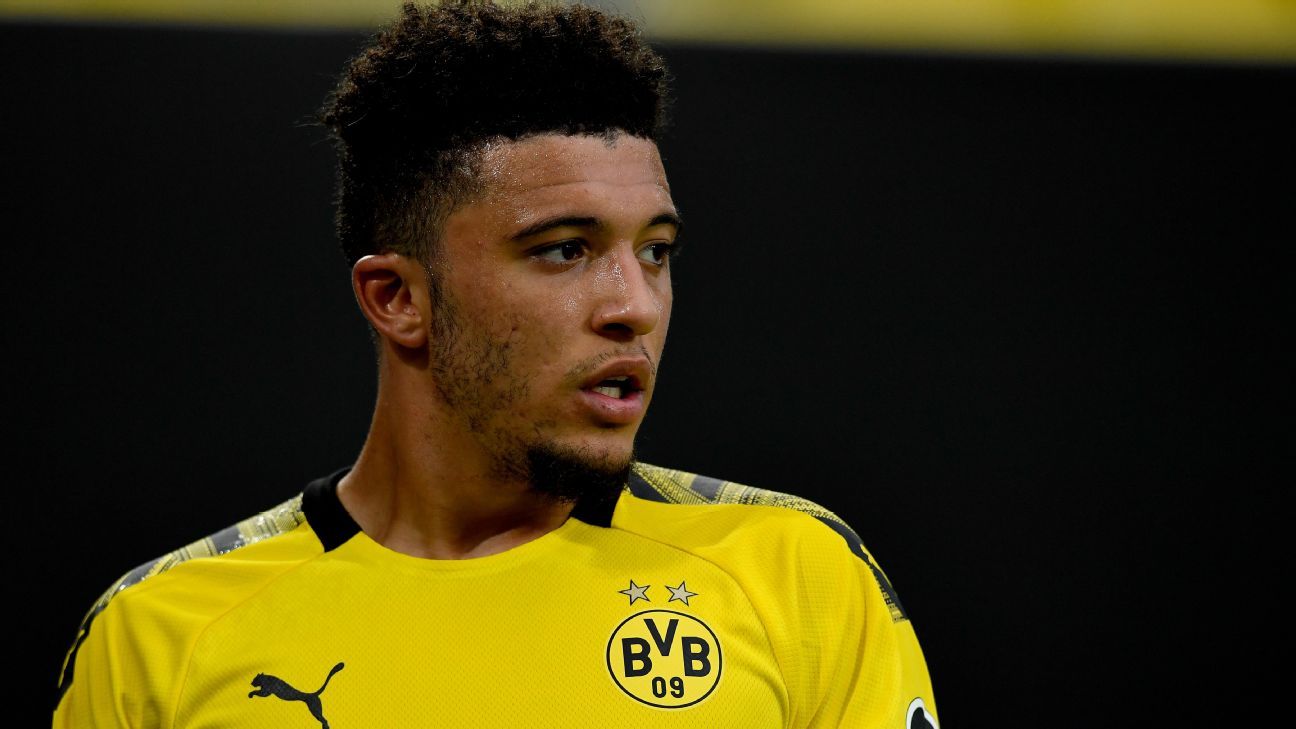 Borussia Dortmund‘s Jadon Sancho would be willing to return to Manchester City to secure his move back to the Premier League, the Sun reports.

Despite being criticised after leaving Pep Guardiola’s side in 2017, the 20-year-old is said to have told friends that he would reconsider joining back up with them rather than remaining in the Bundesliga for another season.

Having scored 19 goals and assisted another 19 across the Bundesliga and Champions League this term, Manchester United, Liverpool and Chelsea are all keeping tabs on the England international.

The interest has reportedly sparked a desire for Sancho to return home, and Man City might be best placed of all to convince Dortmund to part with their ace.

Dortmund striker Erling Haaland heads up an ambitious list of names being targeted by Paris Saint-Germain, according to Foot Mercato.

Haaland moved to Germany from Salzburg only in January but, following 14 goals in 15 appearances, the Parisian outfit are already looking to bring him to the Parc des Princes.

Other players included on the list are Eduardo Camavinga and Sergej Milinkovic-Savic, of Rennes and Lazio, respectively.

Inter front-runners for Semedo despite difficulties

Barcelona are running out of places to send Portugal international Nelson Semedo, whom they are adamant they want to sell, according to Marca.

They had previously been looking to strike deals with Juventus and Manchester City, but neither of these now seems viable. That is because the Italians won’t meet his demands and City aren’t interested in swapping Joao Cancelo for him.

This puts Inter Milan in the driving seat, though there currently is a dispute over the value Semedo could hold in a potential swap deal for Barca’s primary target this summer: Lautaro Martinez.

The French champions have confirmed that they will let Layvin Kurzawa leave, with it now being reported by Le10sport that they are looking at Alex Telles and Nicolas Tagliafico to replace him.

Kurzawa has managed only nine Ligue 1 starts this campaign, and will therefore be allowed to leave for free when his contract comes to an end.

There is a chance that the Parisians could face competition from Chelsea if Frank Lampard’s side miss out on Ben Chilwell, but PSG’s eyes are firmly set on the Porto and Ajax men to fill the void at left-back.

– Rennes winger M’Baye Niang is attracting attention from an unnamed Qatari side, according to L’Equipe.

The 25-year-old has also received attention from Marseille, though they have been slow in moving for him, which could impact the move. It is also seen as a possibility that he could be drawn in by a move to Qatar.

– Inter Milan will do all they can to keep hold of 17-year-old forward Sebastiano Esposito, according to Calciomercato. The teenager has made 12 appearances across all competitions for Antonio Conte’s side this season, and is said to be targeted by various clubs, including Parma, Atalanta and Fiorentina.

– Adil Aouchiche could be set to join Saint-Etienne upon the culmination of his contract with PSG, as reported by Foot Mercato. The teenager is highly regarded, but it is understood that the French giants will let him leave, with the side in green set to be his next club.