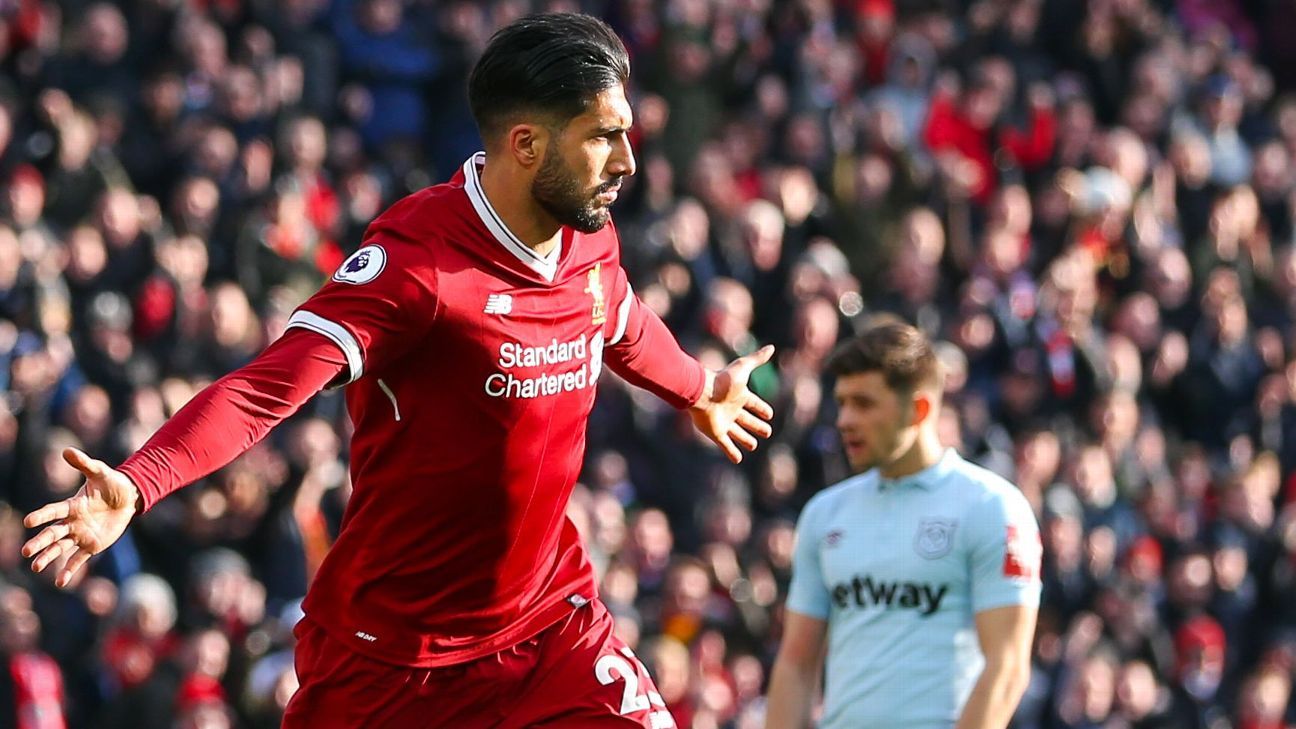 After months of negotiations with Liverpool over a new contract, Emre Can has set his demands at £200,000 a week to commit his future to the Anfield club.

The Germany international has been the subject of fevered speculation in recent weeks, with Juventus, Bayern Munich and Manchester City all keen on acquiring his signature.

However, Liverpool remain desperate to hold on to Can and The Sun now reports that he could be persuaded to stick with Jurgen Klopp’s side if he is offered an enormous pay rise.

Can is free to sign a pre-contract agreement with foreign clubs at any stage, but has delayed making a decision on his future until the end of the campaign.

With Mohamed Salah also in line for a new deal to fend off interest from Real Madrid, it looks like the Reds are set for an expensive summer.

Barcelona are closing in on Antoine Griezmann as they prepare to thrash out a transfer with Atletico Madrid, according to Spanish outlet Sport.

The France international has long been a target for the Nou Camp club and, with Luis Suarez turning 32 next season, they have finally decided to make a move.

It has been reported that Griezmann’s release clause — which currently stands at £200 million — will revert to £100m in July, potentially sparking a bidding war if Barca fail to reach an agreement before that stage.

Manchester United and Chelsea have also been keeping tabs on the 27-year-old as they weigh up making a bid in the summer.

Jorginho could be on his way to Old Trafford at the end of the season after Manchester United officials met with the Napoli midfielder’s agent, claims the Daily Mirror.

The 26-year-old has been linked with a host of clubs — including Barcelona, Real Madrid, Arsenal and Liverpool — but United have attempted to sneak to the front of the queue.

The Red Devils apparently held talks with Jorginho’s representatives after he featured in Italy’s 2-0 friendly defeat to Argentina at the Etihad Stadium on Friday.

The Brazilian-born star is valued at £50m and could replace Paul Pogba in Jose Mourinho’s midfield next season.

– Inter Milan have pulled off a coup by agreeing to sign Stefan de Vrij from Lazio when his contract expires in the summer, reports La Gazzetta dello Sport. The Netherlands international had been a target for Barcelona and Manchester City after leading Lazio’s challenge to secure a Champions League place this term.

– Brighton and Bournemouth are chasing Celtic winger Scott Sinclair, according to the Daily Mail. The 28-year-old previously played in the Premier League for Swansea, Manchester City and Aston Villa before moving to Parkhead in 2016.