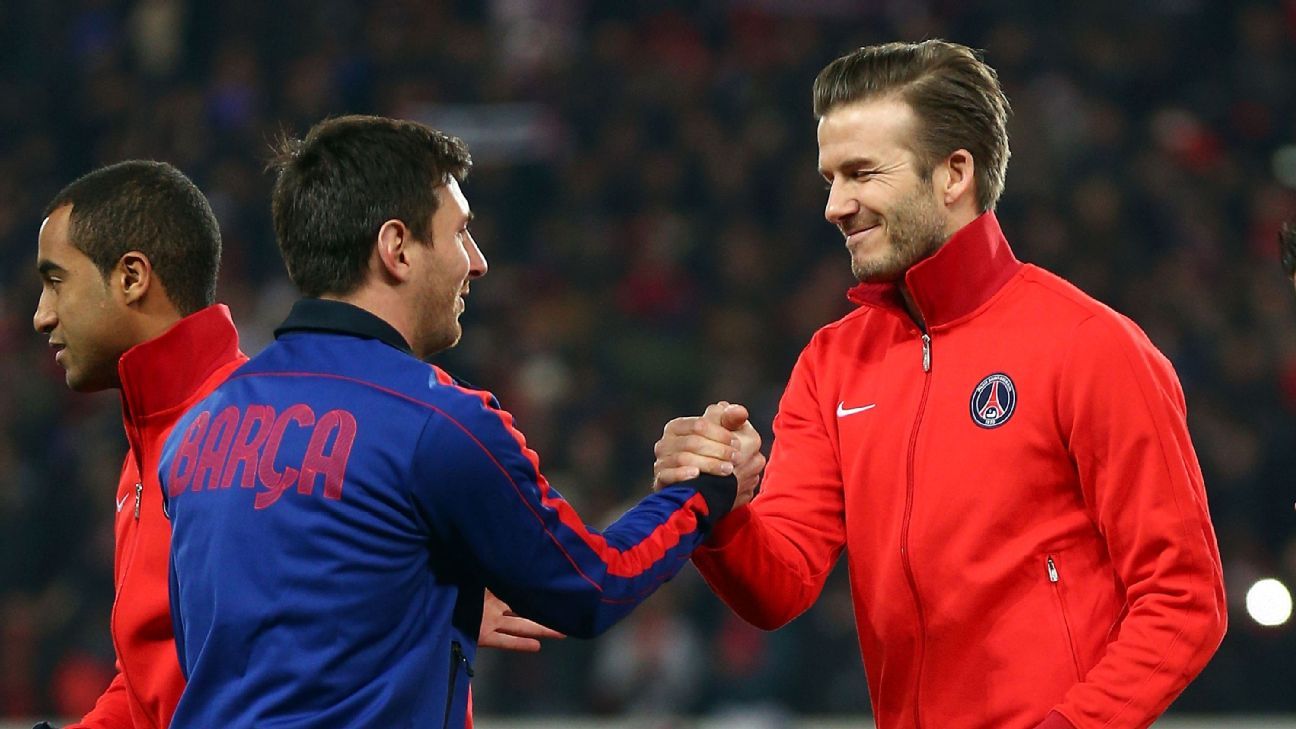 
The transfer window has closed across Europe, but thankfully, it’s never too late to look forward to January! Click here to view the latest transfers and keep up to date with the newest gossip below.

David Beckham has approached Lionel Messi about a sensational move to Inter Miami when the expansion club debuts in Major League Soccer next season, the Sun cites Barcelona Radio as reporting.

Beckham’s new club launches in March 2020, and Messi reportedly is available to leave the Spanish champions for nothing this summer, thanks to a contract that allows him to join a club outside of Europe for free at the end of each season.

Beckham has admitted he’s searching the world for elite-level players, which is why the Inter Miami owner is starting at the top of the tree. He has also admitted he’s keen on approaching Cristiano Ronaldo, and Luis Suarez and Edinson Cavani both have been linked with moves to South Beach.

Barcelona Radio’s Xavi Campos is reporting that this potentially “huge” deal “interests” the five-time Ballon d’Or winner. However, Barca chief Josep Maria Bartomeu insists the club are keen to keep their star man until 2022 at the very least. Catalan outlet Mundo Deportivo recently suggested Barca were ready to offer Messi a lifetime contract, which would keep him at Camp Nou until the end of his career.

Spurs, PSG to fight for Dybala in January

Tottenham were linked with a sensational move for Paulo Dybala in the summer, and Football Italia cites Italian title Tuttosport as reporting that Mauricio Pochettino is prepared to reignite his interest and battle French champions Paris Saint-Germain for the Argentina international’s signature.

Spurs were unable to agree terms with the player in August, while PSG failed to get a deal over the line as the English and French clubs looked to take the player off Juve’s hands. Dybala was surplus to requirements last season and has only played 14 minutes of the 2019-20 campaign so far, and Juve sporting director Fabio Paratici has admitted that the club are still interested in offloading the attacking talent.

– Marcotti: Why the likes of Bale, Neymar and Dybala weren’t sold
– Ogden: Could Solskjaer, Pochettino be next to go?

Manchester United also made a late move for Dyabala and, like Spurs, were unable to agree personal terms.

Chelsea are looking to reinforce their defence in January if their two-transfer-window ban is lifted, and Nice defender Youcef Atal is top of the list, according to the Mail, which cites unnamed reports.

The Blues have won one game, lost one and drawn twice from their opening four contests, which has left them 11th in the Premier League table.

Boss Frank Lampard has been concerned about the fragility of his side’s defence. His team have conceded nine goals in 360 minutes, which is why he is keen to land Atal, who’s starring under the tutelage of Patrick Vieira. As it stands, Lampard will have to wait until next summer unless Chelsea can reduce their ban and buy the defender in January. The club have contested the punishment and remain hopeful that the ban will be overturned.

– PSG will put Neymar up for sale on January 1, Catalan outlet Sport cites Tuttosport as reporting, with sporting director Leonardo wanting his compatriot out of the Parisian club as soon as possible. The Brazil international’s future was one of the summer’s ongoing sagas, and while he wasn’t able to leave the French capital as he desired, he could still make a move when the next transfer window opens. Barcelona, Real Madrid and Juventus were all keen to secure his services, while the French champions are seemingly on board with letting him go.