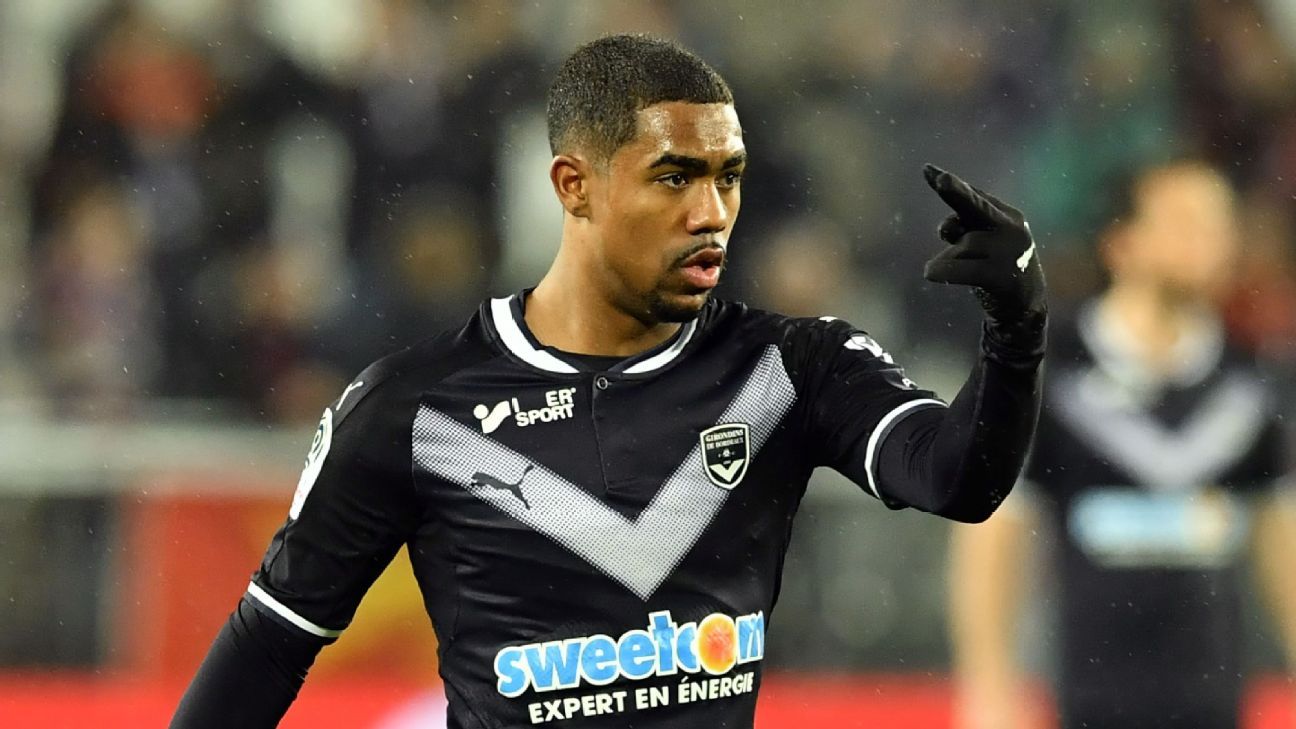 The transfer window is open, and Transfer Talk has the latest rumours making the rounds. Follow along with our daily blog throughout the summer.

When does the transfer window close in the Premier League and the top European leagues?

TOP STORY: Malcom in the middle

In a surprise twist late Monday, Barcelona have emerged as favourites to sign highly rated Bordeaux winger Malcom, according to Mundo Deportivo.

The day began with Roma in pole position to bring in the Brazilian, with the club’s fans even assembling at the airport to welcome the new arrival after a €32 million transfer was agreed.

But as Malcom prepared to fly in for a medical, Barcelona gazumped the Serie A side’s offer to leave the player grounded in Bordeaux.

It’s reported that Barca have made a higher bid than Roma for the talented 21-year-old, who notched 10 goals and seven assists in Ligue 1 last season.

Mundo Deportivo reports that the Liga giants have been forced to move for Malcom as a Plan B after failing to agree a £55m fee with Chelsea for Willian.

They could still face a battle to seal the deal for Malcom, however, with Sky Sport Italia claiming Roma will resume negotiations with Bordeaux despite the shock setback.

09.50 BST: News is always more fun when Napoli president Aurelio De Laurentiis is making the headlines. As reported by Sky Sport Italia, De Laurentiis has denied that deals are in place with Paris Saint-Germain over Edinson Cavani and Dries Mertens swapping clubs, while he says Napoli have first option on Fiorentina winger Federico Chiesa next summer.

09.40 BST: L’Equipe write that Monaco will allow Joao Moutinho to join Wolves, and will replace him with Chelsea target Aleksandr Golovin and Strasbourg’s Jean-Eudes Aholou.

09.30 BST: Manchester United have given up all hope of signing Gareth Bale this summer, according to AS, and will instead turn their attentions to signing Real Madrid teammate Toni Kroos. They write that Jose Mourinho is also interested in Raphael Varane, but he will not be leaving the club.

09.15 BST: After their move for Jorginho fell through, Manchester City have turned their attentions to Juventus midfielder Miralem Pjanic. Calciomercato say that the Bosnia international, who is also wanted by Barcelona and Chelsea, will be the subject of a bid from the Premier League champions very shortly.

09.05 BST: Could you ever have imagined a day where Bournemouth would be competing with Borussia Dortmund? Sources have told ESPN FC that the Cherries have held off competition from the Bundesliga side and are pushing ahead to sign Leganes left-back Diego Rico, who is set for a medical today.

08.40 BST: On-loan Bayern Munich star James Rodriguez says he is happy and feels loved at the Bundesliga side, After falling out of favour with previous Blancos coach Zinedine Zidane, James joined Bayern on a two season loan last summer, with the agreement including an option to make the move permanent in July 2019. Asked on Colombian YouTube programme “The Suso’s Show” whether he was staying at Bayern, the 27-year-old said his first year in Germany had been “spectacular” and he felt a close bond with the club and its fans: “At the moment, yes. I had a spectacular first season there. They love me a lot, the club, the fans.”

08.20 BST: Could Leonardo Bonucci be returning to Juventus after just one season at AC Milan? The 31-year-old is reported to be unsettled at the San Siro and even pondering a move back to Turin, with Gazzetta dello Sport reporting he could be part of a swap deal with Gonzalo Higuain heading in the opposite direction.

08.00 BST: Stoke City have already seen Xherdan Shaqiri leave for Liverpool since they were relegated from the Premier League, and now they may have a fight on their hands to keep hold of Jack Butland. According to Sky, the England goalkeeper is being lined up as a target by Chelsea should Thibaut Courtois leave the club this summer.

Christian Pulisic could have some pretty big boots to fill after emerging as the latest name on Real Madrid’s list of targets to replace Cristiano Ronaldo, reports the Daily Mail.

With Neymar and Eden Hazard seemingly out of reach this summer, Madrid are thought to be plotting a £60m move for the 19-year-old.

The European champions have already loaned teenage full-back Achraf Hakimi to Dortmund, which could help sweeten a deal for Pulisic should they follow up their interest.

The U.S. international showcased his quality with a man-of-the-match display in a 3-1 friendly victory over Liverpool on Sunday, and has also been linked with Bayern Munich, Chelsea, Liverpool and Manchester United.

Senegal star Ismaila Sarr is being tracked by a host of Premier League clubs after impressing with his performances at the World Cup.

According to the Sun, Manchester United, Chelsea, Liverpool and Arsenal are all eyeing the 20-year-old, who is valued at around £50m by French outfit Rennes.

Barcelona and Juventus are also believed to be interested in the winger, with Sarr’s agent, Thierno Seydi, comparing his client to another Rennes graduate, Ousmane Dembele.

Sarr chipped in with five goals and three assists in 24 Ligue 1 appearances last season, which suggests he still has some way to go to fulfil his potential.

– Thierry Henry is close to taking his first managerial job with Championship side Aston Villa, writes the Daily Star. The Arsenal legend recently announced his intention to focus on his coaching career after assisting Roberto Martinez in Belgium’s run to the World Cup semifinals.

– According to the Guardian, Jose Mourinho is open to selling Anthony Martial this summer, but would prefer the Frenchman to join a club outside the Premier League. Chelsea and Tottenham have both made enquiries for the winger, who will cost at least £50m.

– Spurs could fund a move for Martial by selling strike duo Vincent Janssen and Fernando Llorente, reports the Evening Standard. Both attackers have struggled to settle in North London, with Spurs hoping to recoup around £30m.

– Newcastle continue to root through the transfer market bargain bin as they line up a bid for Deportivo La Coruna defender Fabian Schar. The Daily Mail reports that the Switzerland international has a £3.5m release clause following Deportivo’s relegation from La Liga.

– Fulham have launched a £26m move for Real Sociedad forward Willian Jose as they search for an alternative to Aleksandar Mitrovic, according to the Sun. Mitrovic enjoyed a successful spell on loan with the Cottagers last season, but so far they have been unable to agree a permanent deal with Newcastle.

– Nemanja Gudelj looks set to leave Guangzhou Evergrande less than half a season after signing for the Chinese Super League champions from Tianjin Teda, according to Chinese media. The Serbia international midfielder has been deemed surplus to requirements by the two-time Asian champions following the return of Paulinho, who rejoined the club from Barcelona on loan following the World Cup. Reports in Turkey claim Gudelj has been offered to Fenerbahce.