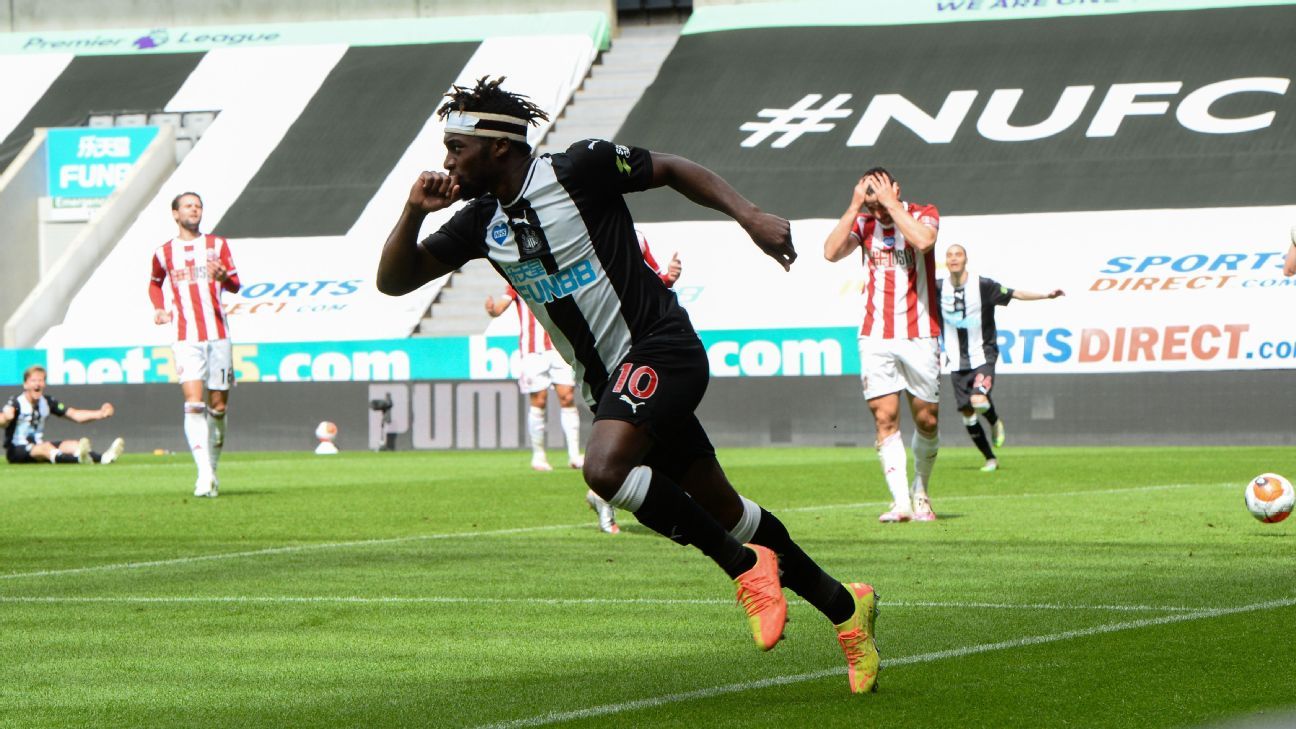 Saint-Maximin a man in demand

Newcastle United winger Allan Saint-Maximin is a transfer target for both Arsenal and Napoli, according to Le10Sport.

The 23-year-old has scored four goals and added seven assists in all competitions in his first season at England after signing from Saint-Etienne, and such form has seen a number of clubs consider a bid for his services. Paris Saint-Germain are also said to be interested in the Frenchman.

Saint-Maximin has five years left on his contract, and Newcastle are reportedly unwilling to listen to offers below £30 million.

Representatives of all clubs interested are said to have made contact with Saint-Maximin, though none have made an official approach yet.

Inter hoping for Martinez to stay as deadline looms

Inter Milan are hoping striker Lautaro Martinez will shun a move to Barcelona and instead accept a new deal when his release clause expires on Tuesday, according to Tuttosport.

The Argentine striker has been linked with a move to Camp Nou for most of 2020, and he has a release clause in his contract of £97m that can be activated only by non-Italian clubs by Tuesday.

And with just two days remaining of his current contract, Inter are hoping the deadline will pass, enabling them to offer the forward a new and improved deal.

It is rumoured that Inter will attempt to double Martinez’s salary from £2.5m a year to £5m.

Barcelona are keen to partner Martinez with Lionel Messi as they look for a long-term replacement for Luis Suarez. However, given the current financial uncertainty amid the pandemic, they’ve been struggling to find a way to finance a tangible bid for the 22-year-old, and Inter have been unwilling to budge on the price.

Juventus are considering a move for Chelsea midfielder Jorginho, according to Calciomercato.

Jorginho has fallen down the pecking order at Stamford Bridge and hasn’t featured in any of the Blues’ past five games, of which Frank Lampard’s side have won four and lost only once.

Juve boss Maurizio Sarri is known to be a huge fan of the Brazilian, having coached him at Stamford Bridge as well as previously at Napoli. It is believed Chelsea would want €50m, though that figure is considered too high by the Italian league leaders.

There is plenty of time to negotiate, but Juve could also consider using a player as a makeweight to reduce the cost, with Douglas Costa, Federico Bernardeschi and Alex Sandro all options.

Jorginho wants to play more first-team football and he likely would be given that opportunity under his old boss.

– Marca says European clubs have been put on red alert after Mario Mandzukic rescinded his contract at Al-Duhail to become a free agent. The striker has called time on his move to Qatar after just six months. The 34-year-old joined the club from Juventus in January and scored one goal in seven games, but he has terminated his contract by mutual consent. Manchester United were linked with Mandzukic before signing Odion Ighalo.

– Barcelona are keen to sell Ivan Rakitic before he’s able to leave on a free transfer next year, and the Catalan club are even open to reducing his fee to force through his exit this summer. Sport reports that Rakitic is in no rush to leave and instead is happy to see out his contract, which is why Barca are hoping a drop in price will help facilitate his departure. Sevilla are currently the front-runners to sign the Croatian.